Pope Francis has criticised a ‘culture of insults’ in the world and warned that ‘the more we use social media, the less social we are becoming’.

In his homily during Pentecost Mass in St Peter’s Square, Pope Francis also said that the Catholic Church risks becoming an organisation with propaganda as its mission, instead of a drive to foster joy and harmony.

He warned of the temptation to cling to ‘our little group and to the things and people we like’, saying it was only a ‘small step from a nest to a sect, even within the church’.

The pope added that there was a lack of harmony in the world and that it was leading to ‘stark divisions’. 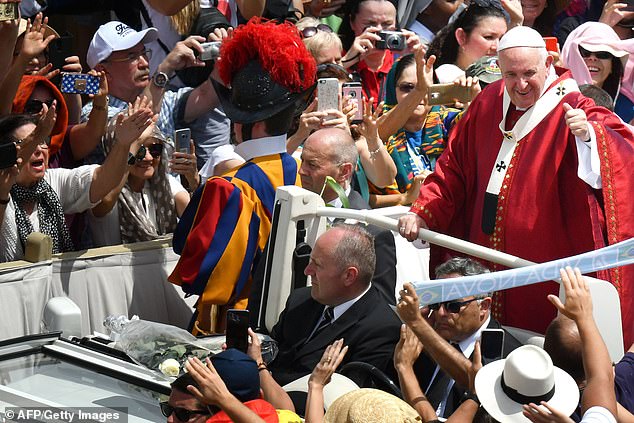 In his speech, he also claimed that it was ‘fashionable to hurl adjectives’, and recommended people respond ‘to malice with goodness, to shouting with silence, to gossip with prayer, to defeatism with encouragement.’

After Mass, the Vatican released a papal message about the church’s mission in the world. 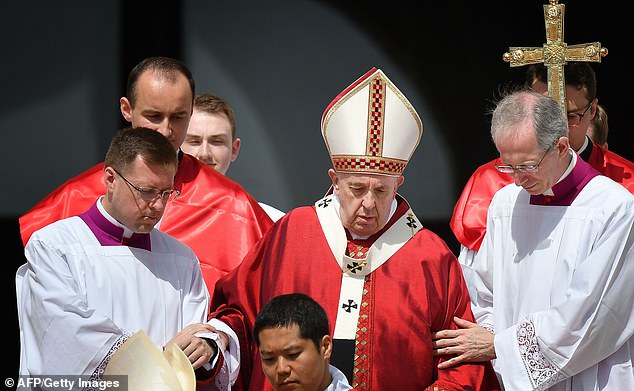 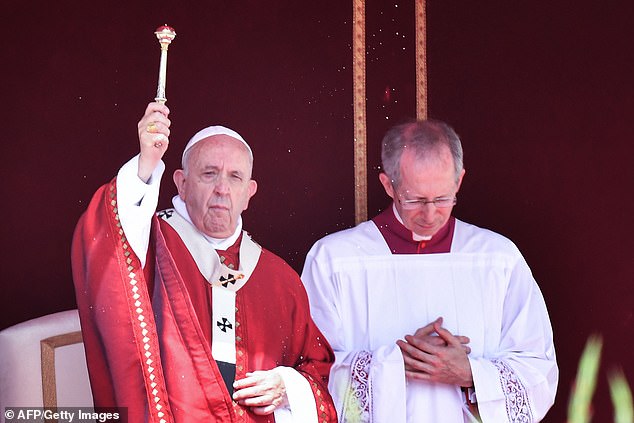 Francis echoed a call a century ago by Pope Benedict XV, after the devastation of the First World War, for ‘an end to all forms of nationalism and ethnocentrism’.

He also cited a reminder by the same pope that ‘the church’s universal mission requires setting aside exclusivist ideas of membership in one’s own country and ethnic group’.

Francis said: ‘No one ought to remain closed in self-absorption.’

Mother shares raw photographs showing the moment she gave birth to her son on the toilet
Michael Cohen gets THREE YEARS in prison after weeping about his own 'blind loyalty' to Donald Trump
AstraZeneca ALREADY manufacturing Covid vaccine in three countries
Boris Johnson and Carrie Symonds stop off in St Lucia on first day of their holiday
Rarely-seen photos of Sarah Jessica Parker and couture wedding dresses from Sex and the City
Brexit: Jeremy Hunt warns EU departure could be delayed
HENRY DEEDES: Boris Johnson was like a tin of Pedigree Chum attacked by a schnauzer
LeBron James and the LA Lakers comfort each other while wearing Kobe Bryant's numbers during tribute