A football fan ‘punched a police horse’ during a clash between Southampton and Portsmouth fans on Tuesday night.

The Pompey supporter was chased by the horse before the man turns around and appears to hit the animal in the nose.

The officer on the horse then chases the fan down the street before he is surrounded by authorities. 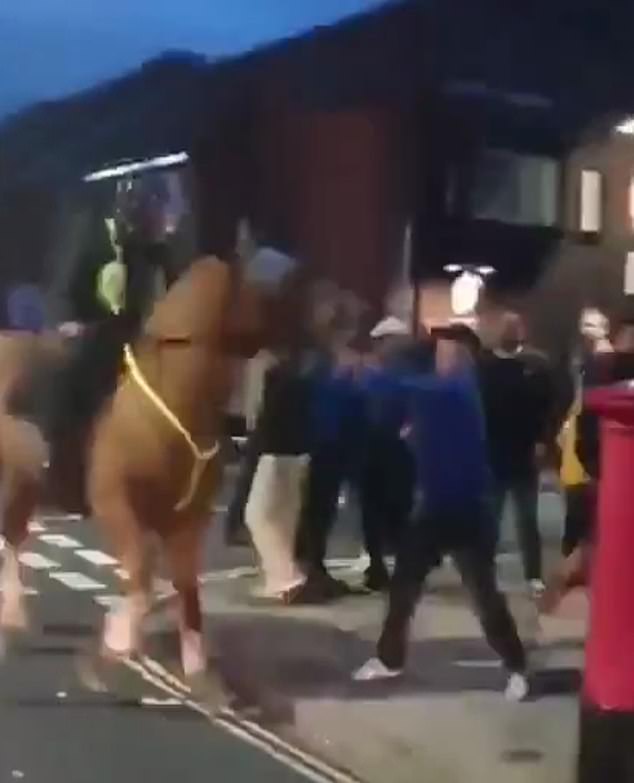 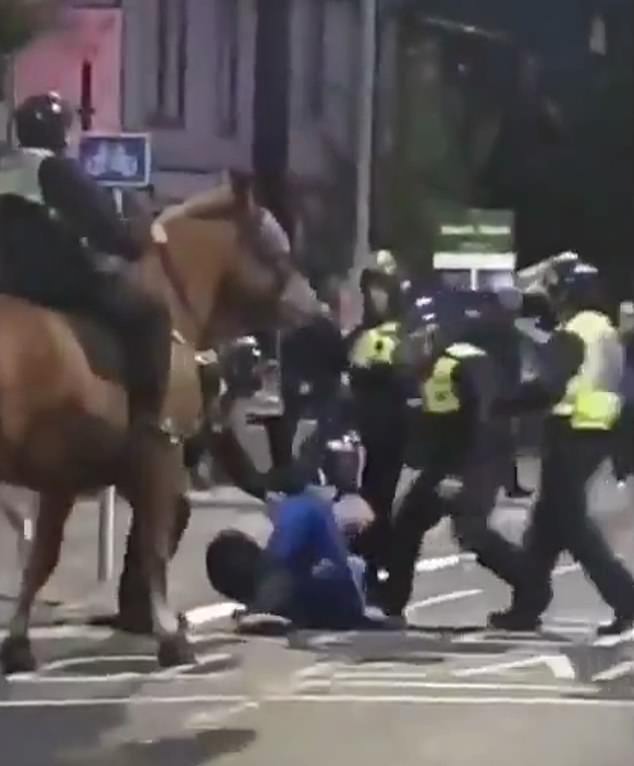 The man is pinned to the floor and is restrained by a number of officers.

This comes after an officer was hurled to the floor as supporters pushed and shoved each other before the game.

A sea of authorities had to huddle around the two sets of fans to guide them into Fratton Park.

Footage on social media posted by @southwellstu showed an officer falling to the floor as supporters pushed and shoved each other.

The Carabao Cup third-round fixture which Saints won 4-0 at Fratton Park, was the first meeting between the two sides since 2012.

Coins, bottles and smoke grenades were also thrown as pockets of abuse and violence broke out. 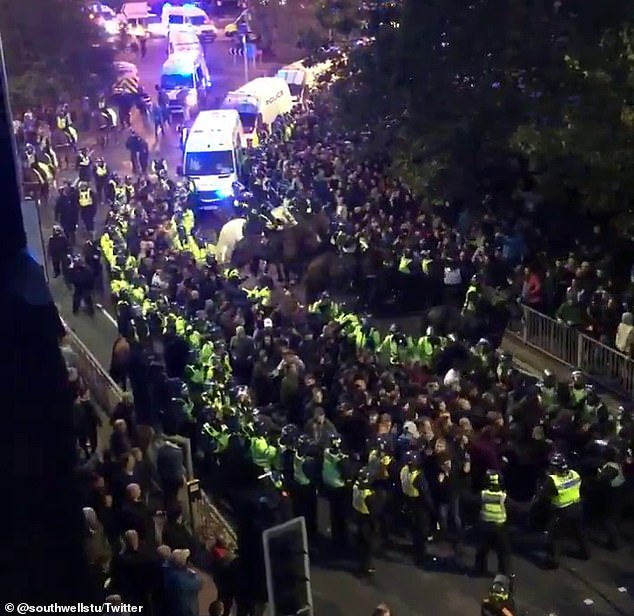 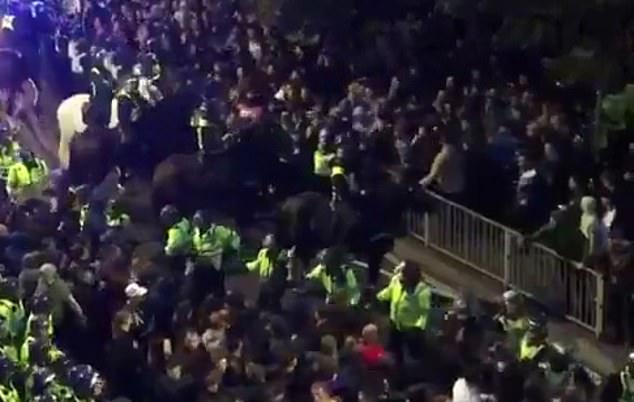 The Hampshire Constabulary had to draft in officers from outside the county, including Kent and Thames Valley authorities.

Before the match, Hampshire Constabulary insisted it would be their largest ever football policing operation.

The last time these two sides met, five fans were arrested and six were removed from the stadium.

Danny Ings scored twice, and Cedric Soares and Nathan Redmond also got on the act as the Premier League outfit thrashed their fiercest rivals. 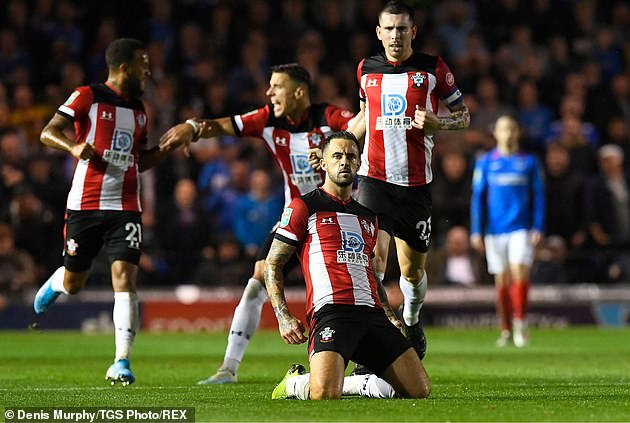