Portugal had a penalty in Porto overturned with Switzerland awarded one for an incident which had happened just moments earlier when Steven Zuber had been tripped.

Ricardo Rodriguez made no mistake from the spot, slipping his effort under Rui Patricio to bring the Swiss level at 1-1 in the second-half. 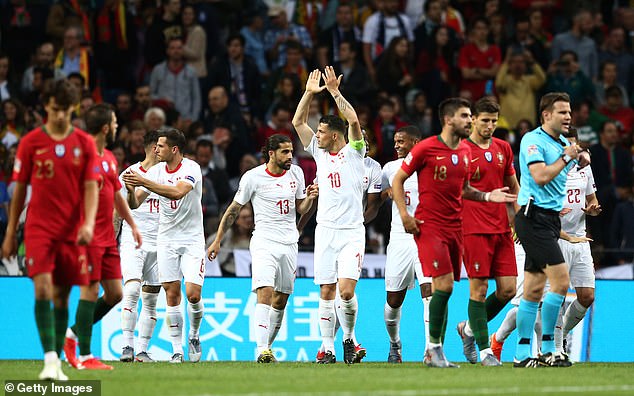 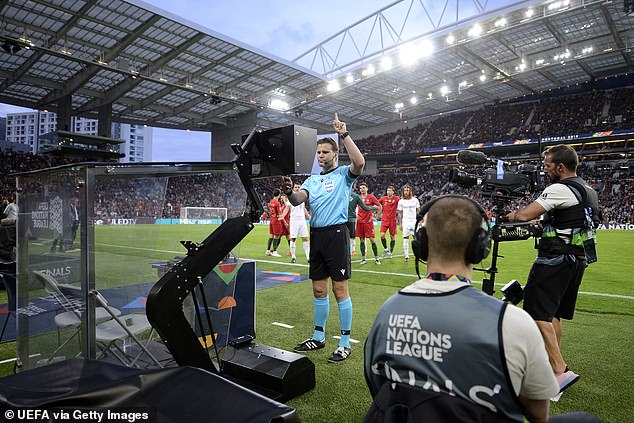 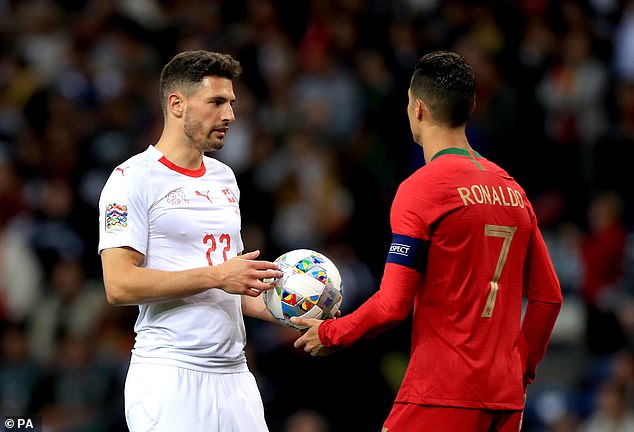 The crowd inside the Estadio do Dragao were left stunned as referee Felix Brych was forced to halt Portuguese celebrations.

Portugal were awarded a spot kick after Bernardo Silva was fouled inside the Swiss area.

Swiss players surrounded the official as they protest an incident that had happened just moments earlier on the other side of the pitch.

But the VAR was already checking an incident that had happened just a few moments earlier at the other end of the pitch. 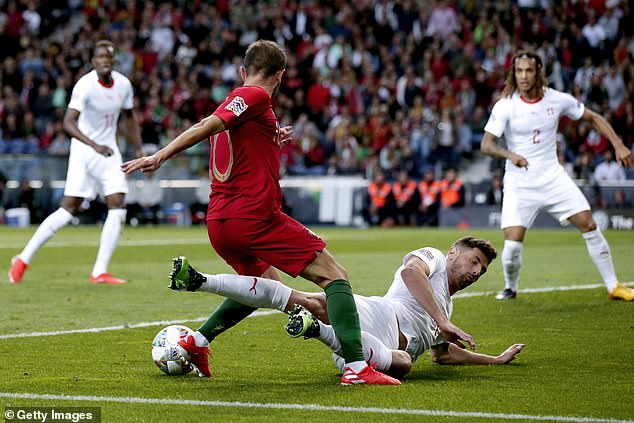 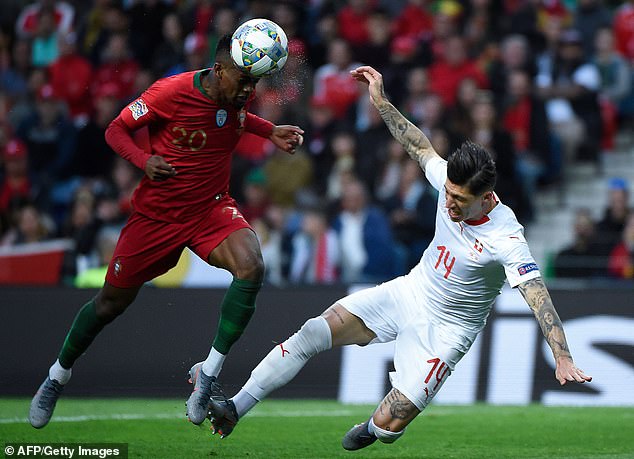 Confusion reigned as the players argued among themselves and after an age referee Brych made the VAR signal and checked the monitor on the side of the pitch.

The incident in question saw Nelson Semedo trip Steven Zuber as they challenged for an aerial ball in the Portuguese area.

Brych overturned his call and pointed to a penalty for the Swiss as Manchester City’s Silva led the protests from the Portuguese players. 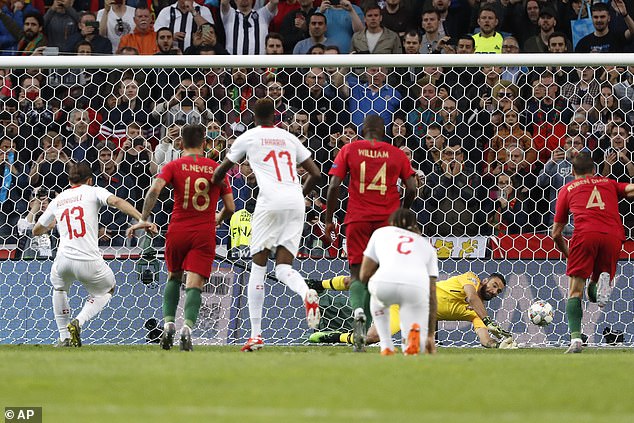 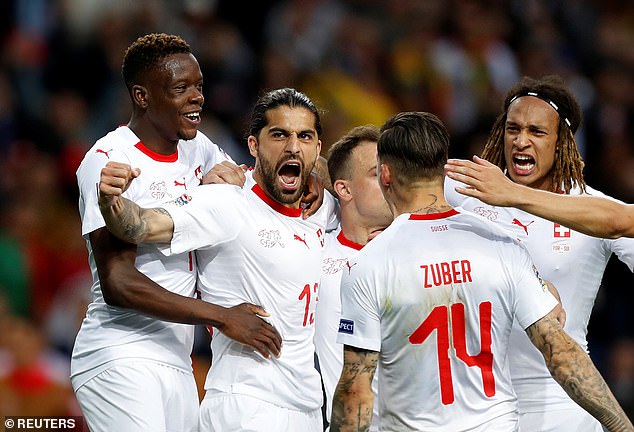 Switzerland’s joy was shortlived however as Cristiano Ronaldo, denied the opportunity of doubling his tally for the night from the spot, fired home two late goals for Portugal.

He met a cut back from Silva with a rifled finish low into the bottom corner to give Portugal an 88th minute lead.

He then completed his hat-trick with a curling finish into the same corner just two minutes later to send Portugal into Sunday’s final.

They will face the winner between England and Holland in the other semi-final on Thursday.

DR MICHAEL MOSLEY: Have faith! Your 2019 resolution WILL work... if you chuck these out
New Speaker Lindsay Hoyle vows to end 'bear pit' politics as he takes charge of Commons
The Duchess of Cornwall attends a tea reception for the Booker Prize Foundation in London
He drove the botched 'Nick the fantasist' inquiry... only to be promoted to run Britain's 'FBI'
‘Chicken’ Theresa May has ‘completely bottled’ Brexit says Boris
Australian Open slammed after tennis player quits due to breathing difficulties from bushfire smoke
Sainsbury's predicts loss of more than £500m profits this year
Kate joins children for photography workshop as she's named patron of Royal Photographic Society