The creator of much-loved children’s characters Postman Pat and Rosie and Jim has died aged 85.

John Cunliffe passed away in his home town of Ilkley, West Yorkshire, last Thursday and is survived by his only son.

Tributes to the children’s author and poet flooded social media after news of his death was announced in his local newspaper today.

Fans wrote of how Mr Cunliffe ‘filled their childhood with so many happy memories’. 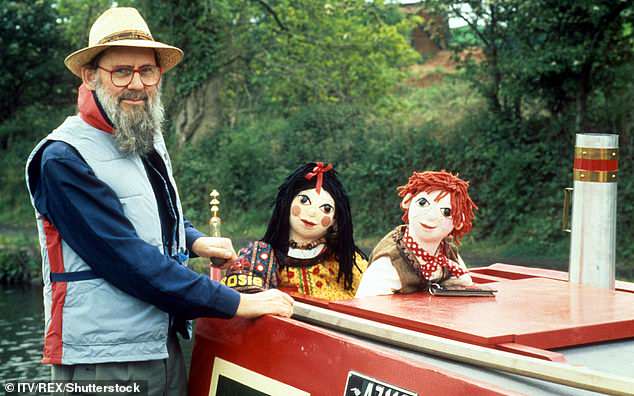 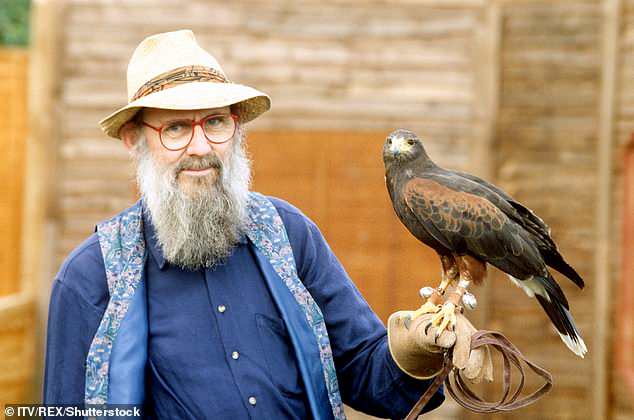 John Cunliffe passed away in his home town of Ikley, West Yorkshire, last Thursday and is survived by his only son 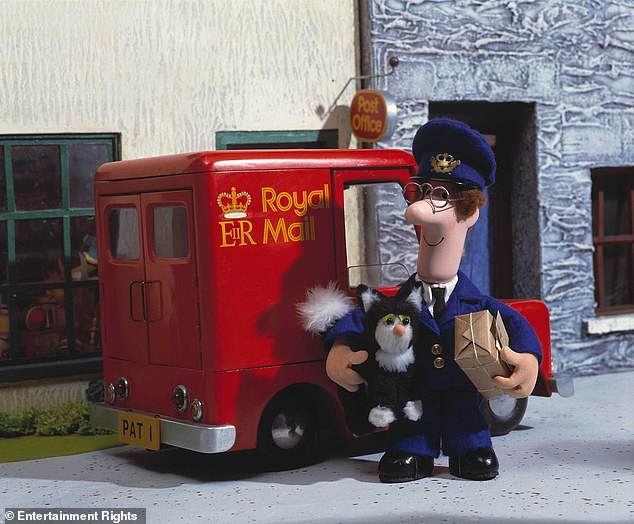 Mr Cunliffe lived in Kendal, the Lake District, for much of life, which served as inspiration for the villages Postman Pat (pictured with cat Jess) served

A tribute in the Ilkley Gazette today read: ‘John Cunliffe left his Ilkley home in a deluge of rain on Thursday, September 20, never to return.

‘Even the skies wept for John, the gifted creator of Postman Pat, Rosie and Jim and author of many earlier published collections of poetry and picture story books for children.

‘John’s last poetry collection, significantly entitled ‘Dare You Go’ has now come to fruition for John has dared to go and has gone.’

Mr Cunliffe lived in Kendal, Lake District, for much of life, which served as inspiration for the villages Postman Pat worked in.

The series debuted on the BBC and ran for eight seasons, with a total of 196 episodes.

Pat’s hometown of Greendale is based on the real-life valley of Longsleddale in Cumbria.

A new version of the series was produced by Cosgrove Hall Films from 2003, which expanded on many aspects of the original show.

Mr Cunliffe wrote the original scripts and the show was directed by animator Ivor Wood, who also worked on the Magic Roundabout, The Wombles, Paddington bear and the Herbs.

Rosie and Jim, which told the story of two puppets who lived on a canal boat called the Ragdoll in Birmingham, steered by Mr Cunliffe himself for the first 50 episodes, aired in 1990 and ran for eight seasons.

Postman Pat first appeared on TV screens in 1981 and the BBC series has aired in more than 55 countries.

In later life, Mr Cunliffe wrote poems and provided the voiceover for Ghosts, a children’s story written for iPad users.

Before writing for children full-time he was also a librarian and a teacher.

Mr Cunliffe was a familiar face on children’s TV himself, appearing as the ‘fizzgog’ driver of the narrowboat barge in Rosie And Jim.

The rag doll characters were introduced to children in 1990, with Cunliffe cast as the first owner of the boat.

He penned around 190 books for children, including picture books and volumes of poetry, according to his agency biography. 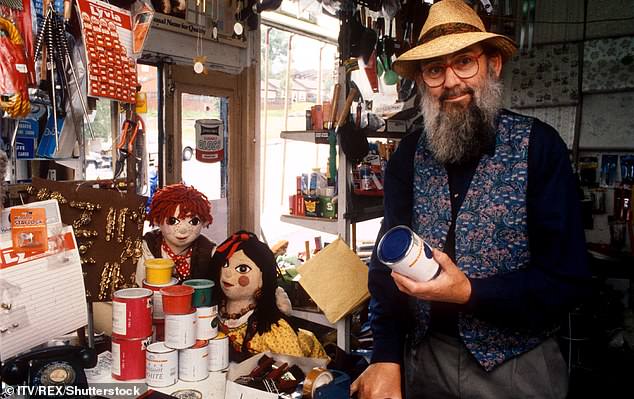 Pictured: John Cunliffe starred in the first two series of Rosie and Jim (pictured with him)

A spokesman for Royal Mail said: ‘Royal Mail was saddened to hear of the death of John Cunliffe.

‘He created a character loved by young and old alike, while highlighting the unique role that postmen and women, in their red vans, play in communities across the country.’

The Ilkley Gazette reported a private funeral had taken place six days after his death.

It is believed he was living in the West Yorkshire town at the time of his death.

Director of BBC Children’s Alice Webb said: ‘We are saddened to hear the news of John’s death.

‘Postman Pat has been a hugely popular character on the BBC for nearly 40 years and was an absolute favourite from my own childhood. 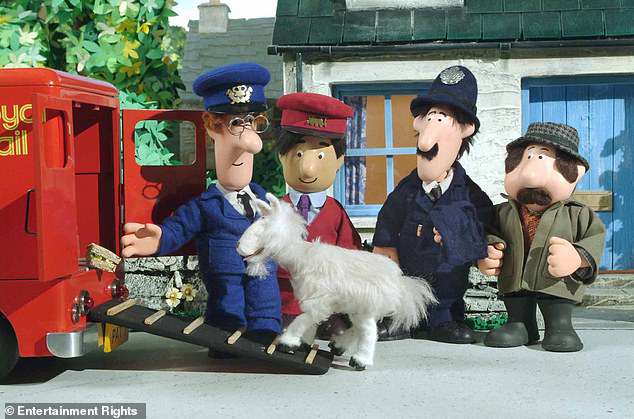 ‘Postman Pat’s enduring popularity speaks to the genuine charm and warmth that John imbued in the characters that populate Greendale.

‘It’s a world you’d like to be part of – a community that cares, is full of heart and full of fun – and that is a lovely thing to show audiences, both young and old.

‘John created a real and relatable world that will continue to entertain our audience for a long time to come and I count myself lucky to be one of millions of children whose childhoods were enriched by John’s creations.’

Tributes to the creator were posted on Twitter, with Fiona Movley, of the Harrogate International Festivals, posting: ‘Sad news for #PostmanPat fans. Gifted creator John Cunliffe has died.

‘The way the notice reads in the #Ilkley Gazette, this morning, is very fitting. #books #children #author’. 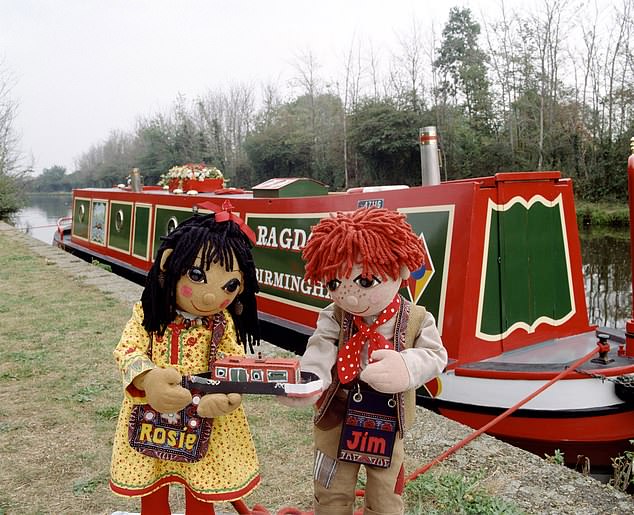 One user wrote: ‘RIP John Cunliffe. You filled my childhood with so many happy memories. Rosie & Jim will forever be my favourite.’

The Ilkley Literature Festival tweeted: ‘We are very sad to hear that John Cunliffe, creator of Postman Pat and Patron of our Children’s Festival passed away last week.’

Another person commented: ‘RIP #JohnCunliffe My daughter was a massive fan of postman pat & rosie and jim growing up back in the late 90’s early 00’s.’

One woman tweeted: ‘Sad news. I remember going to see John Cunliffe at Waterstones in Leeds many years ago with my children.

‘My son admired his shoes and he told him they were deck shoes for when he drove the boat for Rosie and Jim. Such a lovely man.

Another person wrote: ‘RIP John Cunliffe you was part of my childhood!’

Mr Cunliffe’s cause of death is not yet known. 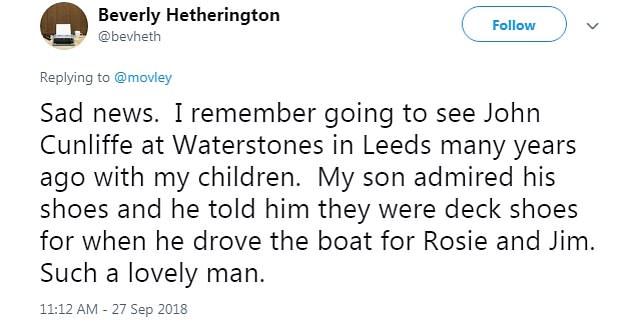