A powerful 6.3-magnitude earthquake has hit the Philippines, rattling buildings in Manila and sparking evacuations across the city.

Buildings swayed in the main business district as the quake struck at  5.11pm local time (9.11am GMT) at a shallow depth of 25 miles, some 37 miles northwest of the city.

One building, Anchor Skysuites luxurious apartment complex, was captured on camera so heavily that the penthouse pool on top of it began dumping water on the streets below.

That video was shared by London-based DJ and cameraman, Majick. He tweeted it along with the message: ‘The earthquake was soooo strong that even the pool from the top deck leaked.’

The U.S Geological Survey (USGS) initially said the magnitude was 6.4 but later downgraded it slightly. 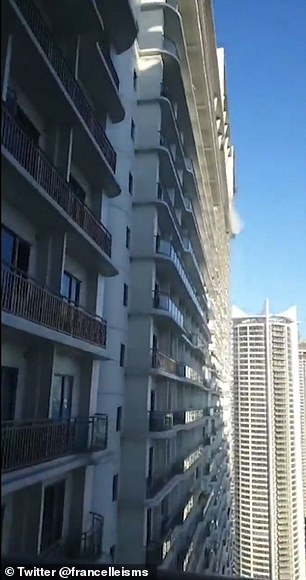 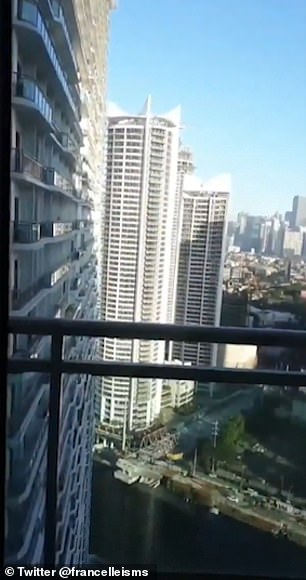 A powerful 6.3-magnitude earthquake has rattled the Philippines, rattling buildings in Manila and sparking evacuations in the capital. Footage online shows buildings swaying in the capital 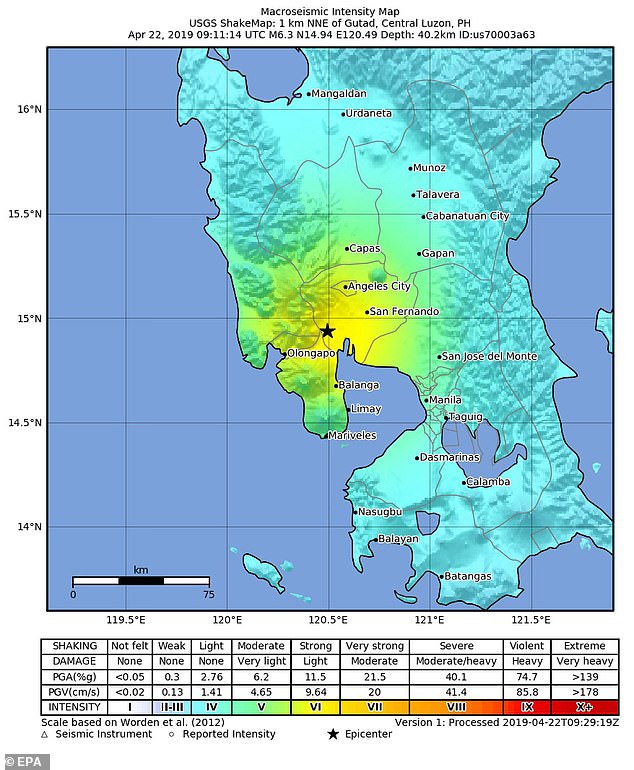 There were no immediate reports of casualties or damage. Some people evacuated their offices in Manila.

The Philippines is on the seismically active Pacific ‘Ring of Fire’, a horse-shoe shaped band of volcanoes and fault lines circling the edges of the Pacific Ocean.

WHAT IS EARTH’S ‘RING OF FIRE’?

Earth’s so-called ‘Ring of Fire’ is a horseshoe-shaped geological disaster zone that is a hot bed for tectonic and volcanic activity.

Roughly 90 per cent of the world’s earthquakes occur in the belt, which is also home to more than 450 volcanoes.

The seismic region stretches along the Pacific Ocean coastlines, where the Pacific Plate grinds against other plates that form the Earth’s crust.

It loops from New Zealand to Chile, passing through the coasts of Asia and the Americas on the way.

The region is susceptible to disasters because it is home to a vast number of ‘subduction zones’, areas where tectonic plates overlap.

Earthquakes are triggered when these plates scrape or slide underneath one another, and when that happens at sea it can spawn tsunamis.