A primary school has sparked outrage among animal welfare activists after revealing plans to slaughter the pet pigs kept on its farm and sell the meat to teach pupils about the food chain.

The farmyard animals, who have been reared and doted upon by adoring students as young as four at Farsley Farfield Primary in Leeds, West Yorkshire, this academic year, will soon be turned into meat products.

Brainchild of the scheme, headteacher Peter Harris, said that his pupils will be ‘more knowledgeable and sensitive to animal welfare’ as a result of the plan. 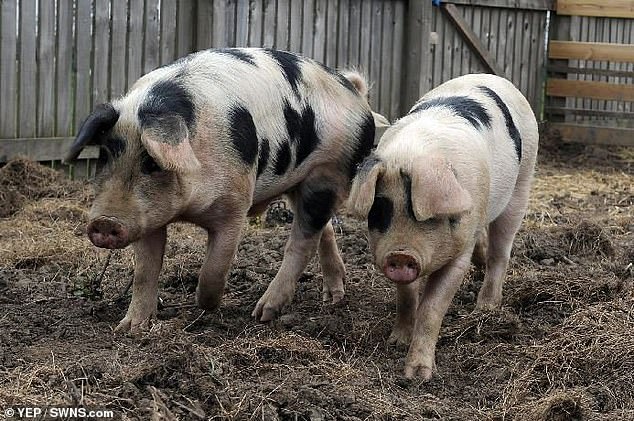 Farsley Farfield Primary in Leeds, West Yorkshire, has revealed plans to slaughter its pet pigs this summer and sell the meat to teach young pupils about the food chain 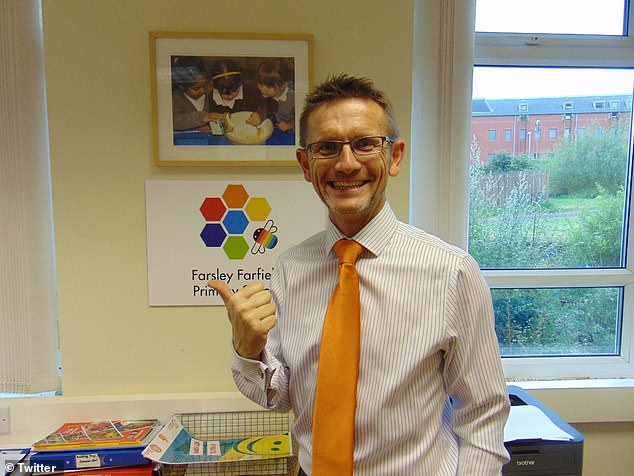 The school was named ‘healthy school of the year’ at a national ceremony called the Times Educational Supplement’s schools awards in 2017.

In a blog post on the school’s website Mr Harris said: ‘Through keeping the pigs the children will learn more about the provenance of their food and issues around animal welfare.

‘I think that we are raising awareness of the meat industry, and some of the issues around animal welfare and sustainability.

‘The pigs will live twice as long as commercial pigs and appear to be enjoying their outdoor life with plenty of opportunity to root around.

‘Their welfare standards are much higher than most pigs.

‘I don’t think that we are desensitising the children, I suggest that our children will be more knowledgeable and sensitive to animal welfare than most of their peers.’

Mr Harris described the school farm as a ‘tremendous long-term success’ that gives pupils a ‘better understanding’ of where their food comes from.

He added: ‘A key element of this project is to discuss the need to reduce meat consumption.’ 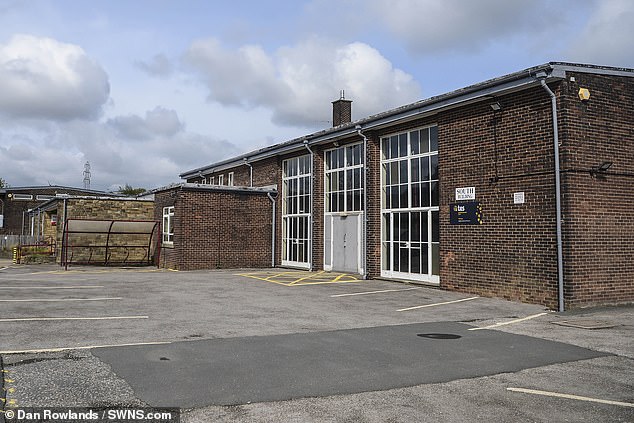 In 2017, the school was named ‘healthy school of the year’ at  the Times Educational Supplement’s schools awards 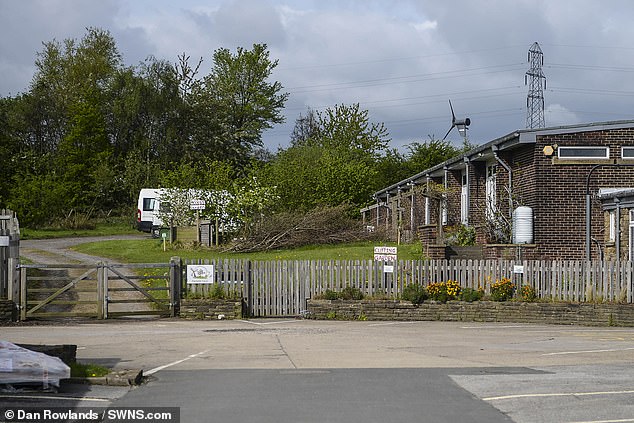 Writing online, Ms Willow said: ‘My main concerns are with the well being of these pigs… and the message that we will be teaching the children at Farsley Farfield that it is okay to exploit and kill animals with the only justification being that people enjoy eating their bodies.

‘Pigs are as intelligent as dogs and at least as smart as a three-year-old human child.

‘They are friendly animals that can live for about 12 years or so.

‘Schools have a duty of care to support children, teach them fair values and to provide a safe and happy environment for them.

‘By teaching children that it is okay to exploit and kill animals they are in breach of this, and this could also be traumatising for children getting to know the animals and then knowing they are going to die.’

Farsley Farfield Primary has one ‘meat free’ day a week and there are boards at the farm explaining why meat consumption must be reduced.

Mr Harris said he was aware of the petition and that he ‘respects people’s individual views’.

One supportive parent said: ‘Despite some individual’s views on social media I think having the pigs on the farm is a brilliant idea.

‘All of my children have been brought up knowing where our food comes from and it does not stop them eating any of it.’