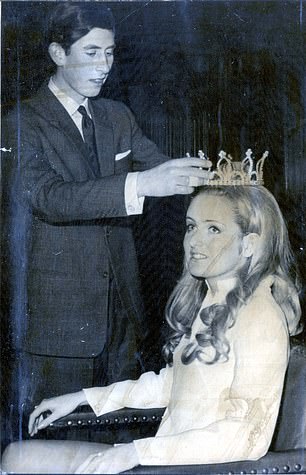 Prince Charles, pictured as an undergraduate at Trinity College places a crown on the 1969 Cambridge University Rag Queen

A young Prince Charles joked about ‘going gay’ to avoid the pressure of finding a suitable Royal bride before his marriage to Diana.

The heir apparent’s quip was made as a student at Trinity College Cambridge, according to a new TV series on the Queen’s children.

Presented by Jeremy Paxman, it includes recollections by Broderick Munro-Wilson, a friend of Charles who was with him at Cambridge.

He recalls a newspaper article featuring several ‘potential brides’ for the bachelor Prince that prompted Charles to crack the joke.

Mr Munro-Wilson says: ‘We were all reading it together and I thought, poor sod, I’m not sure I’d go for any of those. He said to me, “Brod, shall I go gay?” That is a fact. We all roared with laughter and moved on. I think the market was so narrow… and of course she had to be a virgin.’

When responding to a remark that there were few around, Munro-Wilson said: ‘There were probably none, and I think it was a tricky one for him.’

Paxman himself started at Cambridge when Charles began his third year. ‘You certainly never saw him in the pub,’ says the presenter.

Mr Munro-Wilson says only a select few were allowed to fraternise with Charles. ‘You wouldn’t just walk over and chat to him, people were much more respectful in those days,’ he says.

‘When one talks about being a friend, Rab [Lord] Butler, who was Master of Trinity at the time, really decided there were about two dozen guys that were suitable for him to mix with. You had to be on the list.’

Asked how fellow students felt about Charles being admitted to Cambridge with ‘indifferent’ A-levels, he says: ‘I don’t think anybody cared a monkey’s. Nobody would have dared to. I think people felt, look this guy is going to be the King of England and he certainly worked hard. 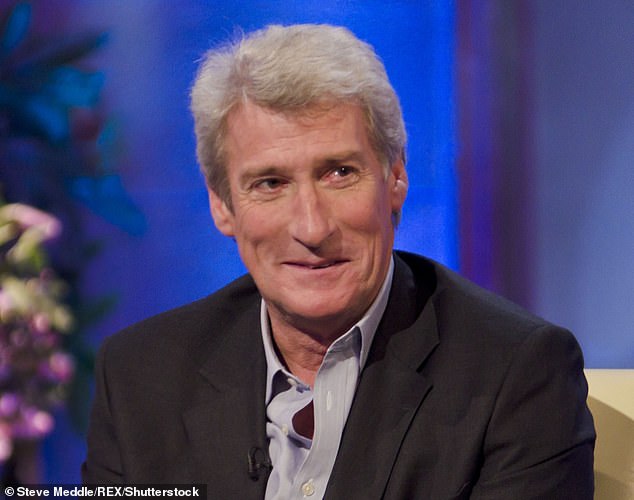 The show, which will be broadcast on Channel 5 on Tuesday, is presented by Jeremy Paxman

‘He went to his lectures, he was beavering around, he wasn’t a total party boy.’

In the second episode of the Channel 5 documentary, Paxman recalls a lunch at Kensington Palace with Princess Diana.

As Paxman was leaving, he remarked how silent the Palace was in contrast to the bustle of Kensington High Street – likening it to a prison.

Diana replied: ‘No, more like an upmarket Coronation Street – you can see all the curtains twitching.’

Magnitude 7.1 earthquake rocks Southern California day after magnitude 6.4 quake struck
Stunning colourised images from WWII show Allied troops celebrating the end of the war
Grammar schools let in 750 pupils who failed to pass 11-plus
Woman 'develops a fishy vagina' after she 'FORGETS to wash down below'
Spacey accuser testifies about texts he sent night actor allegedly groped him in Nantucket bar
California fires won't destroy Getty Museum and its art as it's a fire resistant fortress
After miscarriage of IVF twins, a size 22 woman lost four stone in six months
Strictly star James Cracknell, 47, CONFIRMS romance with Jordan Connell as the couple share a kiss