Prince William gave England fans a shock after turning up in a London pub to watch England take on Czech Republic in their Euro 2020 qualifier.

The Duke of Cambridge was joined by Chelsea boss Frank Lampard at the Prince Albert pub in Battersea in south-west London on Friday night.

His royal highness and Lampard mingled with fans who have been supported by the Mind and CALM charities, who both strive to combat mental health and suicide problems. 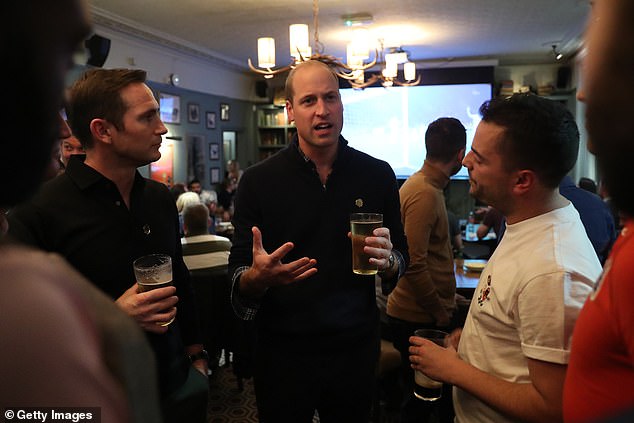 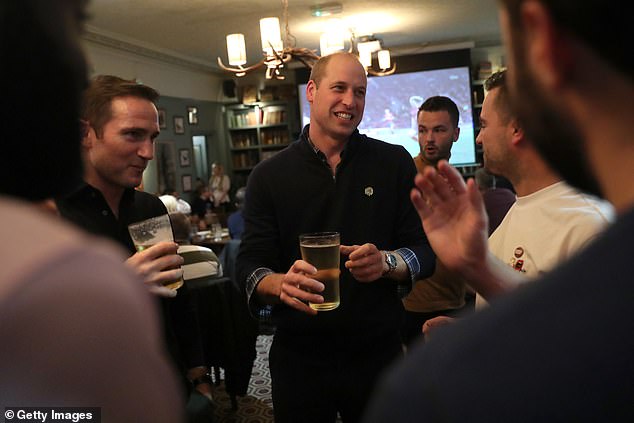 Prince William, who since 2006 has been the president of the Football Association, made the visit as part of the Heads Up campaign, which has been set up to tackle mental health issues among football fans, with the aim to get football fans having more conversations about their welfare.

The Prince and Lampard listened to fans talk about their stories in the pub, with each supporter joined by a person who has been an integral figure of support through their struggles. 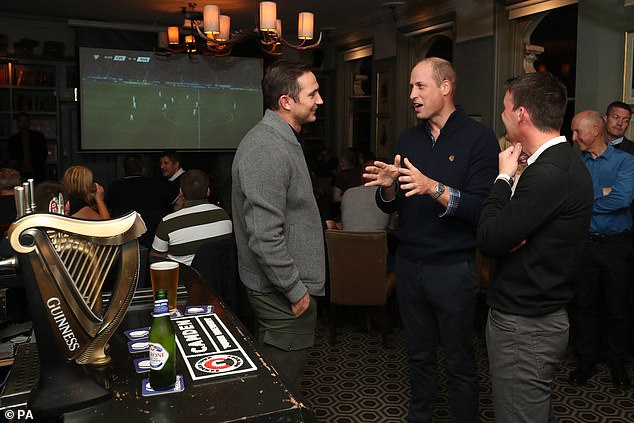 The Duke, 37, has been president of the Football Association since taking up the post in 2006 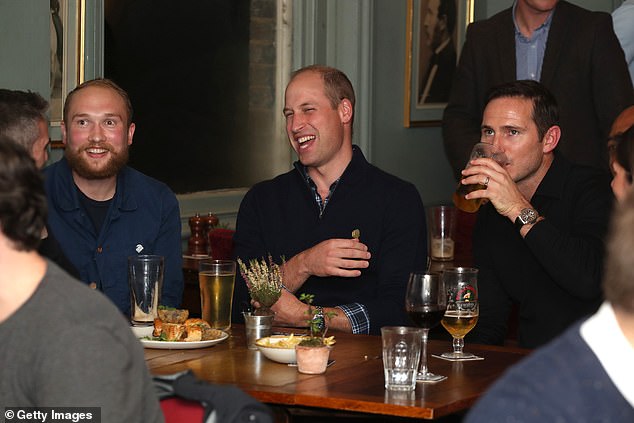 Speaking at the event, William said: ‘This year, the FA and Heads Together have joined forces to launch Heads Up, showing the world of football that our mental health is just as important as our physical health, and that we all need to take care of our everyday mental fitness, and provide support to one another when we face setbacks, so we can be match fit for whatever lies ahead.’

This is the second time the Prince has been spotted at a football-related event in the past week.

William was at Carrow Road with his son, Prince George, to watch his beloved Aston Villa thump Norwich City 5-1 in the Premier League.