The royal family were all smiles as they supported the Duke of Cambridge’s favourite team – Aston Villa.

Although there was no sign of 17-month-old Prince Louis, the other royal children put on an excited display as they giggled with delight throughout the match. 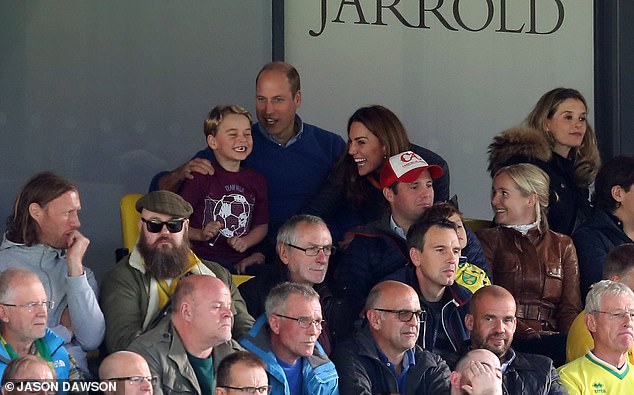 The royal family were all smiles as the celebrated the Duke’s team, Aston Villa 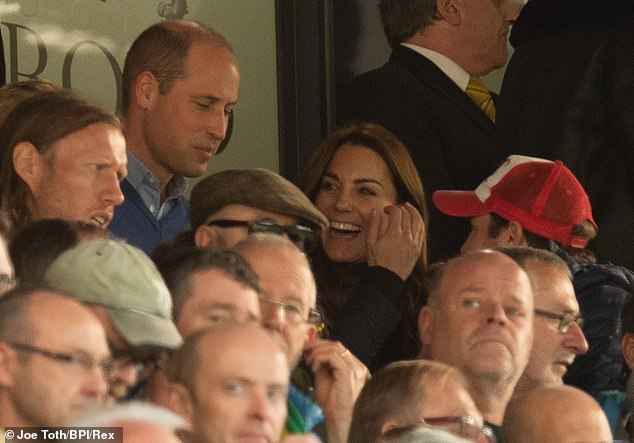 And the royals were lucky enough to see Aston Villa race to a 4-0 score by halftime at the Canaries stadium.

Football-mad Prince George put on a toothless grin throughout the match while watching his father’s team romp to victory.

Thousands of Britons face mass coronavirus testing
May reveals how she came through her toughest week (thanks to her 'rock' Philip)
Strictly Come Dancing Final: Fans go wild for Craig Revel Horwood
MI5 thought the Odeon cinema chain was a front for Russian spies
Four people survive 32 days adrift in the Pacific after their boat capsizes
Lily Cole cuts a casual figure in  cream cardigan and jaunty hat
BBC News at Ten host Huw Edwards is criticised for liking Tweets that urged people to vote Labour
‘Neighbour from hell’ who erected life-sized scarecrows over next door’s fence