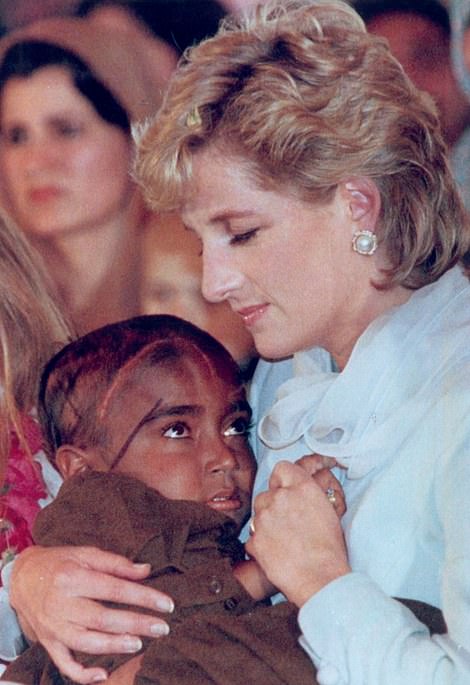 Princess Diana, seen here on her February 1996 visit, said she cherished photos of her with children at the hospital

The Duke of Cambridge will today undertake an emotional visit to the same cancer hospital in Lahore visited by his late mother in the year before her death.

William, accompanied by his wife, Kate, are travelling from the capital Islamabad to the bustling city of Lahore, to the Shaukat Khanum Memorial Cancer Hospital and Research Centre, a state-of-the-art cancer facility located in the centre of the city.

There, they will visit the children’s ward to spend time with patients undergoing treatment at the hospital, and will speak to a number of their families.

The hospital was built by the now Pakistani Prime Minister, former cricketer Imran Khan, in memory of his late mother who died from cancer in 1985.

During his mother’s illness, he witnessed the plight of poor cancer patients in his country’s hospitals and vowed to build a facility that would be accessible to all, regardless of the status.

The centre opened its doors in 1994 and in February 1996, 18 months before her tragic death, Diana, Princess of Wales visited accompanied by Mr Khan and his former wife, Jemima Goldsmith, a close friend of the royal.

Diana was on a private visit to Pakistan to raise funds for the hospital – as well as meet the family of her great love, Pakistani heart surgeon Hasnat Khan – but had been advised not to undertake the trip due to political tensions with the UK.

She was movingly photographed cradling a young patient receiving cancer treatment at the time, which she later cited as one of her most cherished images.

The couple will also undertake a variety of other engagements across Lahore, known widely across Pakistan as the country’s city of culture.

The day will begin with the Duke and Duchess visiting SOS Children’s Village, a charitable organisation in the heart of the city established in 1977. The Village, which is attached to a school, provides a home and family structure to over 150 young girls and boys, and promotes the development of children into happy, confident and resilient adults. 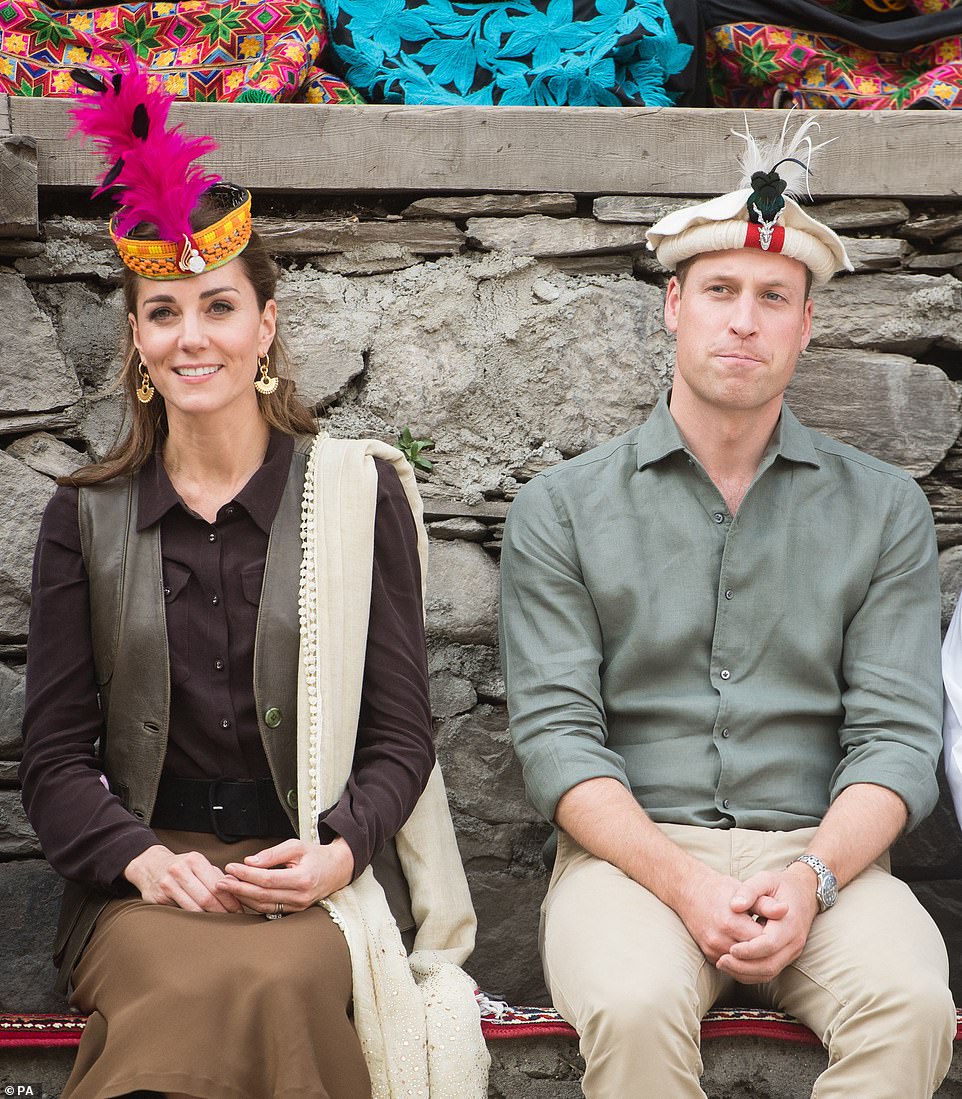 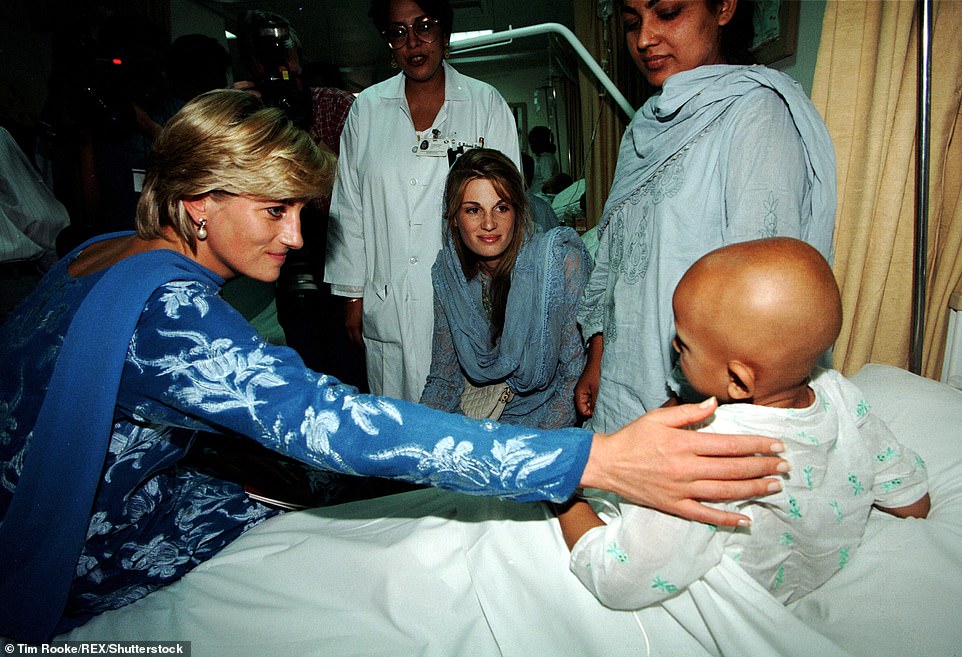 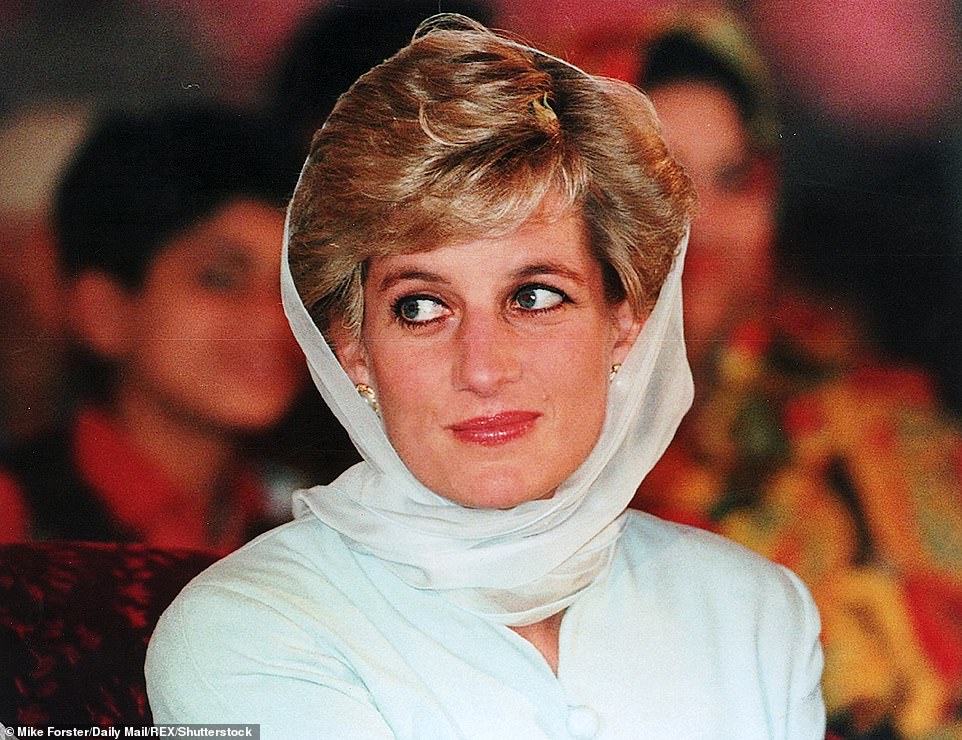 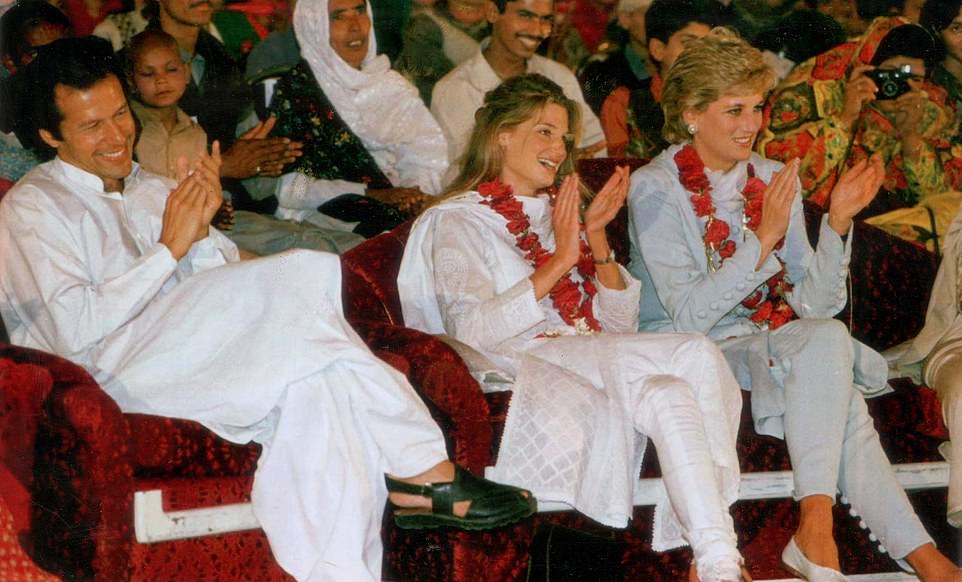 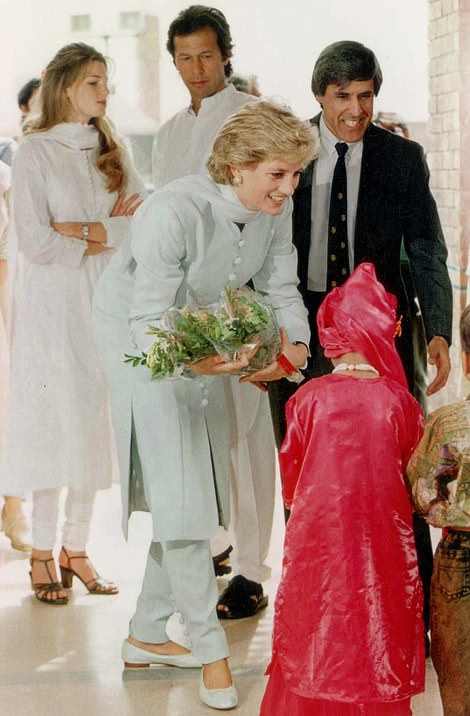 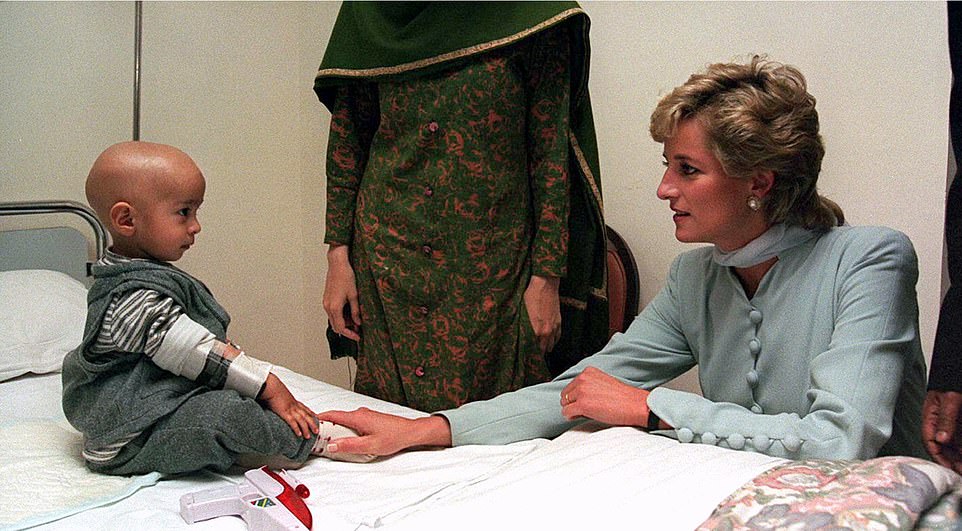 Diana comforting children during her visit to the hospital in 1996 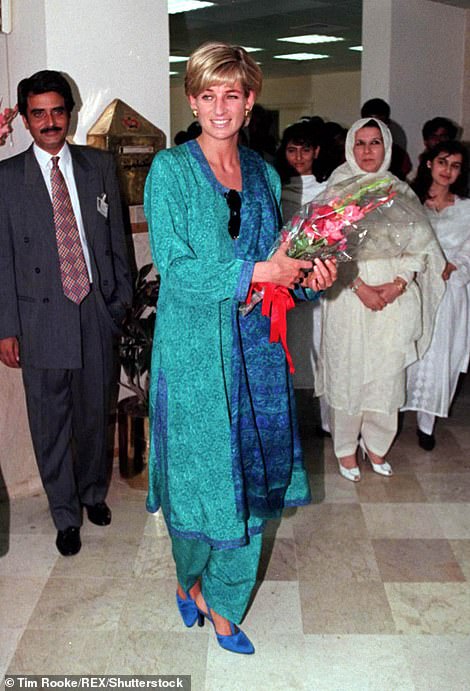 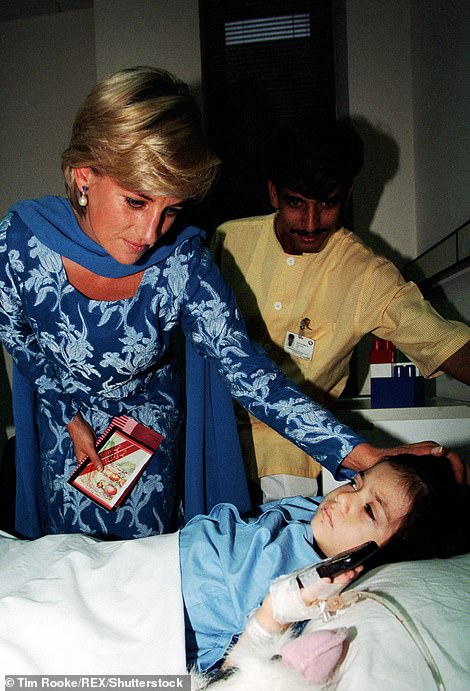 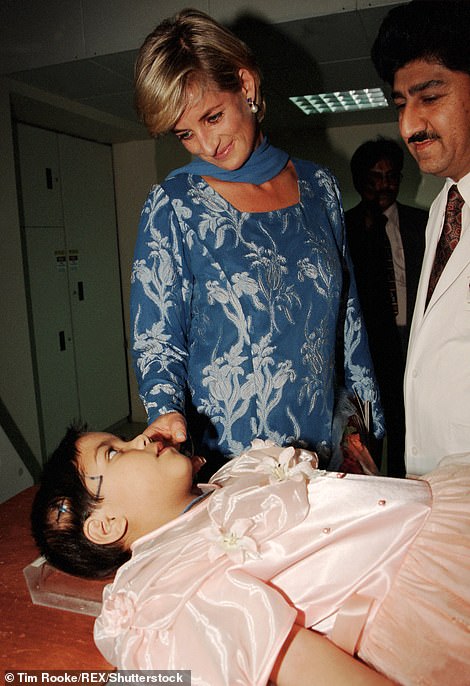 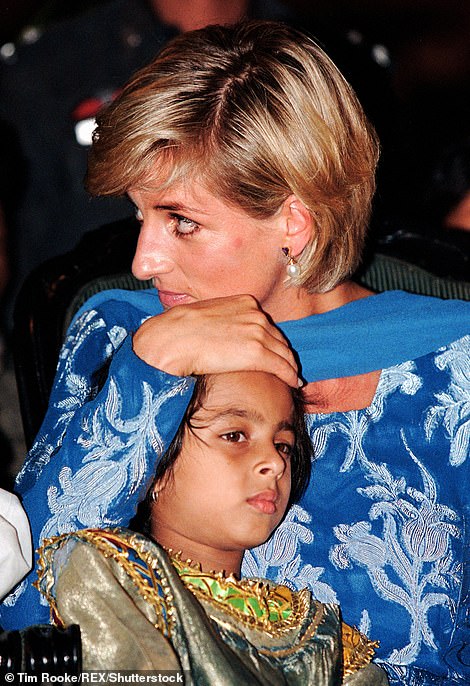 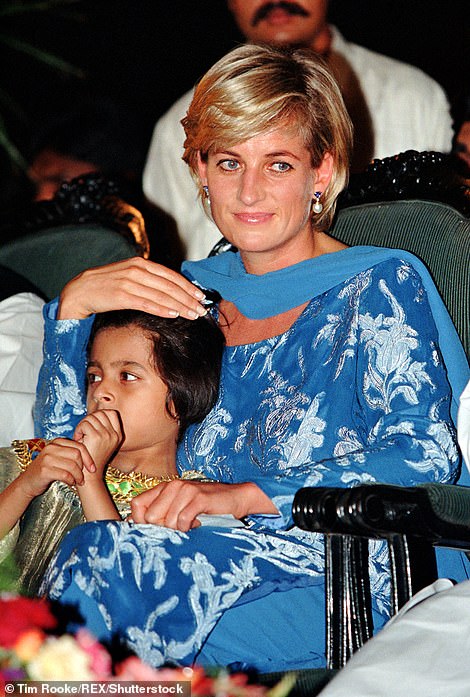 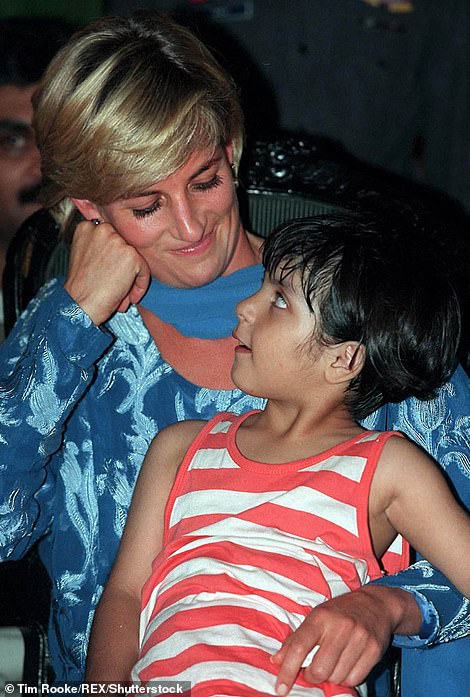 William and Kate will join a birthday party for one of the children, which will involve games, music and traditional Pakistani cakes, and the duchess will say a few words, her first speech of the five-day tour.

Their next engagement will shine a light on Pakistan’s national game – cricket – as Their Royal Highnesses visit the National Cricket Academy in Lahore.

Here, the Duke and Duchess will join a match with children who are participating in the British Council’s DOSTI programme – Dosti means friendship in Urdu.

The programme promotes sport as an integral part of child development, and encourages social integration, increased self-esteem, and the development of important life skills in children.

They will also have the opportunity to meet a number of Pakistan’s cricketing legends at this event.

Later William and Kate will visit the Badshahi Mosque, the most iconic Islamic site in Lahore, set in the heart of the Walled City.

The royals will tour the mosque and courtyard, before joining a discussion with faith leaders to understand how they are promoting interfaith harmony within their communities.