The Duke of Cambridge is to visit New Zealand on behalf of the Queen to honour the victims of the Christchurch mosques terrorist attack.

The visit in late April will be made at the request of the Prime Minister of New Zealand.

William will meet with those affected by the attack and pay tribute to the extraordinary compassion and solidarity that the people of New Zealand have displayed in recent weeks, Kensington Palace said. 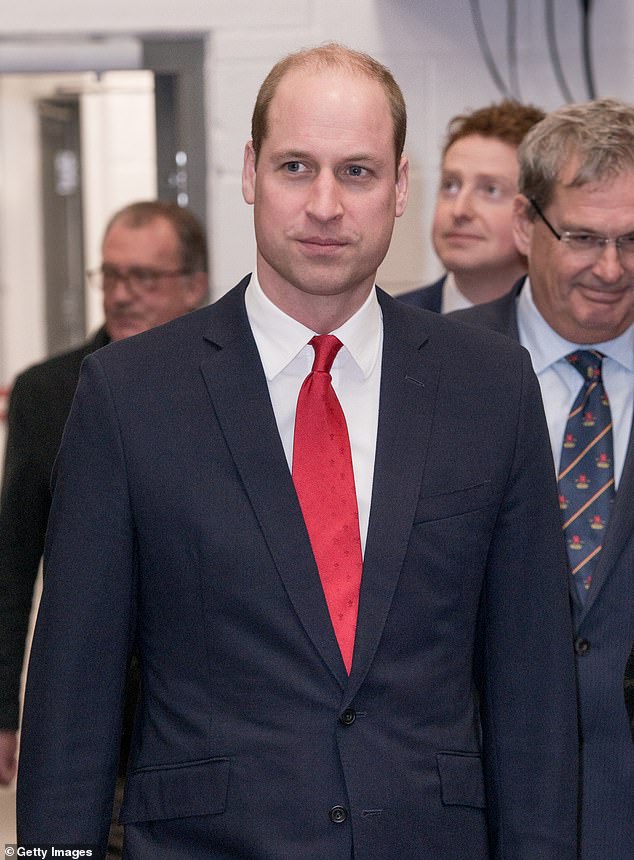 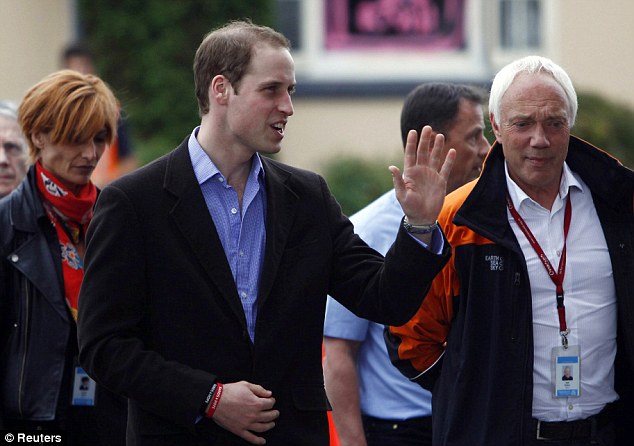 Prince William visited Christchurch in 2011 following the earthquake on February 22, 2011

The duke visited New Zealand following the Christchurch earthquakes in 2011, and William and the Duchess of Cambridge carried out a tour of New Zealand in 2014, taking nine-month-old Prince George with them.

William will be carrying out this trip alone to pay tribute to the compassion shown by the country and show solidarity to the people of New Zealand.

The full programme for his trip is set to be released in the weeks leading up to his visit.

The monarch, who is Queen of New Zealand, and other senior royals sent heartfelt messages of condolence following the shootings at two mosques.

The Queen said she and the Duke of Edinburgh had been ‘saddened by the appalling events’ which left 50 people dead.

The Prince of Wales showed solidarity with New Zealanders, saying: ‘This appalling atrocity is an assault on all of us who cherish religious freedom, tolerance, compassion and community.’

In a joint message, William, Kate and the Duke and Duchess of Sussex said: ‘We have all been fortunate to spend time in Christchurch and have felt the warm, open-hearted and generous spirit that is core to its remarkable people. 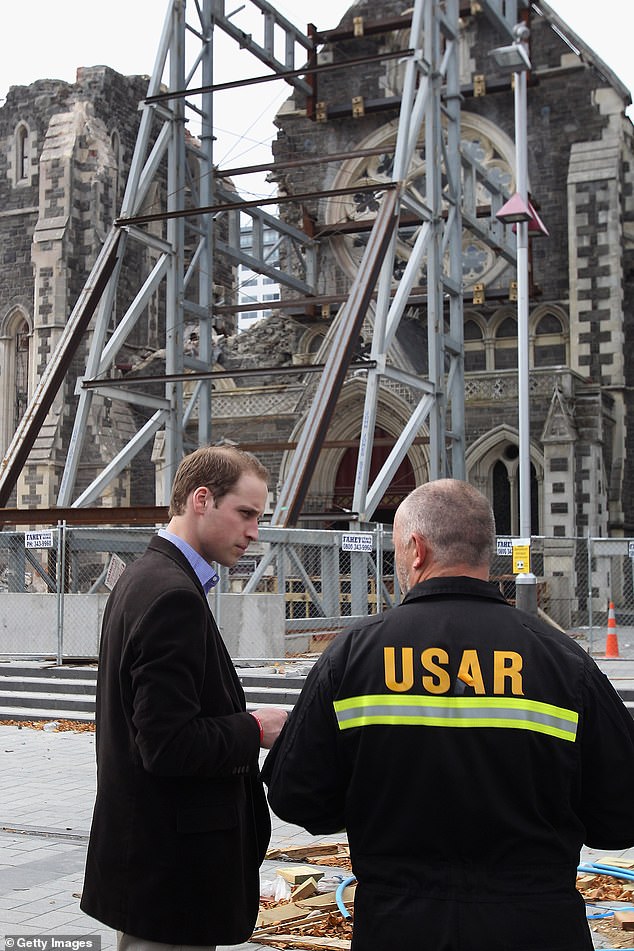 Prince William made a similar trip to Christchurch, New Zealand’s second-biggest city, following the magnitude 6.3 earthquake that rocked the city in February 2011 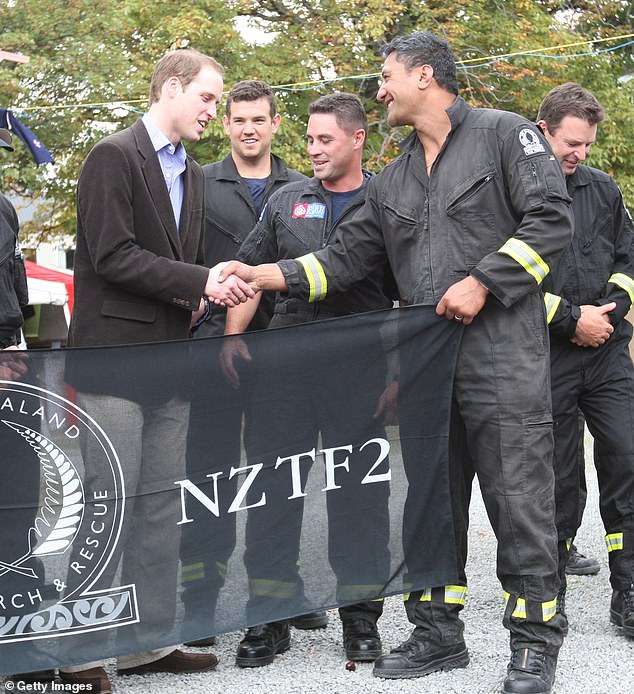 Prince William met with members of the Urban Search and Rescue team at Latimer Square on March 17, 2011 in Christchurch while touring the areas devastated by the earthquake

‘No person should ever have to fear attending a sacred place of worship.’

Harry and heavily-pregnant Meghan told New Zealanders ‘we are with you’ as they signed a book of condolence at New Zealand House in London last week.

The programme and exact date of William’s visit will be announced in due course, Kensington Palace said.

Australian Brenton Tarrant, 28, has been charged with murder and is scheduled to make his next court appearance on April 5.

‘Prince William has a strong connection with the people of Canterbury since his visits here following the Christchurch earthquakes,’ Ms Ardern said in a statement. 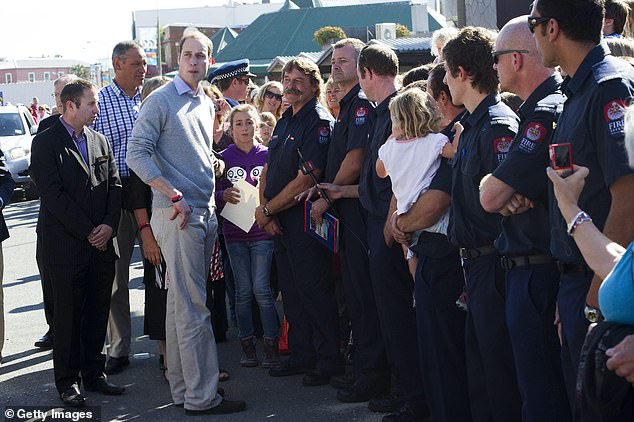 Prince William meets Sumner residents on March 18, 2011 in Christchurch just a month after the earthquake

‘I’m really pleased that he can make a short visit to support those affected by the attack and pay tribute to the extraordinary compassion and solidarity that New Zealanders have displayed in recent weeks.

‘The visit will be another sign that this nation will always stand with those affected by the terror attacks, and the people of Christchurch. ‘

Prince William made a similar trip to Christchurch, New Zealand’s second-biggest city, following the magnitude 6.3 earthquake that rocked the city in February 2011.

The Prince met with rescue workers and visited the badly damaged centre of Christchurch following the devastating earthquake that killed more than 200 people.

He reflected on the horror that was endured and spent two days in Christchurch touring the devastated city centre and its ravaged suburbs.

William met with residents, many of whom lost homes and businesses and said he was deeply moved by what he had seen during his visit.

Prince William last visited New Zealand with the Duchess of Cambridge in April 2014 during a tour of Australasia. 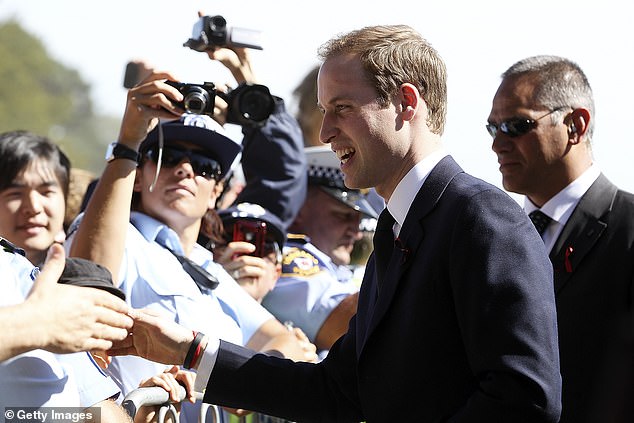 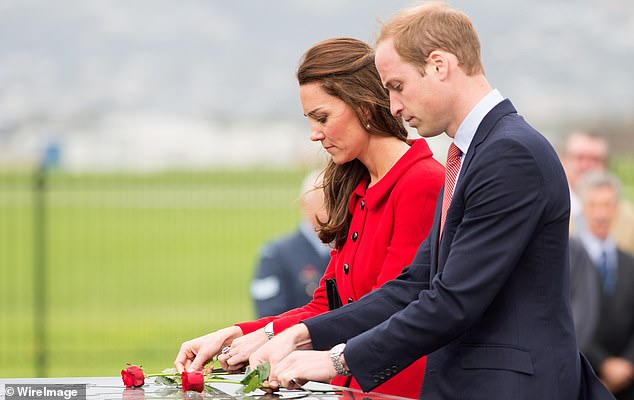 The Duchess of Cambridge and Prince William place roses at a Memorial Wall at Wigram Air Force Museum on April 14, 2014 in Christchurch during their tour of Australasia