Prince Carl Philip and Princess Sofia of Sweden shared a previously unseen snap of themselves with their two sons in their annual Christmas card.

The royals are seen walking hand-in-hand with Alexander, two, and Gabriel, one, down a beautiful woodland path. Between them is their beloved dog, Siri.

The photo was shared on the inside of their festive greeting, which was posted on the couple’s official Instagram account today.

The image was accompanied by the message ‘God Jul’ – meaning Merry Christmas in Swedish and ‘Gott nytt år’ – which means Happy New Year. 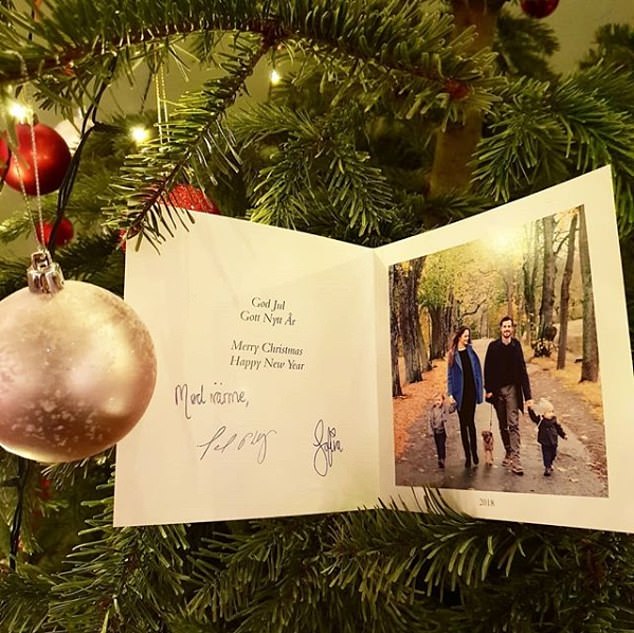 Prince Carl Philip and Princess Sofia of Sweden shared a previously unseen snap of themselves with their two sons, Alexander, two, and Daniel, one, in their annual Christmas card

Fans of the royal couple were quick to comment on the adorable picture, with many of them wishing them a happy Christmas

Fans of the  royal couple were quick to comment on the adorable picture, with many of them wishing them ‘God Jul’ – which means Merry Christmas in Swedish.

This wasn’t the first festive picture that the couple have shared on the royal Instagram.

Last week Prince Carl Phillip shared a cute picture of him and his son Prince Alexander with a Christmas tree. 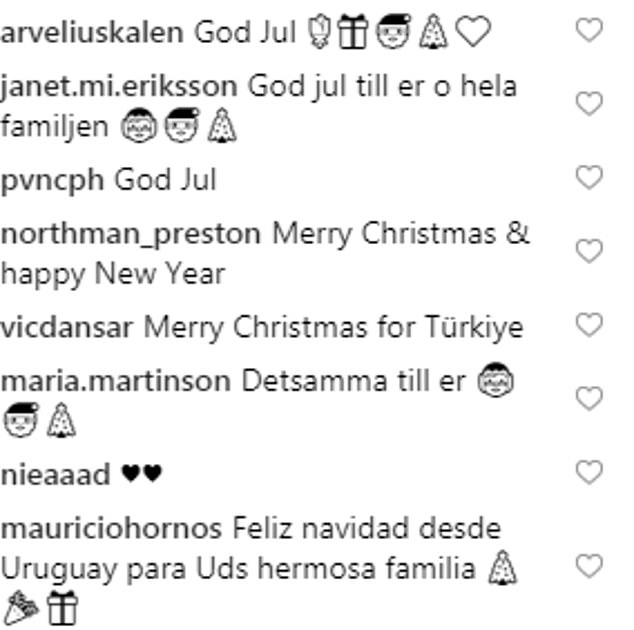 His son was wearing a Christmas jumper, as well as a Santa hat as he helped his dad with Christmas trees.

Prince Carl Phillip revealed that Prince Alexander was helping him receive trees at the Royal castle of students.

The couple have had a busy few years, with their two sons being born.

Prince Alexander, Duke of Södermanland was born in April 2016, while Prince Gabriel, Duke of Dalarna who was born in August 2017. 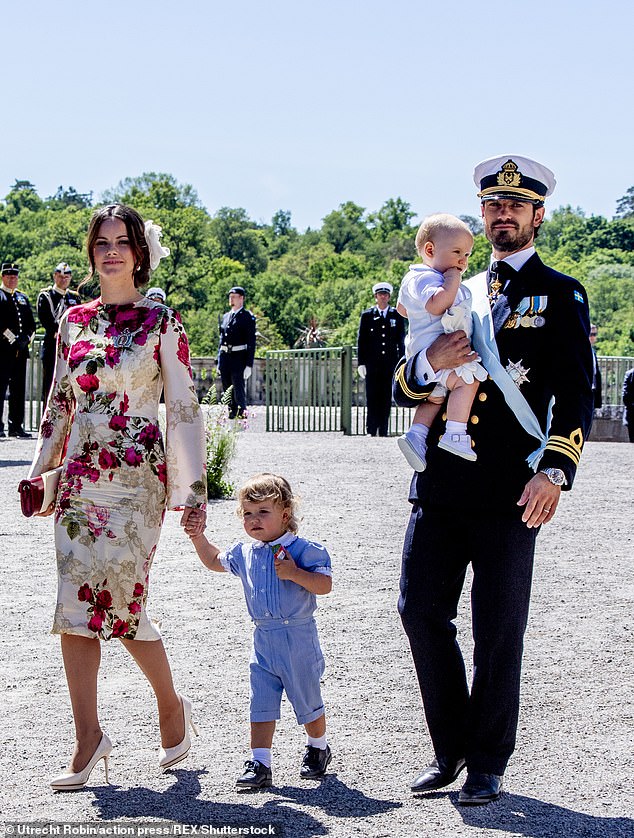 Proud parents: Sofia and Carl Philip with sons Alexander and Gabriel at Gabriel’s Christening in June

The couple got married in June 2015 in a lavish ceremony in Royal chapel Slottskyrkan, Stockholm. Sofia, a former glamour model and reality TV star met Prince Carl Phillip through mutual friends at a lunch.

Earlier this year Prince Carl Phillips revealed that he was dyslexic, after misreading a name on TV.

In September the royal couple also spoke about their dog, Siri, who went missing. He ran away from their home, but with the help of the authorities manged to find him again.

Sneaky 'tourist' steals shopper's cash when she drops it at a supermarket checkout
Flight attendants reveal their must-have items for travelling
RICHARD KAY: If Prince Andrew can sit down with the BBC, will he face questions from the FBI?
Kobe Bryant told Tracy McGrady he 'wanted to die young and be immortalized' in haunting prophecy
Pest control expert finds giant wasp nest that is eight feet around and home to 20,000
Murder probe is launched as man in his 30s is stabbed to death in a north London street
Calls for probe into why investigation into kidnap of Dubai ruler's daughter dropped
Prince's heirs have paid $45M in legal fees, owe $31M in estate taxes three years after his death