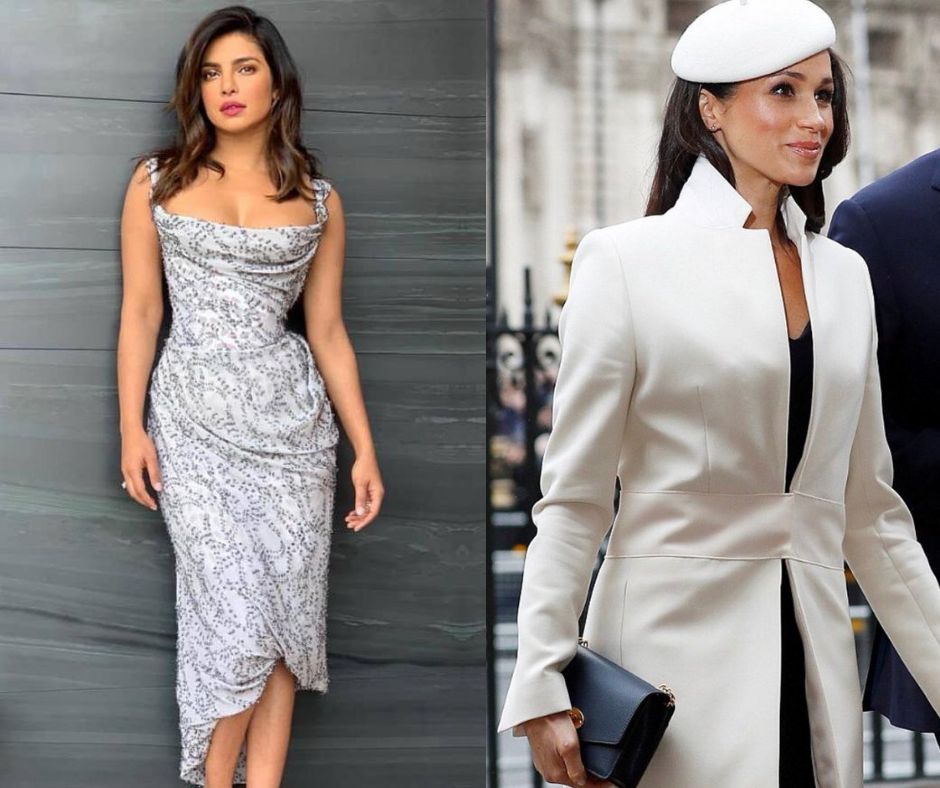 As Walter Winchell once said, “ a real friend is someone who walks in when the rest of the world walks out.” As Meghan Markle is force to deal with all kinds of backlash from the public there is one person who is there to set the record straight and defend her character.

Despite rumors of a feud, after Meghan reportedly did not go to Priyanka Chopra and Nick Jonas’s wedding. Priyanka is there to stand up for her friend and crush any negative image that the public may have of her.

Priyanka defends their friendship in a recent interview with Sunday Times. She explains, that the two met at a women in television dinner and that they immediately hit it off after they discovered that they believed in similar causes such as, feminism, activism and race.

She told Sunday Times, “We just connected on how we see the world and as girls,” she continued, “Meghan is such a progressive, modern girl. She’s what the world is today—a self-made woman who looks like each one of us. I mean, she’s stunning. But she is so completely herself.”

After Priyanka was asked if she believes that part of the problem is people’s inability to accept a biracial women as part of the monarch, she responded, ” [That] for sure [it is], 100%. of course it has to do with racism, it’s an obvious reason. But the beauty of Meg is that she’s been herself through all of this. A lot of people got to know her after everything [after she began dating Harry], but I knew her before and she’s the same chick.”

She further explained, “now that she’s got a real platform, she talks about the same things she always did.” Priyanka outlined that, ” [They use to spend] hours speaking about the difference that influence and dialogue can make to the world before this whole thing happened, so what you see now is authentically her. She’s always been the girl wanting to move the needle.”

This isn’t the first time Meghan’s friends have come to her defense after public scrutiny. George Clooney came to Meghan’s defense in March when he told Australian magazine Who, “ I do want to say, they’re just chasing Meghan Markle everywhere, she’s been pursued and vilified,” he continued, She’s a woman who is seven months pregnant and she has been pursued and vilified and chased in the same way that Diana was and its history repeating itself “.

Well one thing is for sure, no matter what anyone has to say about The Duchess of Sussex, her friends will always have her back.

10 Beautiful Home Accessories Under $100
Shamrock Shakes Are Back For A Limited Time
Justin Bieber: Hailey Baldwin And I Saved Ourselves For Marriage
Country Singer Announces Death Of 3-Year-Old-Son
The half sister of Meghan Markle continues to the tackle, she admits to using her notoriety to earn ...
Meghan Markle nettled by the royal family ? She wouldn't appreciate the protocol
Hallmark Cuts All Ties With Lori Loughlin After Her Arrest
Demi Lovato a victim of a drug overdose, Selena Gomez is terribly sad