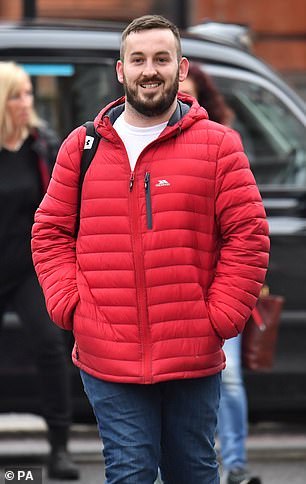 Court proceedings had to be suspended today in the trial of a man accused of harassing an MP, when his far-right supporters broke out into chants in court.

Shortly after the start of the hearing at Westminster Magistrates Court today, James Goddard, 28, shouted over his solicitor: ‘It is not illegal to call, to heckle an MP. It says so in the defence statement. How is calling her a Nazi threatening? I get called a far-right fascist.’

At this, his supporters broke out into chants of ‘Anna Soubry is a Nazi’, prompting the judge to leave court.

Mr Grant rose and temporarily adjourned the case 15 minutes into the hearing after people in the public gallery began shouting about Brexit.

The case resumed briefly to inform Goddard of his bail conditions but descended into farce again as the defendant left the dock to address the judge.

In between the moments of chaos, the self-styled ‘yellow vest’ protester found time to plead not guilty to calling an MP a ‘Nazi’ and a ‘traitor’ outside Parliament.

The charge states that Goddard, from Timperley, Greater Manchester, ‘shouted and chanted’ at the MP, a prominent backer of a second EU referendum, while broadcasters were interviewing her.

Goddard is also said to have pursued Ms Soubry along the street, demanding she answer questions, filmed her on his mobile phone, and called her a ‘Nazi’, a ‘traitor’ and ‘scum’, along with using other ‘rude and insulting’ language.

Goddard, wearing a white T-shirt featuring a British flag, a logo for ‘The Directory Guys’, a motif of three children’s faces, and the words ‘our boys’, used his mobile phone in the dock as he waited for the case to begin. 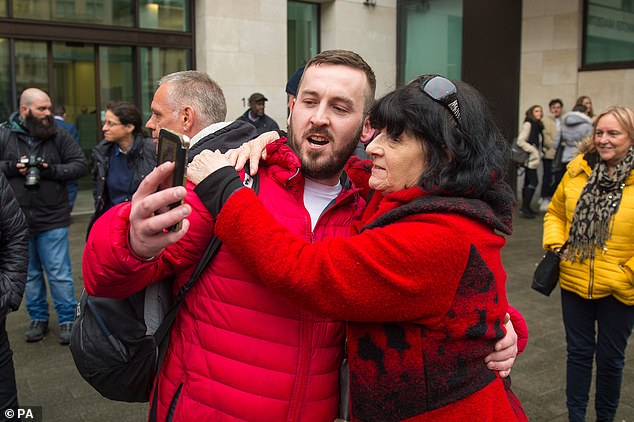 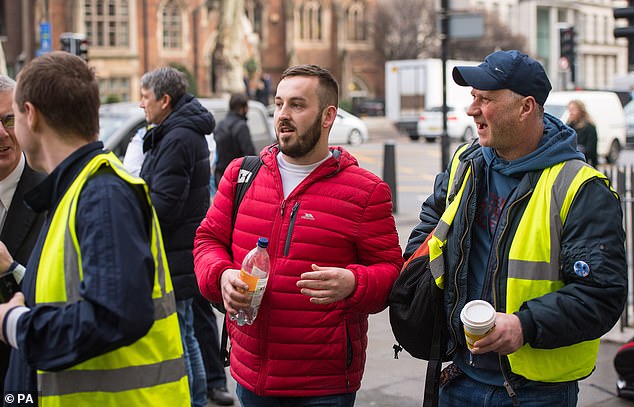 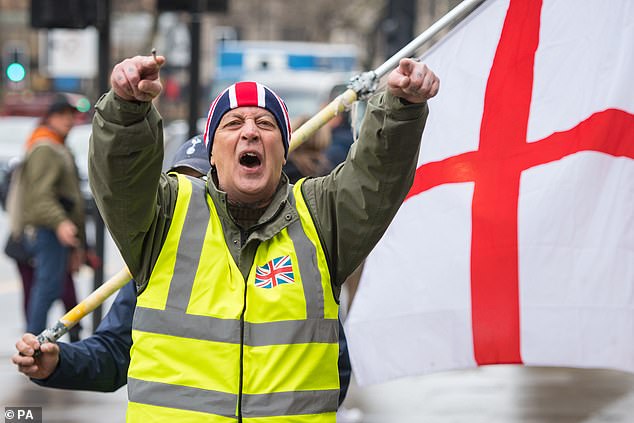 He briefly left the courtroom before the hearing started to talk with his solicitor after a member of the public shouted legal advice from the packed public gallery, where several of his supporters were sat on the floor.

Goddard asked ‘Why?’ when told to stand for the charges to be read and gave his nationality as English, but refused to give his address due to the ‘vultures’ in court.

As Goddard sat in the dock, one supporter urged him to sack his lawyer from the public gallery, yelling: ‘James, sack him on the spot and then they have to adjourn it’ to applause from others.

District Judge Kenneth Grant said: ‘In relation to the defence case, is it fair opinion, reasonable behaviour or fair comment?’

Edward Brown, defending, replied: ‘I do not anticipate any dispute of the words.’

After the shouted exchange with his solicitor and chants from his supporters of ‘Anna Soubry is a Nazi’, the judge left court and temporarily adjourned the case.

Members of the public gallery jeered in the adjournment as a police officer entered the court. Three supporters joined Goddard in the dock during the break.

The case resumed briefly to inform Goddard of his bail conditions but descended into farce again as the defendant left the dock to address the judge. 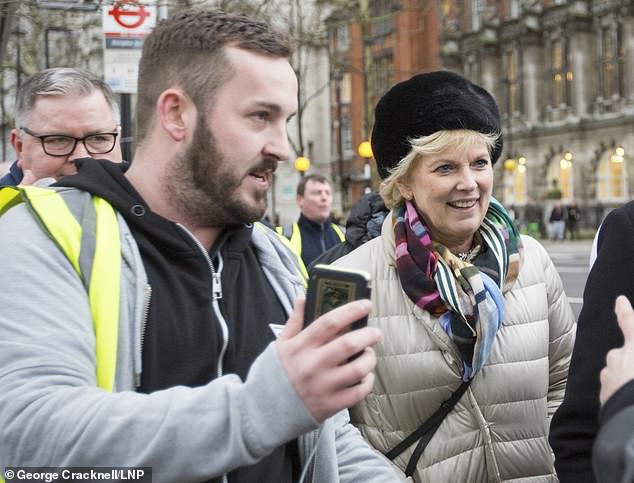 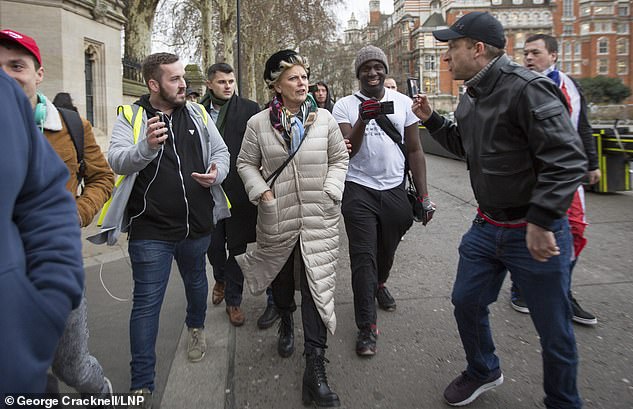 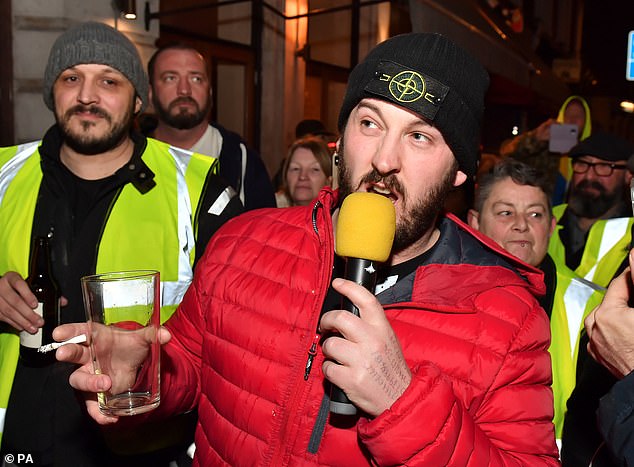 Members of the public gallery again shouted ‘shame on you’ as the hearing came to an abrupt conclusion.

After returning to court Judge Grant told Goddard: ‘I have carried out as much of the case management as I could. You have been conditionally bailed to appear at this court on July 19.’

Goddard interrupted the judge and demanded to speak, as his supporters started yelling from the public gallery. He was then escorted out of the court by a security guard.

Earlier, Goddard smiled as he arrived at Westminster Magistrates’ Court and stopped to pose for selfies with fans, while others flew the St George’s Cross flag.

Goddard was arrested by the Metropolitan Police on January 12 following claims that Ms Soubry was harassed in Westminster five days earlier.

The alleged incident led to beefed-up police patrols around Westminster and a debate over whether protests near the Houses of Parliament had crossed a line.

Meet the fit young people who were stunned to discover they have bowel cancer
Jean-Claude Juncker trolls UK saying the EU parliament is 'open and in action'
Russian prime minister Dmitry Medvedev resigns as Putin tightens his grip on power
Prince Charles wraps up New Zealand tour with llama walkabout ahead of showdown with Prince Andrew
The best hostels from around the world for 2019 revealed (and one costs just £3.92 per night)
Zara and Mike Tindall ring in the New Year with spectacular views of the fireworks in Sydney
Ancestry website is accused of selling users' DNA data to pharmaceutical companies after GSK deal
The Latest: Voting starts for Kavanaugh confirmation