WHAT an opening day. Punchestown doesn’t often disappoint, but even for the track’s lofty standards Tuesday really flew high.

We’ve picked out some moments you may have missed on a Tuesday to remember. 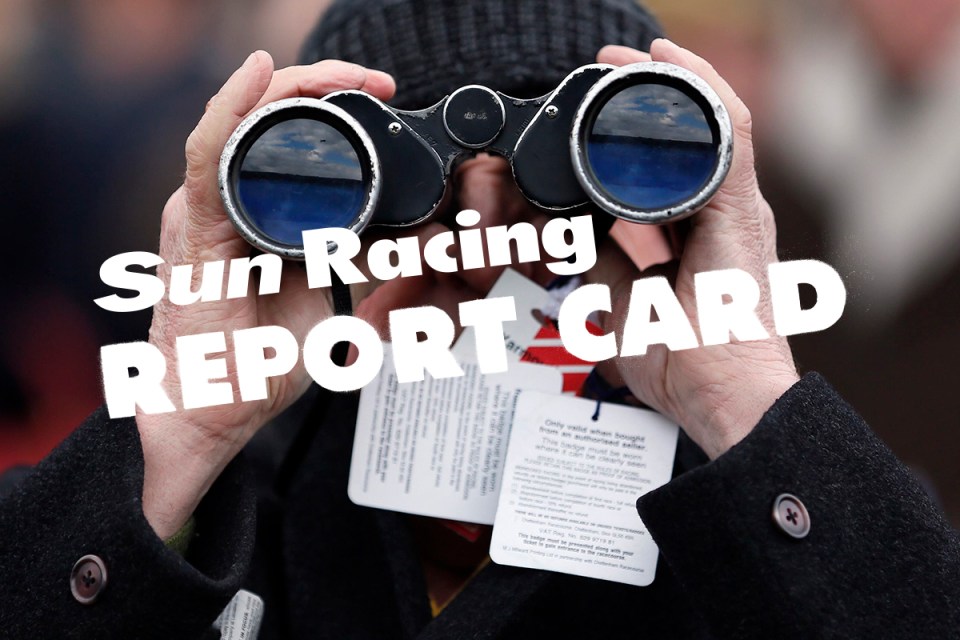 KLASSICAL DREAM looked something special when bolting up in the Supreme Novices Hurdle at Cheltenham and he confirmed that impression with an easy victory in the opening Grade 1 of the Festival.

Settled in second under an ultra-confident Ruby Walsh, he pounced on long-time leader Felix Desjy rounding the home turn – and was immediately away and gone.

He could be destined for the very top and bookmakers have already shortened him into 6-1 for next year’s Champion Hurdle.

A chaser of a lifetime

Every year people decry his talent, and every year UN DE SCEAUX proves them wrong.

At the grand old age of 11, the veteran superstar showed the youthful Min a clean pair of heels in the Champion Chase, seeing him off fair and square for his second straight victory in the race.

It was a performance suggesting he’s lost none of his ability – and it would be no surprise to see connections return for another crack next year.

Conditions may have been dreadful, but that didn’t stop Davy Russell’s mount, who cruised into contention and won on the bridle.

A performance like that makes you wonder how he got beaten at Cheltenham – and how much he has left to offer next year.

7am Chelsea transfer news LIVE: Fans beg Hazard to stay, Coutinho blow, Giroud to Nice
Obese people can slash killer heart fat by a third with High Intensity Interval Training, experts fo...
Ex-England boss Sven-Goran Eriksson in talks to become new Iraq national team coach
Apple App store and iTunes crashes as furious customers complain on Twitter
Man Utd ready to offer Jesse Lingard PLUS £45m to Leicester for James Maddison transfer
From the Ford Fiesta ST-Line to VW up! GTI, young people have never had it so good with these tiny b...
Who is Angel Gomes, when did he join Man Utd and is he playing against Crystal Palace?
How to spot a brown recluse spider and treat a bite