A band who called for Conservative supporters to be killed were axed from the Glastonbury Festival last night.

Punk outfit Killdren, who endorse a ‘Tory genocide’, had been booked to play at the event later this month.

But the Jo Cox Foundation called for them to be dropped from the line-up, saying their politically motivated lyrics were ‘completely abhorrent’ and ‘wrong’. 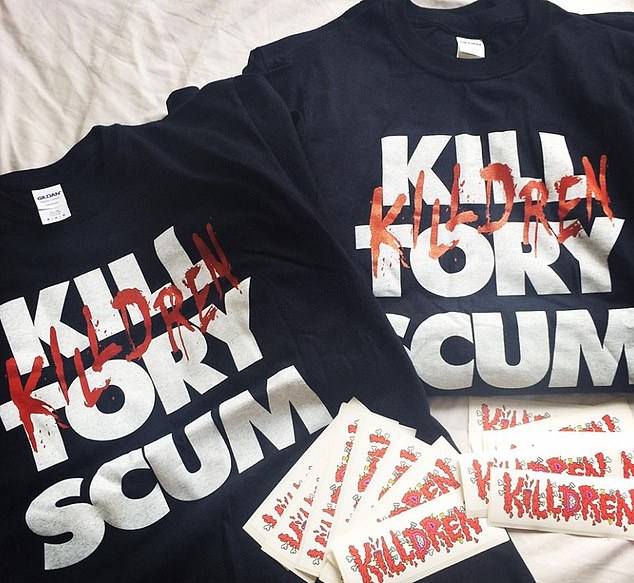 Killdren, a two-person band with songs titled Work Hard F***er, Empires all Crumble and Profits of Doom have been banned from performing at Glastonbury Festival 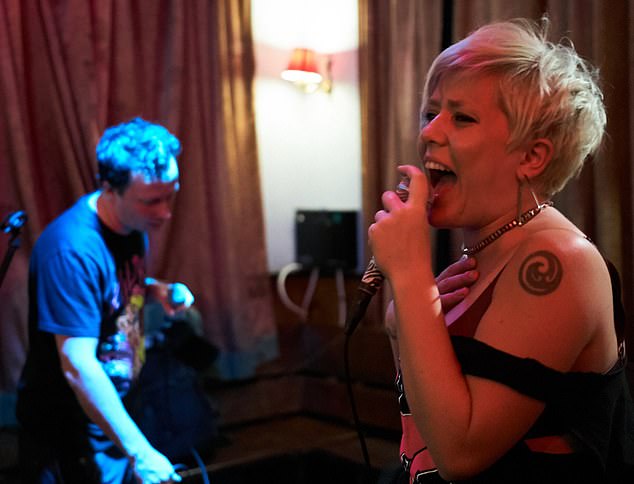 Killdren (pictured) was founded in 2017 by Efa Thomas, 27, a Welsh musician and political activist , and Nick Ronin, 40, a north London DJ

The music video showed a Conservative voter butchered with a chainsaw by a man touting ‘Kill Tory Scum’ leaflets. The attacker is then awarded ‘1000 points’ as if he is in a computer game.

The same video also showed Prime Minister Theresa May and former chancellor George Osborne being shot in the head by a virtual sniper.

Another YouTube video of a live performance showed a band member pretend to rape a man in a suit while another wore a Kill Tory Scum T-shirt. 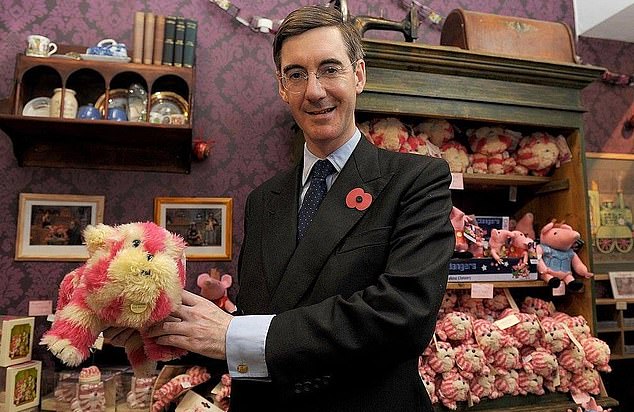 A post on their Facebook page, that has since been removed, showed an image of Somerset MP Jacob Rees Mogg and his children alongside a caption that called for them to be killed

Last night Shangri-La Glastonbury, which said it booked the band ‘independently from the Glastonbury Festival’ to play its Truth Stage, said: ‘We are incredibly saddened that the attention this booking has received has caused such upset and negativity towards such a peaceful festival.

‘We in no way condone violence and will not allow this matter to overshadow the incredibly inclusive spirit of Glastonbury, and as a result we have taken the decision to withdraw the booking.’ Killdren describe themselves as ‘sitting uneasily between straight-up nihilism and fresh-faced naivety’ and claim their music is ‘the ideal soundtrack to the worst generation in history’.

A post on their Facebook page, which has since been deleted, showed a picture of Somerset MP Jacob Rees-Mogg and his children with a caption that called for them to be killed. The band said yesterday that the comments had been posted to Facebook by another person.

Killdren were founded in 2017 by Efa Thomas, 27, a Welsh musician and political activist and Nick Ronin, 40, a London DJ. The Jo Cox Foundation was founded in the name of the Labour MP murdered by a far-Right extremist during the Brexit referendum campaign.

Its chief executive, Catherine Anderson, had earlier said: ‘The direct incitement of violence and abuse, on any platform and in any sector, is wrong and something that we absolutely reject. I know that Glastonbury is a platform for a wide range of performances, but… I would like Glastonbury not to give a platform to these groups.’

Disgraced former Met Police chief Ali Dizaei parties in Hollywood with 'very good friend' Mel Gibson
At least eleven children die and 54 people are injured ‘in a Saudi-led airstrike'
Elmo and Jeremy Corbyn clash on visit to London polling station
Catholic devotees volunteer to be crucified as part of a Good Friday ritual in the Philippines
Families of British jihadis are plotting to smuggle them back to the UK
Michael Clarke Duncan's family accuses Omarosa of 'manipulating' him to change his will
Bond 25: Daniel Craig on his first day of filming in Jamaica
Soaring drone footage over Notre Dame Cathedral shows men hauling sheets over its roof