A rescue puppy with a second tail growing out of his head has been rescued from the streets in Missouri.

The ten-week-old dog has been taken in by Mac’s Mission – a rescue operation that specializes in helping dogs with special needs – after being found wandering the streets and given the name Narwhal, because the protuberance resembles a tusk.

‘He’s literally the most magical thing you’ve ever seen, and so happy,’ Rochelle Steffen, founder of the Missouri-based rescue center, told the PA news agency. 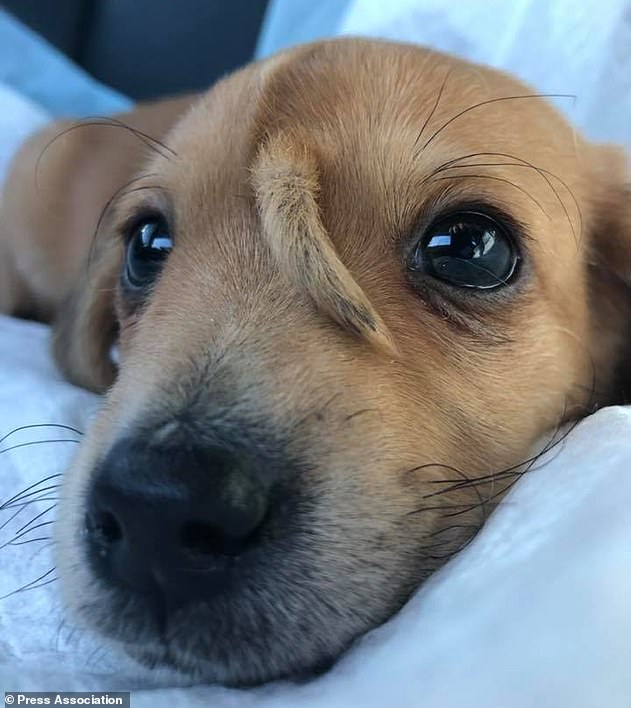 ‘Everybody wants to see him. I’ve had so many volunteers have come over and said ‘hey, can we play with Narwhal?’ And it’s now become the thing to take selfies with him because he’s just so cute.’

Narwhal visited the vet on Tuesday where X-rays showed there were no bones in the ‘tail’, which does not wag, and he was given a clean bill of health.

Ms Steffen said her rescue specializes in helping ‘janky’ animals that would not ‘get a chance anywhere else’.

She said they have had a dog with five legs, a three-legged dachshund, blind and deaf animals, as well as dogs with cleft palates and mange – but she has never previously seen anything like Narwhal.

‘Everybody has said that it looks like a tail that just didn’t develop fully, like he might have tried to absorb a twin and it just didn’t work all the way,’ she said. 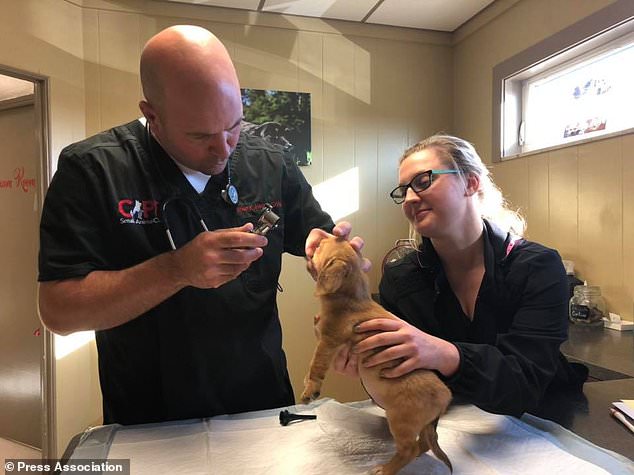 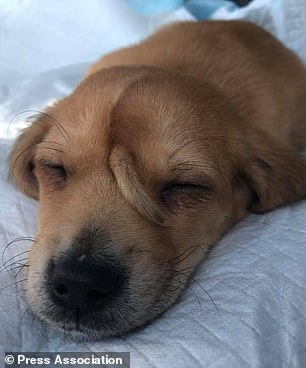 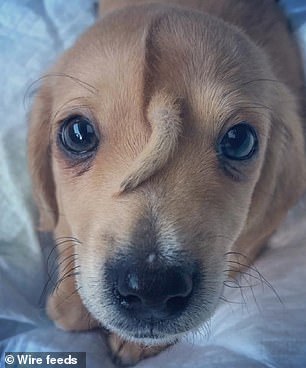 ‘It kind of curls right down under his eyes. We deal with such unique animals here that we love to let them keep their uniqueness.’

While her preference would be to leave the second tail untouched, she said they will remove it if it starts to grow inwards or to get in his eye.

And they will not adopt him out until they are satisfied it will not develop into an issue further down the line. 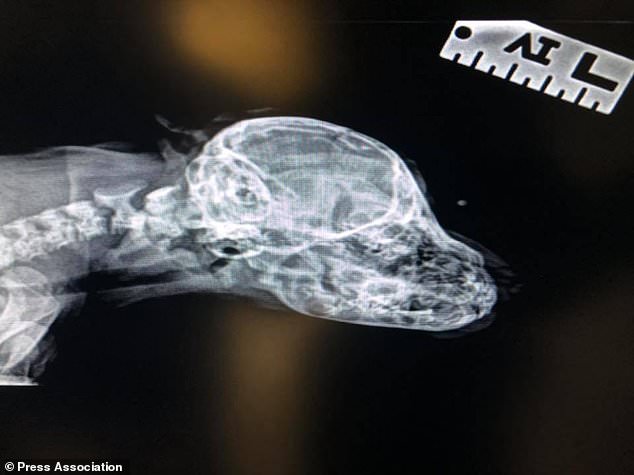 ‘We don’t want to adopt him out and two weeks later it does become a problem,’ she said.

For now, he is ‘just a normal, happy, healthy puppy’ who is getting lots of attention.

‘Everyone sees him and they literally want to rip him out of my arms immediately,’ Ms Steffen said.

‘It’s been really good for our itty-bitty rescue to have such a rock star in our midst because all this attention is helping so many of our other dogs.

British accountant, 47, faces death penalty in the Philippines 'after being caught with meth'
Oscar Wilde's ring is recovered by 'Indiana Jones of the Art World'
Mini 'Beast from the East' brings -8C temperatures and even SNOW to UK as British Summer Time begins
David Beckham's sister Joanne 'quizzed by police'
Could beer make YOUR house sparkle?
An 11-year-old boy has died after being run over in a 'hit and run' in Manchester
Shocking moment doctor has to save a dog from getting strangled by an elevator
MOD release new pictures of Gavin Williamson touring a nuclear sub two days after his sacking