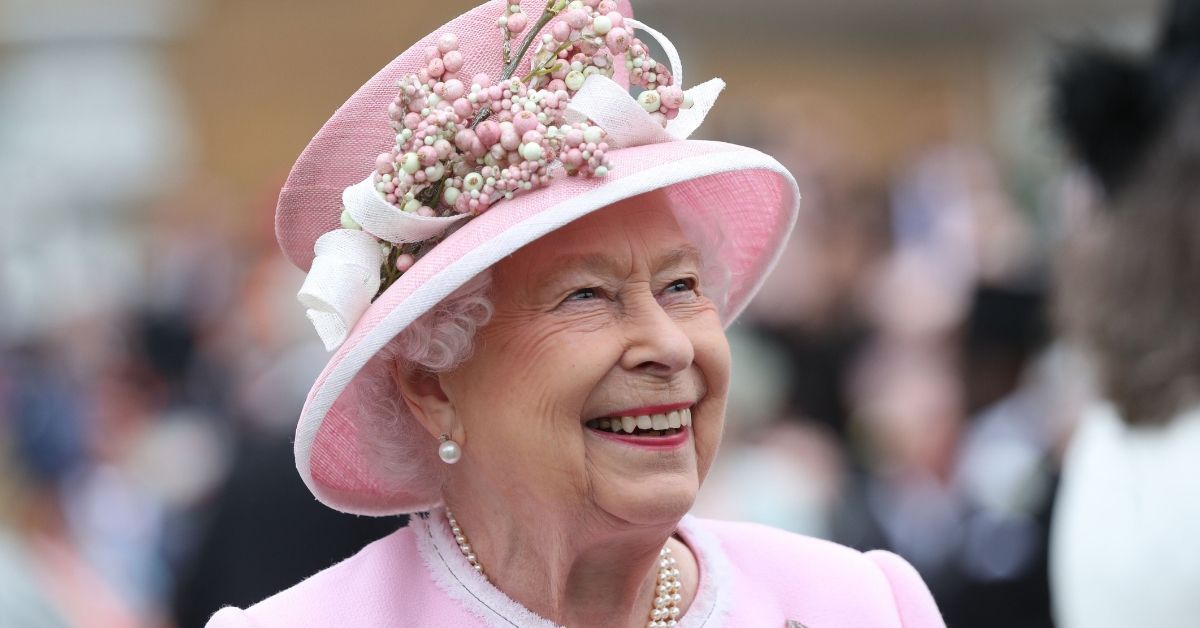 It’s no secret that the members of the British royal family have a lot of strict rules that they have to abide by. For instance, voting, colorful nail polish, public displays of attention and giving autographs are all prohibited.

Over the years, the younger royals, like Prince Harry, Prince William and their wives, have all been known to bend the rules every once in a while. Queen Elizabeth II has always been the one family member who never breaks protocol. Until now, that is.

The 93-year-old recently held a garden party at the Buckingham Palace, and it was during this event that she made an unusual gesture towards one of the guests, Laura-Ann Barr.

The Belfast-based blogger presented the Queen with a bouquet of flowers, and in an unexpected move, the monarch accepted the gift. Laura-Ann was taken aback because she was warned that the Queen does not accept flowers at garden parties.

“I didn’t see anyone else with flowers,” the blogger told People. “I suppose it’s not really meant to be done at a garden party, but I was only going to have one chance of meeting the Queen and I was going to give it my all. I bought them at the tube station flower shop that morning and had them in my handbag going through the gates.”

She added, “They did inform me that unfortunately she would not stop to accept them as it’s not protocol and if I’m lucky her lady-in-waiting might spot them and accept them on her behalf. I think they were very shocked when it happened!”

The Queen did pass the bouquet to one of her ladies-in-waiting, but it wasn’t because she was no longer interested in the flowers. “It might be easier for me to carry them, and the Queen can have them when we’re indoors,” the lady-in-waiting told Laura-Ann.

The Queen’s rare gesture even left her security staff surprised.

“The security staff congratulated me and said they were surprised she stopped and accepted the flowers,” Laura-Ann continued. “They said that had not happened ever before.”

Some people may chalk up Laura-Ann’s special moment with the Queen to luck, but Laura-Ann credits her strategic thinking. Laura-Ann and her mother found themselves in the “perfect place at the right time” as they were among the first group of people to get through the palace gates. After having tea and cakes, they “went straight to the entrance of the royal tea tent, knowing she would walk this way.”

“While everyone was sheltering form the rain in the normal tea tents, mum and I stood for over an hour at the entrance of the royal tent with our umbrellas up patiently waiting hopeful we would have the best chance of seeing her up close and possibly meeting her,” Laura-Ann explained.

Looks like the duo’s persistence paid off in the best way. Not only did Laura-Ann meet the Queen, she was also able to have a quick chat with Harry, congratulating him on the birth of baby Archie. The blogger also had encounters with sisters Princess Beatrice and Princess Eugenie, who accompanied their grandmother to the event.

“[They] were very beautiful and made eye contact and smiled to say hello,” Laura-Ann recalled. “They seem like really lovely girls!”

Royals have been hosting garden parties since the 1860s to “recognize and reward public service.” The next party is scheduled to take place on July 3 at Holyroodhouse in Scotland. We’re waiting with bated breath to see if the Queen will break any more of her own rules.

Are you surprised the Queen accepted flowers from a guest?

Florida Pushes To Quit Daylight Saving Time - And Other States Could Join Them
Sophia Bush : can you find the star of the Brothers Scott on these images ?
Tristan Thompson will he feel trapped in his relationship with Khloé Kardashian ? The terrible revel...
Like you, these stars know how to rot a photo by making the idiots behind
More Than 12,000 Cases Of Pillsbury Flour Recalled Over Salmonella Risk
Woman Told To "Cover Up" At Pool After One-Piece Deemed "Inappropriate"
Cool Whip Reveals New Flavor That Has Me Singing Happy Birthday
Here’s Why March’s "Worm" Moon Is So Super