While many of us have unflattering passport pictures, Queen guitarist Brian May says his photo has led to ageism by border officials because it was taken before his shock of dark curly hair turned grey.

He complained that one airport guard ‘looked at my passport picture, and then at me, and said: “Oh, but the man in this picture has black hair — doesn’t look anything like you.”

‘He added a little snigger, as if he was pleased with his powers of observation and wittiness. I said: “It happens to us all — it will even happen to you, if you’re lucky.” ’ 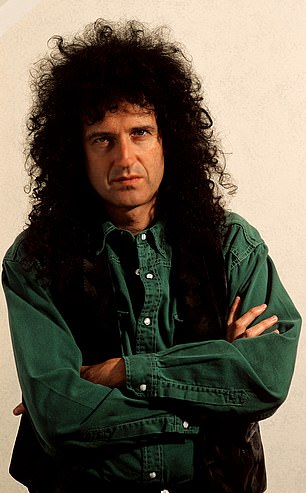 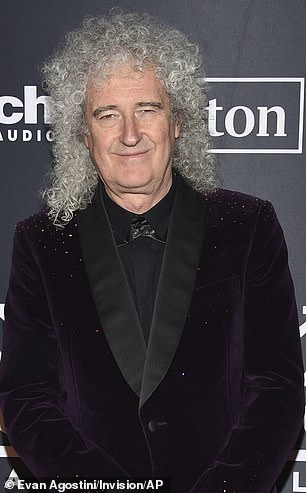 The musician adds: ‘There’s a serious truth here. We are all massively conscious that we mustn’t behave or speak in ways that are sexist, or racist… but ageism is alive and well.’

May, now 71 (seven years into pensionable age), might be getting a bit sensitive in his older age, evident through the number of campaigns over animal rights and climate change he now ardently supports.

His most prolific campaign, and the one that seems that have made him the most angry, was over protests to the fox-hunting ban imposed in 2003.

In 2010 May slammed Tory councillor David Parsons as a ‘pathetic, arrogant, snivelling little dweeb’ after the leader of Leicestershire County Council hit out at the rock star for launching an anti-hunting campaign.

Viewers also ‘swooned’ over the We Will Rock You hit-maker revealed he had devoted his back garden to rehabilitating hedgehogs. 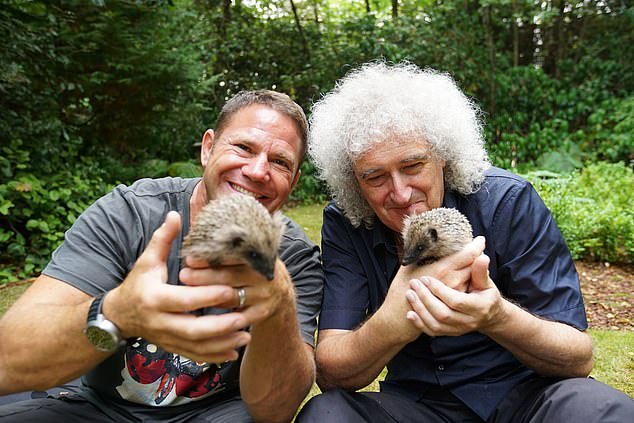 Viewers swooned over Queen star Brian May, pictured right with adventurer Steve Backshall, on Channel 5’s Saving Britain’s Hedgehogs tonight after the rock star admitted one of his greatest joys in life is rehabilitating hedgehogs

More recently he proudly showcased a new pair of vegan shoes made by Yatay to fans on Instagram.

He even urged his fans to join him in buying vegan shoes as well, saying: ‘Remember! You don’t have to be a Vegan to eat vegan food. Or buy vegan stuff.

‘But every time you invest in vegan merchandise you invest in the health of the planet and the animals that live on it, including ourselves. And you don’t have to make any more excuses !!’

May explained that he was ‘fed up’ of trying to explain that as an animal campaigner it wouldn’t be right to ‘wear animal skins on his feet’.

With a Queen world tour on the books for 2020, its clear the tireless campaigner won’t be stepping off any stage soon.