The Queen will knight Colonel Tom Moore on Friday with her father’s sword at Windsor Castle after the 100-year-old veteran raised more than £32million for the NHS.

The fundraising hero will travel to the Berkshire royal residence with members of his family for the rare investiture with the monarch.

Colonel Sir Tom won the hearts of the nation after originally setting out to raise £1,000 for health service charities by walking laps of his Bedfordshire garden. 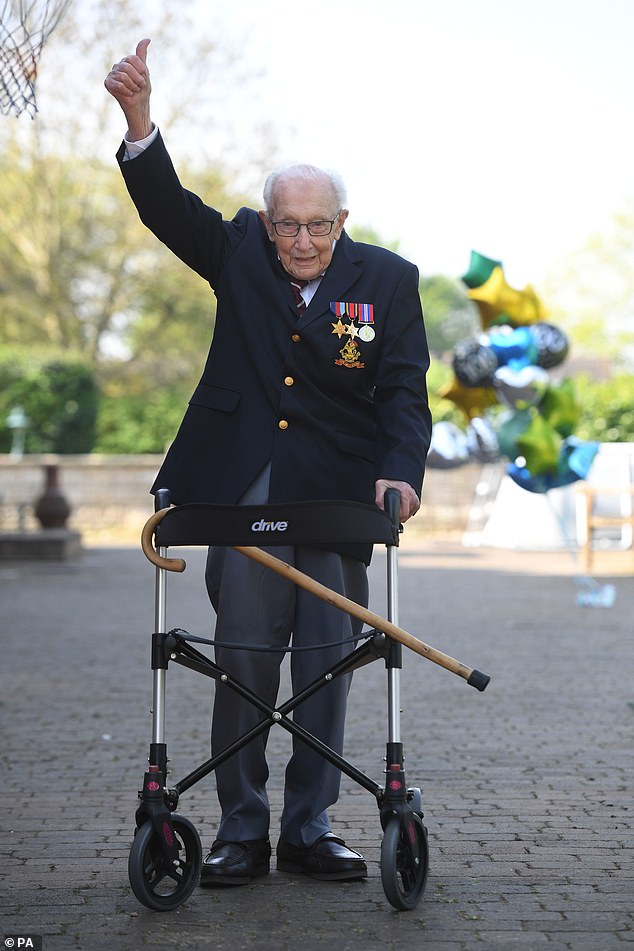 Colonel Tom Moore, pictured above, will travel to the Berkshire royal residence with members of his family for the rare investiture with the monarch on Friday

Royal investitures were put on hold during the pandemic and those scheduled to take place at Buckingham Palace and the Palace of Holyroodhouse in Edinburgh in June and July were postponed.

But the 94-year-old Queen, who has been staying at Windsor since before lockdown for her safety, will carry out the official engagement in person – rare for the monarch during the pandemic – to honour Captain Sir Tom.

The monarch will use the sword that belonged to her father, George VI, and will present Colonel Tom with the insignia of Knight Bachelor.

The ceremony will take place entirely within the confines of Windsor Castle, with no viewing positions for the public.

Such is the popularity of Colonel Sir Tom that members of the public are being asked not to attend Windsor town centre or gather in the hope of seeing any of the ceremony, which will not be visible from any external viewpoint.

Colonel Tom previously revealed he will say ‘thank you very much’ to the Queen when he receives his knighthood. 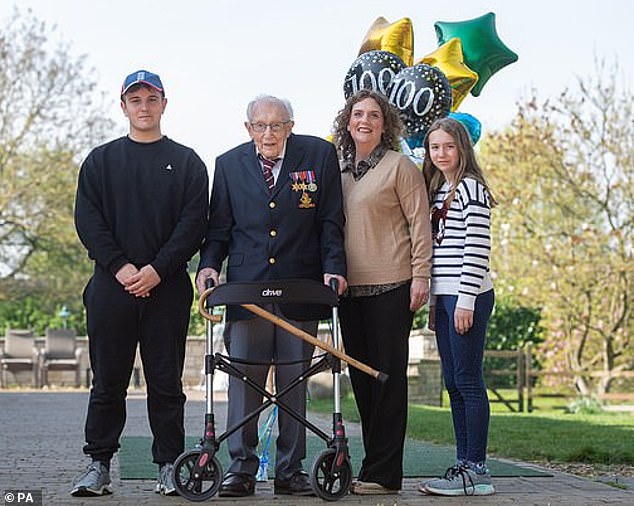 Colonel Tom, pictured with his grandson Benji, daughter Hannah and granddaughter Georgia, received a special nomination for knighthood from the Prime Minister 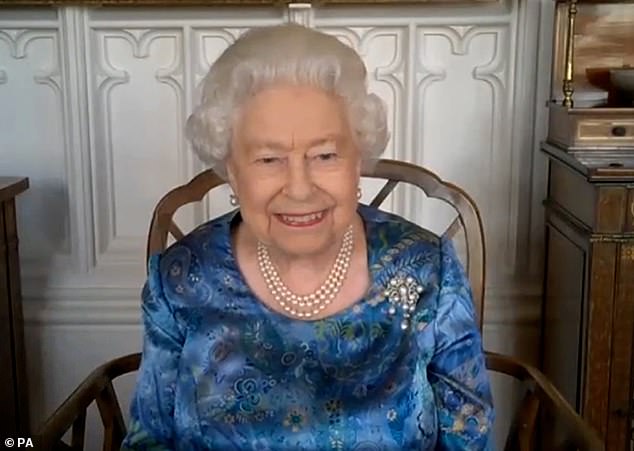 The 94-year-old Queen, pictured during a video call from Windsor Castle, where has been staying since before lockdown for her safety, will carry out the official engagement in person

Discussing the news on Good Morning Britain in May, the centenarian from Bedfordshire explained he is ‘thrilled that Her Majesty has chosen poor little me [to] be knighted.’

‘It really is a great honour and something I never ever anticipated,’ he said. ‘If the Queen is so gracious to bestow this honour on me, I’m totally thrilled by it. It never, ever entered my head that something like that could happen to me.’

The war veteran, who spoke from his garden in Marston Moretaine with his daughter Hannah Ingram-Moore, went on to joke his conversation with the Queen ‘would have to be kept secret.’

‘The discussion between me and the Queen would have to be kept secret, I’ll say thank you very much Queen,’ he said.

Colonel Tom received a special nomination for knighthood from the Prime Minister, which was the first of dozens of coronavirus crisis gongs. 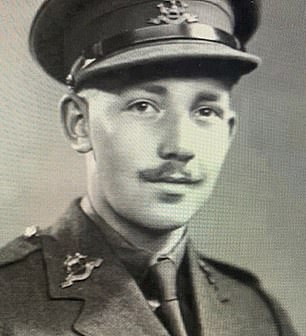 Colonel Tom pictured during the Second World War. Boris Johnson described him as a national treasure during the Covid-19 crisis

Boris Johnson described him as a national treasure and said he had provided a ‘beacon of light’ through the Covid-19 crisis.

The Second World War veteran had set out to raise £1,000 by walking 100 laps before his 100th birthday on April 30. He completed the laps ahead of time and his determination captured the public imagination.

Almost £33million had been donated to his JustGiving page before it closed on the evening of his birthday. With Gift Aid, the total stands at £39million.

In a message to the nation, Colonel Tom told those watching that things will get better once this coronavirus crisis has passed, ‘as they always do.’

‘I think you go back to the song after the storm there will be a golden sky, you’ve got to look forward to the fact that things will improve as they always do,’ he said.

‘We will hear the larks singing again beautifully, that’s what we must truly believe because it will happen.’

The centenarian later told BBC Breakfast that his first reaction on receiving news of his knighthood was: ‘This can’t be true.’

‘I’ve always said: “This won’t happen”, and now it appears it actually has,’ he said. ‘But I certainly was never anticipating that that letter would arrive for me. I’m certainly delighted and I am overawed by the fact that this has happened to me.’

He joked that he hopes the Queen is ‘not very heavy-handed with the sword as by then I might be rather a poor old weak soul’.