Twitter users reacted angrily last night after a Question Time audience member made a sign associated with white supremacy – but it later emerged he was taking part in an innocent joke with friends.

The unnamed audience member was seen flashing an ‘OK’ gesture, which involves putting your thumb and forefinger together with three fingers outstretched, and has been used by some far right groups to spell out ‘WP’ for ‘white power’.

However, the man was horrified when he was informed of this meaning of the symbol and explained he was using it innocently in relation to a drinking game, a source told MailOnline.

The popular emoji has been registered as a hate symbol by the US-based Anti-Defamation League, but the group warned it is still ‘overwhelmingly’ used to show approval or that someone is OK.

Others use it as part of a ‘circle game’ created on US TV show Malcolm in the Middle, which involves someone making the gesture and holding it below their waist. If someone else looks at it, they get a punch in the arm.

The appearance of the symbol on last night’s youth version of Question Time provoked a minor Twitter storm, with some viewers claiming it had been used with racist intent.

Loki Rentoul tweeted: ‘They had a white supremacist throwing up white power signs on question time last night so it’s apparently all fine.’

‘Bob Cat’ wrote: ‘And goodnight to the BBC who tonight put a white supremacist who repeatedly made supremacist hand gestures on the front row of question time.’

Twitter users claimed the audience member had used the symbol as a racist gesture. However, the man was horrified when he was informed of this meaning of the symbol and explained he was using it innocently in relation to a drinking game, a source told MailOnline 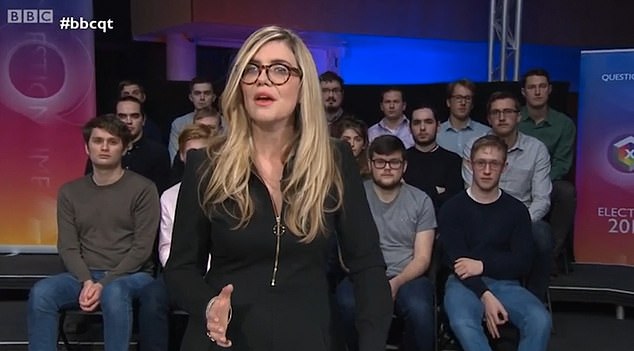 The symbol’s co-option by racists began as a joke on far-right messaging site 4Chan – where users took an innocent gesture and pretended there was a hidden meaning behind it, hoping to trick left-leaning people into outrage.

But the joke escalated and soon the symbol was being widely used among the far-right, leading some people to conclude it was changing its meaning.

The audience member has not commented publicly on the controversy, but made it clear he was horrified at being accused of advocating white supremacy when challenged by another Question Time attendee.

MailOnline understands police officers who are present at all screenings of the political show for security also accepted the man did not have any racist intent. 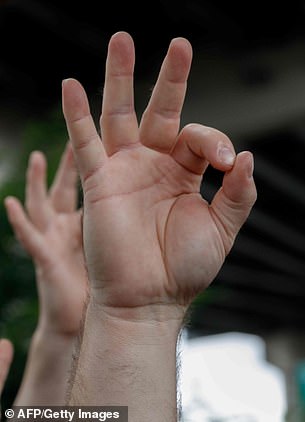 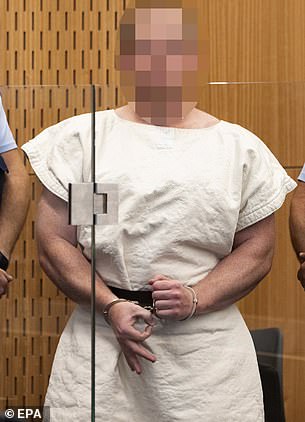 The ‘OK’ hand gesture (left) is now sometimes associated with white supremacy despite its usually innocent meaning. Brenton Tarrant, the Australian man arrested for killing 51 people at mosques in New Zealand earlier this year, is seen right making the gesture in court in March