Dominic Raab is holding talks with Michel Barnier in Brussels today amid signs they could be on the verge of a dramatic Brexit divorce deal.

The Brexit Secretary fueled speculation about an imminent breakthrough as he announced the unscheduled meeting in Brussels.

Sources denied the pair were putting the finishing touches to an agreement, insisting there were still difficult problems to resolve, including over the Irish border. But there is growing optimism in Whitehall that the negotiations are heading towards some kind of agreement.

The push for a settlement to the withdrawal package – which appears to be following the choreography set out in a leak to a German newspaper yesterday – comes despite a furious backlash from senior Tories at concessions offered by Mrs May. 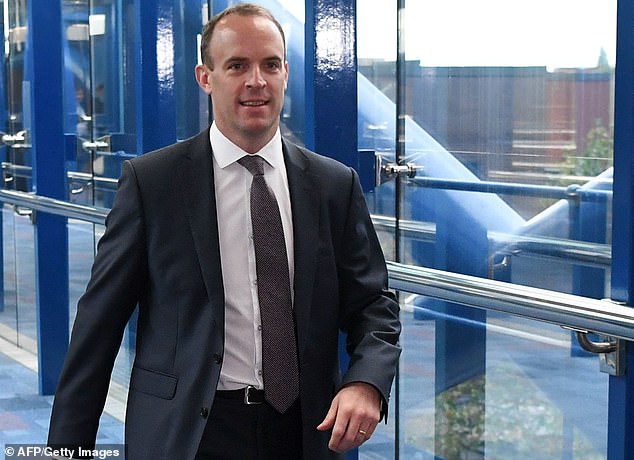 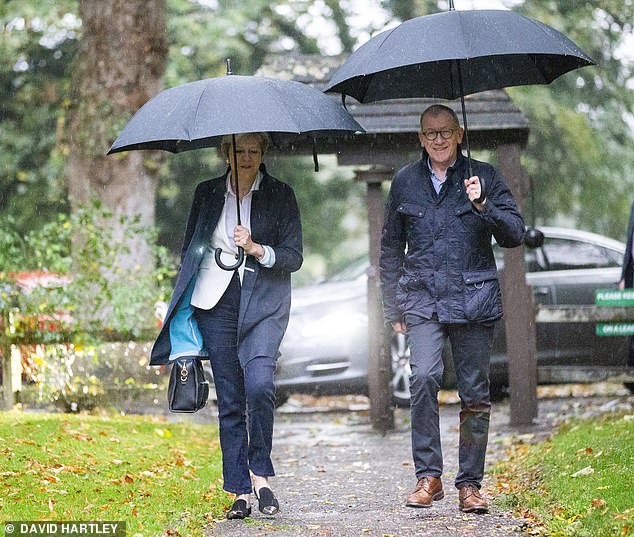 Theresa May, pictured at church in her Maidenhead constituency with husband Philip today) is hoping MPs will support her plans rather than allow Britain to leave with no Brexit deal

Former Brexit Secretary David Davis has accused the PM of ‘panicking’ and making ‘unacceptable’ compromises – urging the Cabinet to step in and overrule her.

Meanwhile, Boris Johnson has said he fears the worst national humiliation since Suez more than six decades ago.

Mrs May is thought to be trying to break the deadlock by proposing a new ‘backstop’ arrangement for the Irish border.

The blueprint could mean the whole UK staying in the EU customs union ‘temporarily’ and accepting regulatory checks between mainland Britain and Northern Ireland.

But there is not expected to be any hard end date, and many Cabinet ministers and Tory MPs fear that in reality it would keep the UK subject to Brussels rules for good -wiping out any advantages from Brexit.

The ideas have also provoked fury from the DUP – which is propping Mrs May up in power – as they warned against any agreement that would risk splitting the UK.

The party’s leader Arlene Foster is said to have had an angry showdown with the EU’s chief negotiator Michel Barnier last week, and now believes no deal is the ‘most likely’ outcome.

Downing Street has played down rumours that a divorce agreement could be finalised today.

But a spokeswoman for the Brexit Department said: ‘Brexit secretary Dominic Raab will be in Brussels this afternoon to meet with Michel Barnier.

‘With several big issues still to resolve, including the Northern Ireland backstop, it was jointly agreed that face-to-face talks were necessary ahead of this week’s October European Council.’ 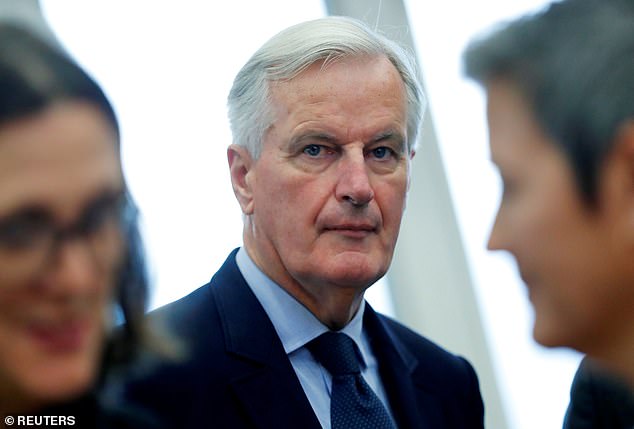 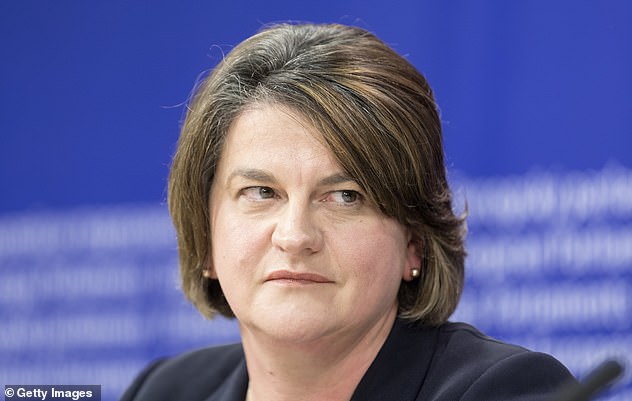 DUP leader Arlene Foster, pictured in Brussels last week, is reported to have said that a no-deal Brexit was now the most likely outcome after talks with senior figures including Michel Barnier

Internal documents, believed to be from the EU team working under Mr Barnier, leaked in Germany yesterday.

The Süddeutsche Zeitung newspaper said they complained a rough schedule for the talks over the coming days.

It included a meeting between Mr Barnier and Mr Raab today that agrees the outlines of a deal.

The ‘provisional timetable’ and its content is said to have been presented to the EU ambassadors on Friday to make them aware of the EU’s position.

Highlighted in red on Sunday, the papers say: ‘Deal made, nothing made public (in theory)’.

If a package is agreed there would be an announcement made before the crunch summit of EU leaders in Brussels on Wednesday.

However, the paper stressed there were still outstanding issues over future trade relations.

A political declaration sketching out those terms is due to be agreed by the bloc’s leaders next month, if the divorce package is complete.