RAF warplanes will remain in Syria despite the fall of Islamic State’s last territory because the threat posed to Britain is not over, the UK’s top commander warned yesterday.

Major General Christopher Ghika said the UK would continue striking the terror group because it still had leaders willing to take over the fight.

The terrorists’ ‘caliphate’ was finally defeated in its last holdout in eastern Syria on Saturday after a five-year campaign involving hundreds of British troops in coalition with the US and dozens of other nations. 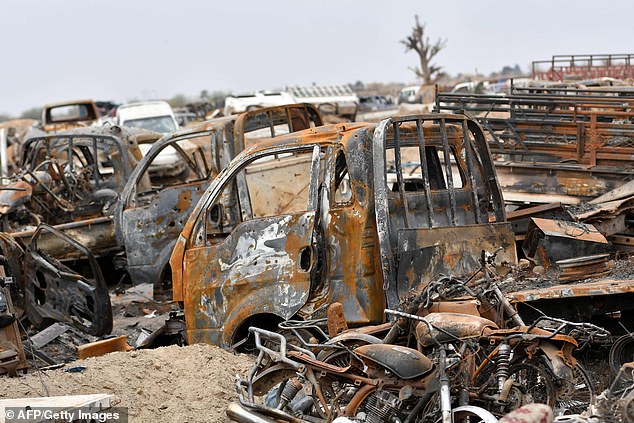 This picture taken on March 24, 2019 shows destroyed vehicles in the village of Baghouz in Syria’s eastern Deir Ezzor province near the Iraqi border, a day after the Islamic State group’s ‘caliphate’ was declared defeated by the US-backed Kurdish-led Syrian Democratic Forces

The jihadists defended their holdout in the village of Baghouz for weeks before being overwhelmed by Kurdish-led forces.

Major General Ghika, deputy commander of the Combined Joint Task Force, said British troops and other coalition forces would collect evidence against IS fighters to be used in court to prosecute them.

He added: ‘They continue to be a threat to Iraq, Syria, the region and the world.’

Islamic State lured 900 Britons, including Shamima Begum, now 19, who became an IS bride after joining in 2015. She was stripped of her British citizenship last month after resurfacing in a Syrian refugee camp. 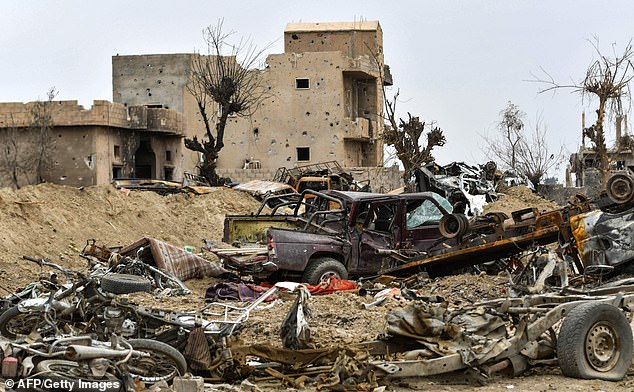 Destroyed vehicles and damaged buildings in the village of Baghouz in Syria’s eastern Deir Ezzor province near the Iraqi border, a day after the Islamic State ‘caliphate’ defeat