This is the moment a young bull turns on his tormentors and flings a tourist through the air before trampling over him at a Spanish festival.

The Frenchman was watching from a wooden stand while a man with a long stick prodded the beast during the ‘Bous al Carrer’ festival in the town of Calpe, in the Valencia region.

Footage shows the stick-wielding man baiting the horned animal from the relative safety of a raised wooden platform while crowds watch on.

But instead of going for the ringleader, the bull turns and flies down the street towards the unsuspecting tourist. 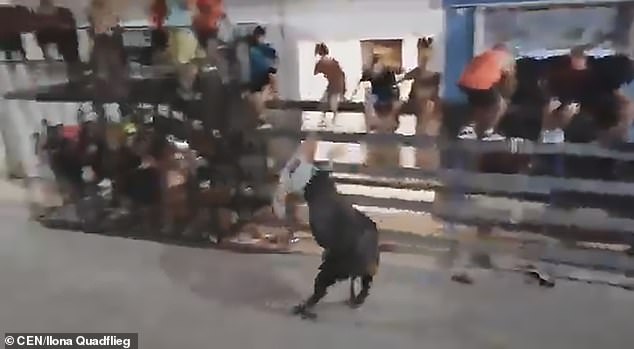 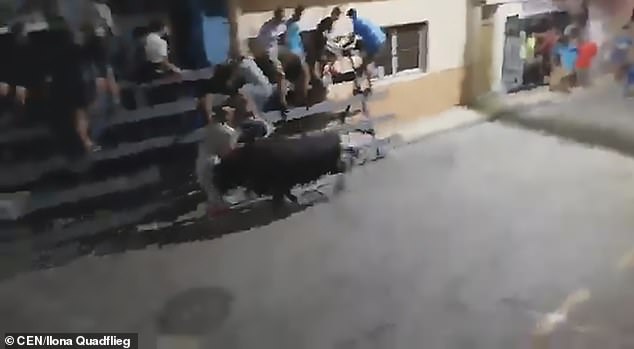 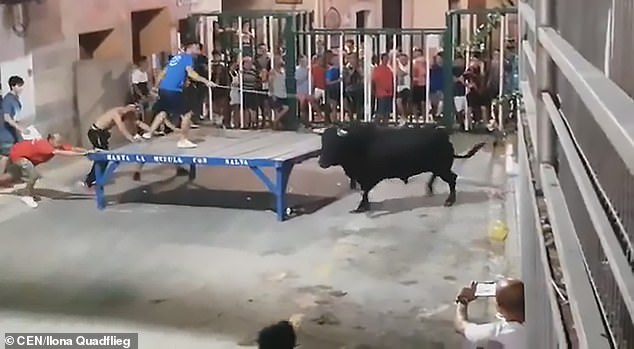 Its broad head ploughs into the bystander below the waist and he is hurled through the air, his legs appearing to catch on the bull’s horns as he falls to the ground.

Then the rampant bull tramples across his victim while trying to smash him with his horns again as the Frenchman scrambles across the ground.

According to the local council the tourist escaped without serious injury. 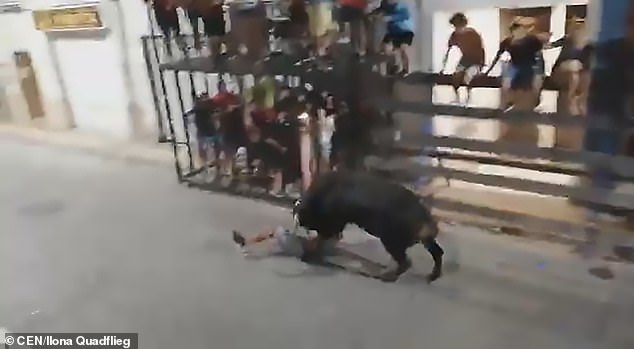 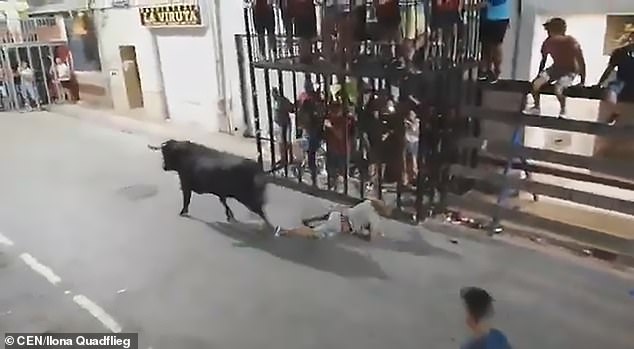 He was taken to hospital in the nearby city of Denia where a doctor confirmed he had not broken any bones, the spokeswoman for Calpe council said.

The spokeswoman added: ‘Another injury was reported at the festival on the same day but was not caught on camera.

‘The security measures are fine and no other problem was registered.’