Real Madrid gave Gareth Bale a rest and just about got away with it narrowly beating Espanyol 1-0 to go back to the top of La Liga ahead of Barcelona’s game on Sunday.

Marco Asensio got the only goal of the game but far from finishing the match as a contest early, Madrid were left to sweat until the final kick.

Asensio scored his first league goal of the season to settle it although he had to wait several minutes after the ball hit the back of the net before he could celebrate properly. 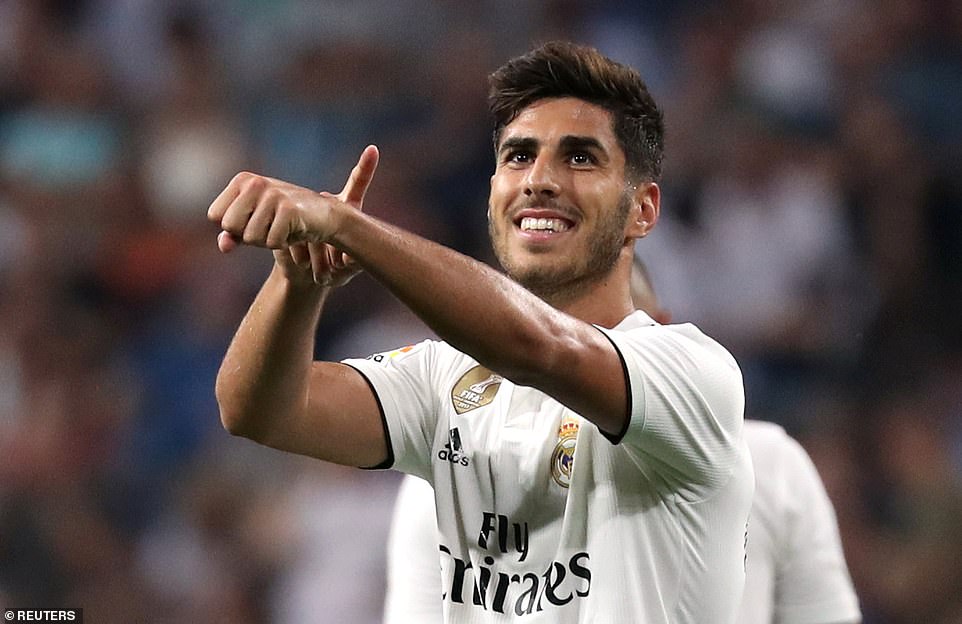 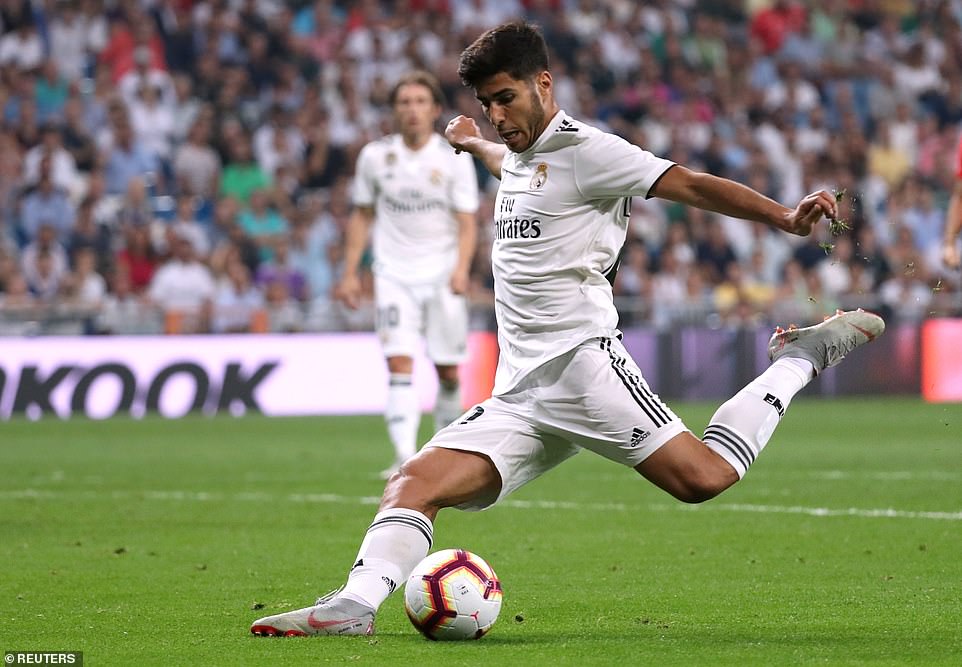 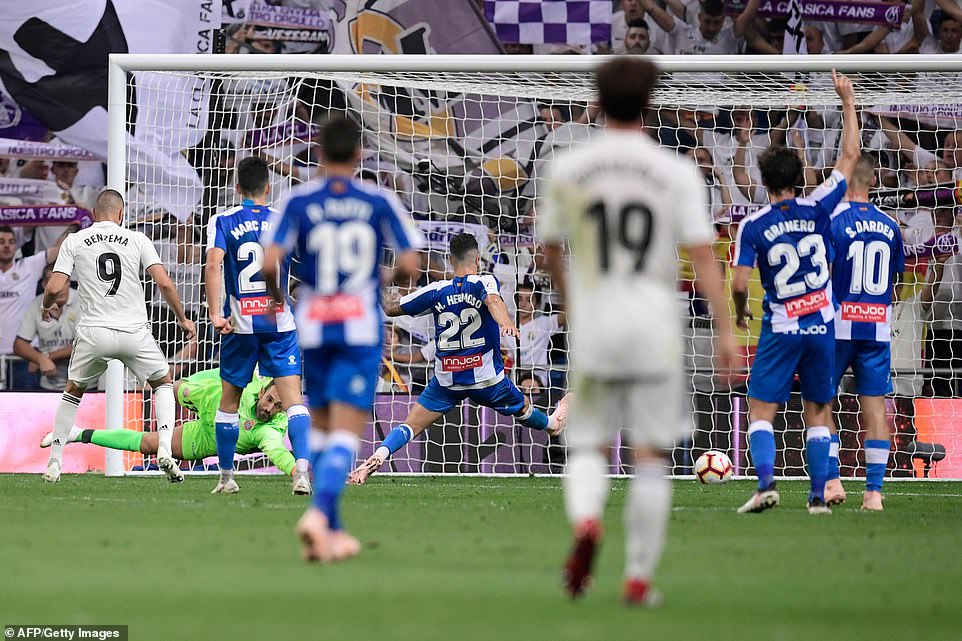 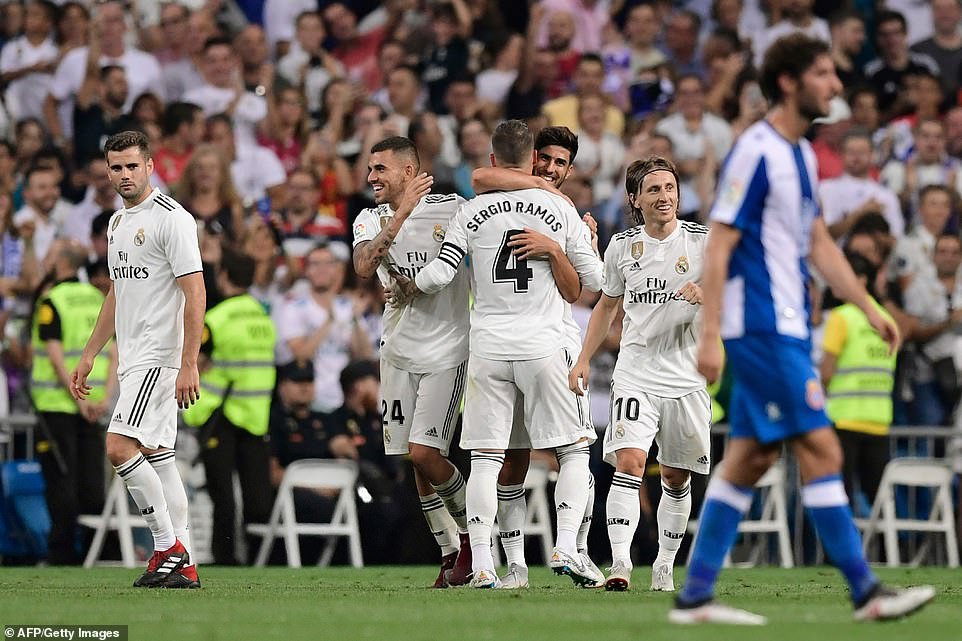 Luka Modric played the ball through to him and he finished into Diego Lopez’s far corner. The linesman raised his flag as soon as the ball hit the back of the net and referee Mateu Lahoz signaled offside.

But Asensio had been onside when the ball was played and with Espanyol ready to take the free-kick for offside Lahoz signaled that VAR had given the goal.

Madrid had been made to work for their lead and they could easily have fallen behind when Espanyol broke quickly only for Pablo Piatti to send his shot wide.

Real Madrid had the best of the first 30 minutes but didn’t have their first real chance until Casemiro headed a Modric corner just wide.

There were plenty of midfield players in Julen Lopetegui’s line-up with Bale resting on the bench ahead of Wednesday’s visit to Sevilla. It was agreed he would only be brought on in case of emergency. His absence was felt because there was a lack of pace to get in behind the Espanyol defence in the first half.

Hernan Perez was next to break but Thibaut Courtois – back in goal for Real Madrid after Keylor Navas played in the Champions League – made the save.

As it seemed that the two teams would go in at half time on level terms Asensio broke the deadlock.

Madrid almost doubled their lead just two minutes into the second period. Dani Ceballos’ pass found Modric and Diego Lopez got down well to his right to turn the shot around the post for a corner.

Lopetegui’s team could still not find the second goal and when Casemiro sliced one shot horribly wide it was the cue for Mariano Diaz to strip to come on. The scorer of the third goal against Roma replaced a subdued Karim Benzema.

Espanyol were still in it and when Borja Iglesias picked Sergio Ramos’ pocket he only had Courtois to beat. He tried to lob the keeper but, agonizingly for the visitors, the ball bounced back off the top of the crossbar.

Real Madrid went close at the other end with Sergio Ramos heading Isco’s cross goalwards. Diego Lopez had to push the ball over for a corner.

The decision to rest Bale for upcoming games was looking risky at Madrid went into the last 15 minutes still only 1-nil up. They never got their second goal but Espanyol failed to find the equalizer so Madrid go top ahead of Barcelona’s home derby with Girona on Sunday.