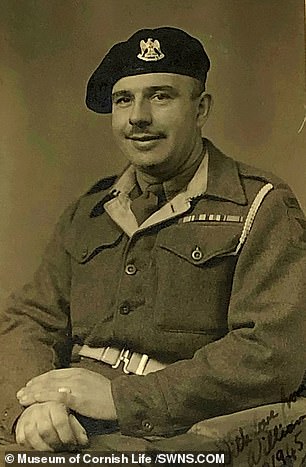 A museum has uncovered the remarkable story of how a WWII soldier carved a replica Cornish pasty from stone in Bethlehem – and brought it home via the Normandy Landings.

Former butcher and cavalryman William ‘Bill’ Jewell painstakingly sculpted the pocket-sized keepsake during a deployment to the Middle East in 1943.

He carried it over 5,500 miles from the birthplace of Jesus to Italy, through the Normandy Landings and then Germany before bringing it safely home in 1944.

His family has donated it to the Museum of Cornish Life in Helston, where it is now in the running to crowned the ‘Cornish Object of the Year’.

A spokesman for the museum said: ‘We love the little pasty, which is plain and understated.

‘It is an expression of what was important to a Cornish soldier very far from home in a very unreal situation. He went from being a butcher to tank battles in the desert.

‘This pasty is no “tacky gift” – it is both a remembrance of home and of people now gone.’

Mr Jewell, who died in Helston in his nineties, enlisted to the Royal Scots Greys, part of the Desert Rats, in 1941. The 7th Armoured Brigade – known as The Desert Rats – were instrumental in taking action directly against the German army in North Africa where Field Marshal Montgomery battled his rival Erwin von Rommell, known as The Desert Fox.

In 1942 the Scots Greys moved from Syria to Egypt, and remained there until the end of the North Africa Campaign in May 1943.

Mr Jewell must then have visited Bethlehem at some point before he was redeployed to Italy – as his little stone pasty bares the inscription ‘Bethlehem 1943’. 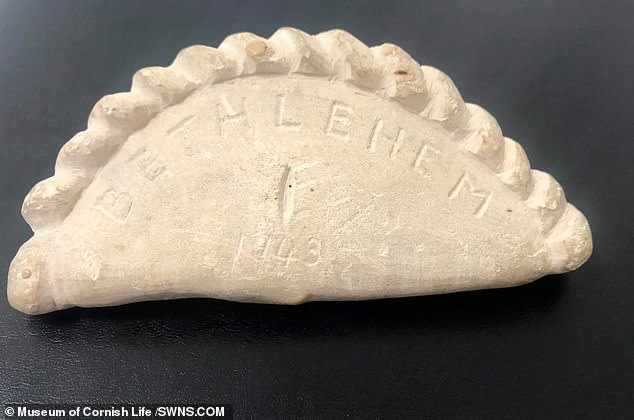 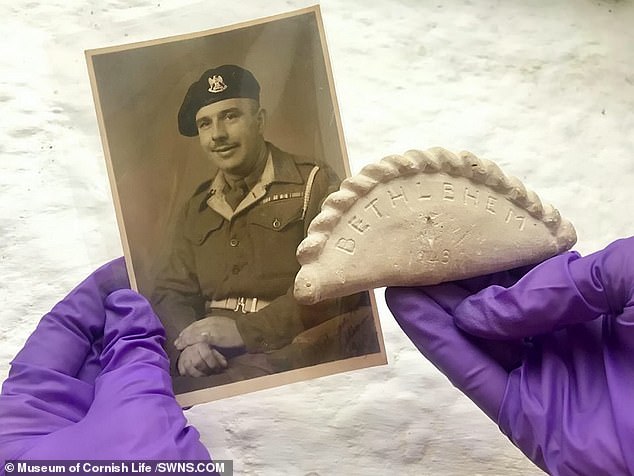 Mr Jewell, from Helston, Cornwall, returned home after being discharged from the army in April 1946 and resumed his original career as a butcher 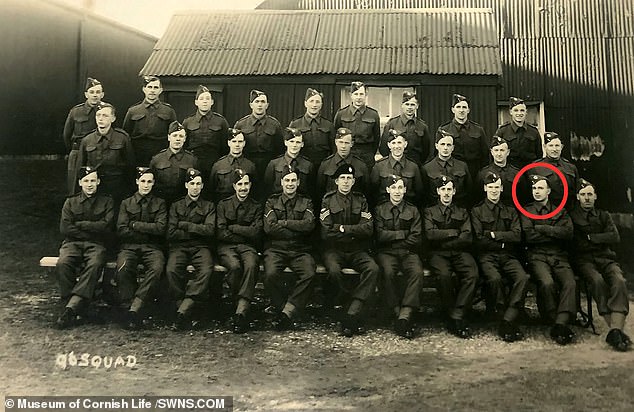 Mr Jewell, circled, travelled more than 5,500 miles with his regiment during the conflict

The regiment took part in the Normandy Landings before returning home in 1944.

He ended his service in Germany on April 21, 1946 with a note of ‘exemplary military conduct’, having also been a butcher with responsibility for the ration store.

Mr Jewell was well decorated by the time he returned home, having been awarded five medals for his service and three stars.

He received the Africa star for his service in the North Africa campaign, the France and Germany star, and the 1939-45 star, as well as a Defence Medal and a War Medal.

On his return, he worked again as a butcher in Helston where he lived until he died in his nineties.

All five of Bill’s medals can now be found at the Helston museum, along with the handmade stone pasty he kept all his life, and photographs of his years of service – all donated by his family. 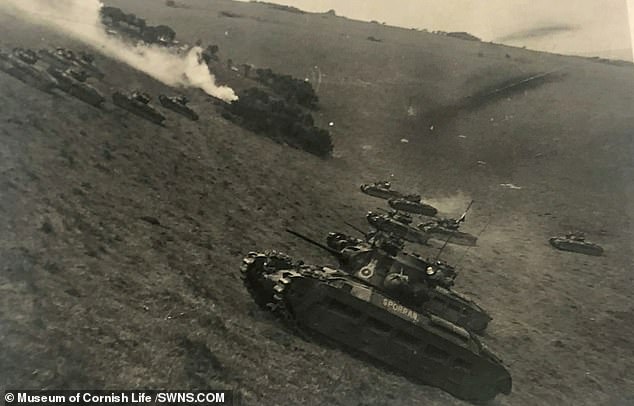 Mr Jewell was a member of the Royal Scots Greys cavalry regiment which fought across the middle east, Italy, Normandy and later Germany 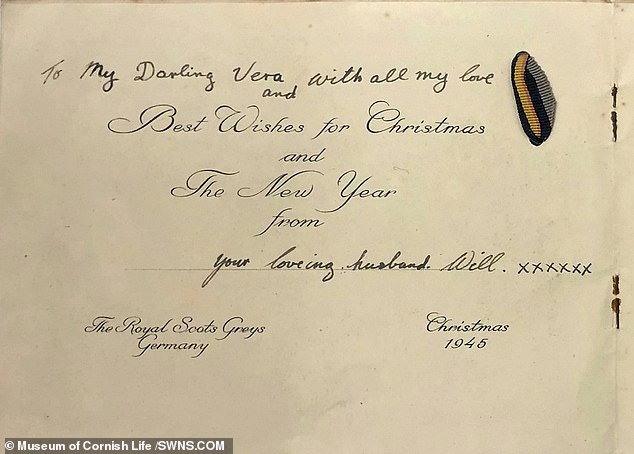 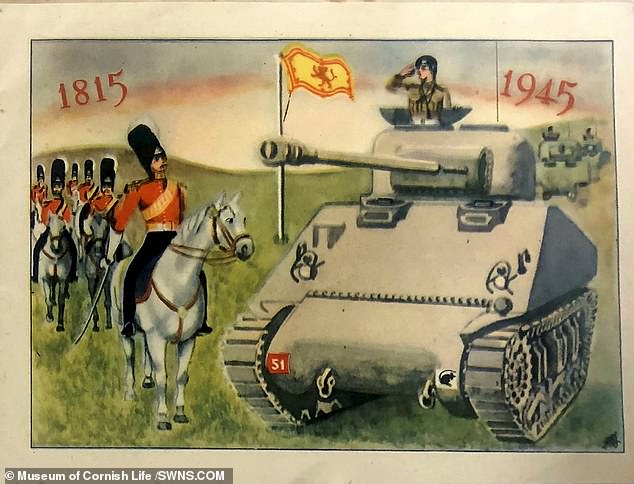 The spokesperson for the museum added: ‘It is funny to think of Bill sitting in the heat carving a pasty from a bit of stone he picked up in Bethlehem, which was a small village at the time.

‘Maybe it made him laugh that the translation of Bethlehem is “House of Meat”.

‘What we do know is that this pocket-sized pasty journeyed safely with Bill from Bethlehem to Helston and was treasure all his life.’

The Helston musuem is now hoping people will vote for the pasty to be named Cornish Object of the Year.

Shortlisting judge Mark Trevethan said described the object as: ‘A pasty with a story that reflects Cornish exploration and participation in the wider world but continued strong attachment to custom and roots.’ 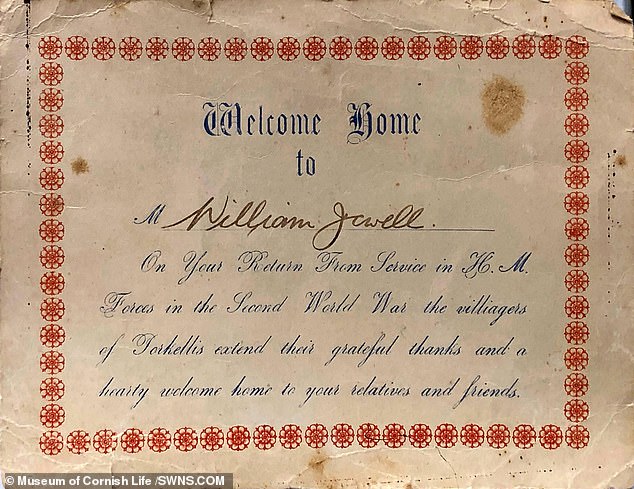