A Prezzo restaurant in Salisbury is on lockdown after a man and woman took ill and fell unconscious.

Diner Amanda Worne said she was sitting next to ‘two Russians’ who became sick while eating inside.

Customers eating at the restaurant have been told they may need to provide blood samples at Salisbury Hospital. 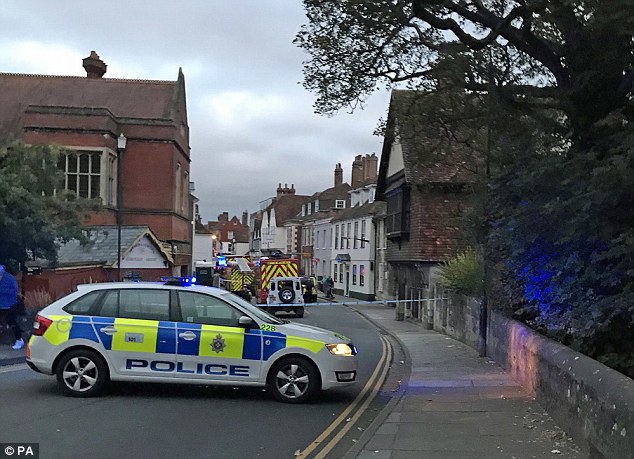 Emergency services, including officers in full-body hazmat suits and face masks are at the scene.

The patients were conscious when medics arrived and are being treated at the scene, a spokeswoman for South Western Ambulance Service said.

Customers inside the Old Ale House pub have been told they can’t leave, according to the Salisbury Journal.

‘As a precautionary measure, the restaurant and surrounding roads have been cordoned off while officers attend the scene and establish the circumstances surrounding what has led them to fall ill.

It comes just six months after former Russian spy Sergei Skripal and his daughter Yulia were poisoned while eating at Italian restaurant Zizi in the town.

A witness at the scene said: ‘There’s one fire engine, one ambulance, four police cars, a man in a full white body suit with a mouth-mask and police not allowed to tell us what’s happening.’