He is currently performing around the UK for his most recent album Beautiful Life.

But Rick Astley, 52, took a break from touring to film his new music video for his tune She Makes Me in leafy Surrey.

The 80s pop icon goes wild in the clip which sees him mimicking Fawlty Towers’ John Cleese when giving his Del Boy-style three-wheeler a lashing with some tree branches. 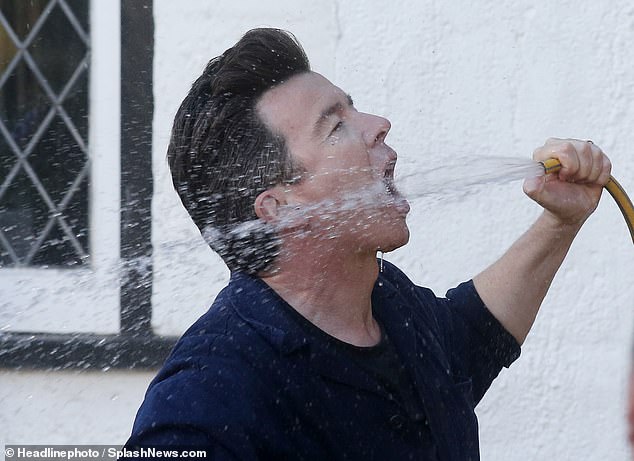 Larking around: Rick Astley, 52, took a break from touring to film his new music video for his tune She Makes Me in leafy Surrey

The Never Gonna Give You Up singer also sprays water from a hosepipe into his mouth and rages outside his vehicle when it lets him down.

Rick, who once again topped the charts with his album titled 50 last year, is captured jumping outside his car and pointing at it accusingly in a short clip of the production.

Looking smart in a brown suit jacket and blue checkered trousers, Rick teamed his outfit for the shoot with a modern pair of Nike trousers. 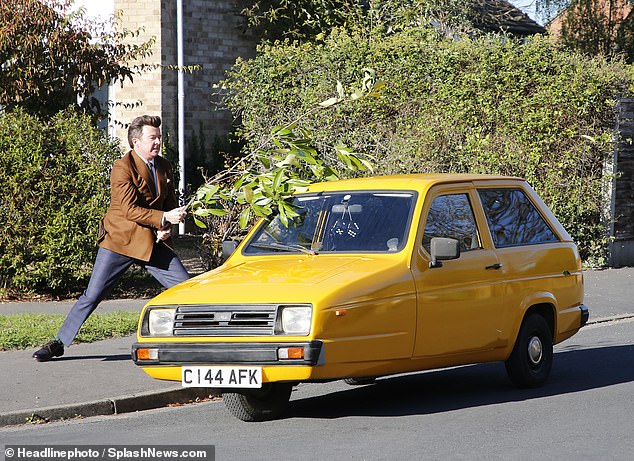 Banger: In the video, the Never Gonna Give You Up singer becomes enraged with his Only Fools And Horses-style car when it lets him down 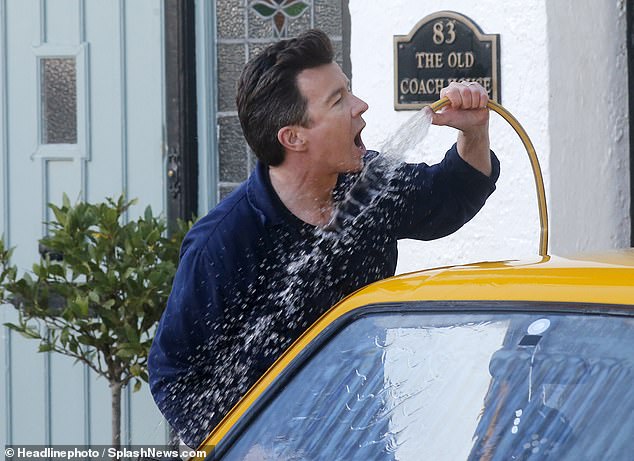 Wet weekend: The singer also sprays water from a hosepipe into his mouth

Meanwhile, Rick recently spoke out about how at the start of his career, aged only 21, he wasn’t prepared ‘emotionally’ for fame.

He told the Mirror: ‘My life changed overnight. I don’t want to be that famous ever again. I didn’t even want it at the time.

‘I am grateful for it, don’t get me wrong, but I’d rather have had a nice number 10, then a five, then a three. A steady climb.’

He added: ‘Two weeks previously I was helping my dad assemble garden sheds, then I had a No 1 all over the world – it was hard to adjust to.’

In September 2008, the crooner was nominated for the Best Act Ever gong at the MTV Europe Music Awards.

Rick’s tour continues around the UK, finishing on November 17.