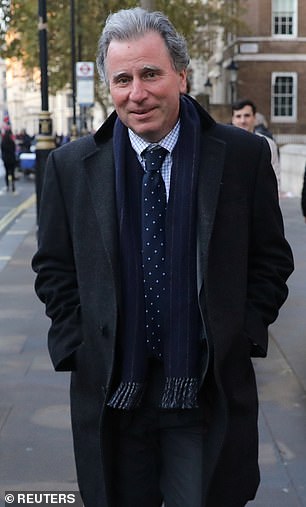 Brexit has become a never-ending national crisis for one reason only. It is because this shambolic Parliament will not do its political, constitutional and moral duty. And chief among those to blame are the wreckers led by ex-Tories Oliver Letwin, Dominic Grieve and Philip Hammond.

They have just one hope of entering the history books: with little or nothing to show for their lengthy political careers, they think they can achieve stardom by stopping Brexit.

Taking their ground on the principle ascribed to the great Anglo-Irish statesman, Edmund Burke, they believe that MPs owe the electors not their obedience but their judgment. An arguable point – but an irrelevant one. For they have no judgment.

Despite his naive charm – now wearing thin – Sir Oliver has never demonstrated any kind of judgment or practical common sense in anything.

Only he could now argue, and probably even believe, that he is supporting Prime Minister Boris Johnson’s deal by delaying it.

Yet the practical effect is that the deal is now open to being subverted by further delays and demands for a second referendum. 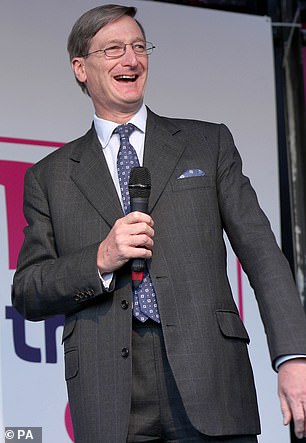 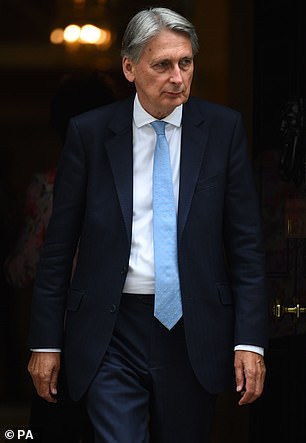 When it comes to former Attorney General Grieve and ex-Chancellor Hammond, the stench of bitterness and rancour is there for all to see.

They were shamefully putting their personal vendettas above our country’s national interest.

It is possible that some further dose of national humiliation will yet be forced on Britain by the parliamentary wreckers before the Brexit trauma ends.

The tutors of today’s Letwins, Grieves and Hammonds are such anti-Thatcher Conservative grandees as Sir John Major, Michael Heseltine and Ken Clarke. And their behaviour is roughly what one would expect.

If the grandees’ rhetoric is more extreme and the ambitions more bizarre than in the past – in Mr Clarke’s case, it seems, to become an anti-Brexit Prime Minister without a sliver of legitimacy or scintilla of a mandate – one should put this down to the fact that in today’s politics almost anything goes.

For Sir John – a former Prime Minister who himself once sought a prorogation of Parliament for dubious political ends – to testify in court against the actions of his successor marked not just gross hypocrisy but a form of derangement.

To frustrate Brexit, it seems, any disgraceful behaviour is condoned. No one suggests, for instance, that it constitutes a kind of treason to plead, as a group of Remainer MPs did, with the European Union to reject the PM’s proposals at a moment of grave national crisis.

But, quite unexpectedly for most Westminster watchers, a genuine national political hero has emerged – shaggy, impulsive, flawed, but transparently patriotic and with the essential attributes of courage, luck and shrewdness that constitute practical statesmanship.

To be numbered among the greats – such as Margaret Thatcher – Boris Johnson will have to last a few more years.

But already in a very special sense he is her successor because he has been grappling with the problem of Europe that she knew she never mastered – to her regret. Describing in her memoirs that bitter EU Rome summit of October 1990 – the last before she was thrown out of office – when Brussels decided to press ahead with political and economic union under what would become the Maastricht Treaty, she writes: ‘They were not interested in compromise. My objections were heard in stony silence.

Had Mrs Thatcher remained in office, and not been replaced by the malleable and mediocre John Major, she would have vetoed that process of ever greater union, and Britain would not have been faced with the present traumas.

Further European integration would have had to take place under new treaties. Mrs Thatcher, though, was ousted by plotters – and here the continuity becomes evident.

So it is not just since 2016 that the British people have been arguing about Europe. It began in the late 1980s under Mrs Thatcher, who in retirement concluded that we must leave altogether, and it has continued increasingly loudly and bitterly ever since.

Apart from the puffed-up political popinjays in Parliament, everyone else is by now desperately tired of it all.

To ordinary people, the referendum result was decisive. Whichever way they voted, most just want it done, and to move on to other things.

Opinion polls confirm this – if anything they suggest a strengthening in Brexit support and a wide and growing degree of acceptance of a No-Deal Brexit, if that finally proves necessary.

Mr Johnson’s proposed deal will, therefore, certainly play well in the country as Britain gears up for an early General Election.

The immediate future, depending on the antics of parliamentary poseurs, on uncertain parliamentary arithmetic and on the shameless partisanship of Speaker John Bercow, is unpredictable.

The PM’s deal may or may not, this time round, survive. But the British people do in the end have the final say.

And when they speak, it looks increasingly likely that Mr Johnson will be returned as Prime Minister with a working majority and a mandate to restore the standing of a sovereign Britain.