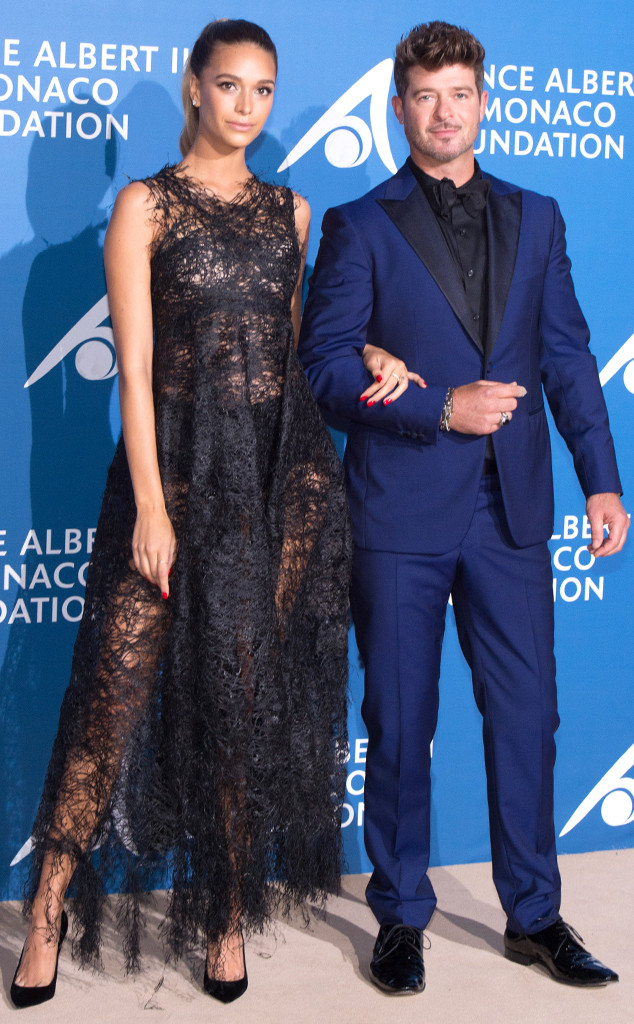 Robin Thicke and April Love Geary are having another girl.

The 41-year-old “Blurred Lines” singer’s 23-year-old girlfriend announced last week that she was pregnant with their second child together, just six months after they welcomed daughter MIA.

On Saturday, they had a sex reveal party at Catch LA and Geary revealed in an Instagram photo, showing an ice cream cake with melted strawberry ice cream filling, that their new baby is a girl.

“Going to have another daddy’s girl!!!” she wrote, alongside another photo showing her and Thicke kissing. “I love you baby!”

Geary had said last week that she was 12 weeks along and that she and Thicke would find out the sex of their child on Saturday.

She said he had a boy’s name picked out.

She also revealed that she had suffered a miscarriage before getting pregnant with her and Thicke’s first daughter.

This will be Thicke’s third child. He and ex-wife Paula Patton are parents to an 8-year-old son, Julian.