Four members of a home improvement firm based in Clayton, Staffordshire have been jailed for almost 10 years between them after pocketing more than £114,000 from customers and then failing to do the work.

Robert Johnson, Ronald Johnson, Richard Blundred and Kristoffer Henshall, had little regard for customers they ripped off, including a paraplegic man and his cancer-stricken wife.

The group would approach clients, request payment upfront, pocket the cash and then demand extra money to complete the jobs. 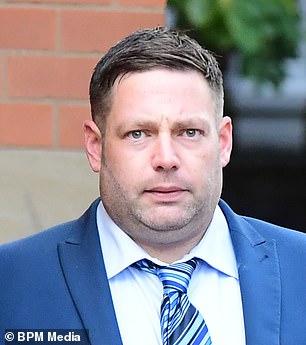 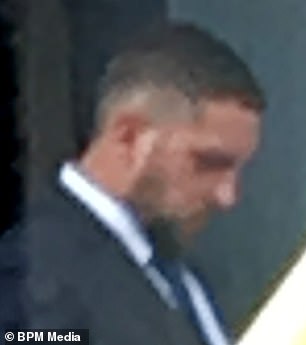 Staffordshire Crown Court heard that Richard Blundred (left) and Robert Johnson (right) had been friends since their time in school. 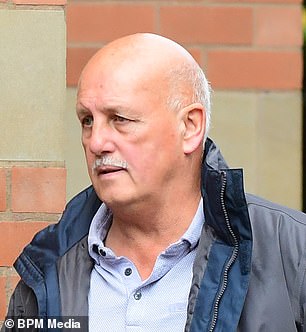 The sentence comes after a lengthy investigation from Staffordshire county council.

Eight customers in particular have been left affected by the rogue builders campaign.

Paraplegic Christopher Stott, of Cheshire, whose home improvement work for himself and his wife – who has cancer – remains incomplete. He paid out £15,000 but believes the actual cost to be nearer £30,000;

Paramedic Peter Tansey, of Newchapel, who paid out £17,000 and has been left with an incomplete single-storey extension.

Reverend William Johnson, of Barlaston, had forked out around £50,000 to put right incomplete work. He had paid £25,000 to the defendants.

In total eight clients are believed to have paid out over £114,000 to the men with much of the incomplete building work still a blight on their lives. 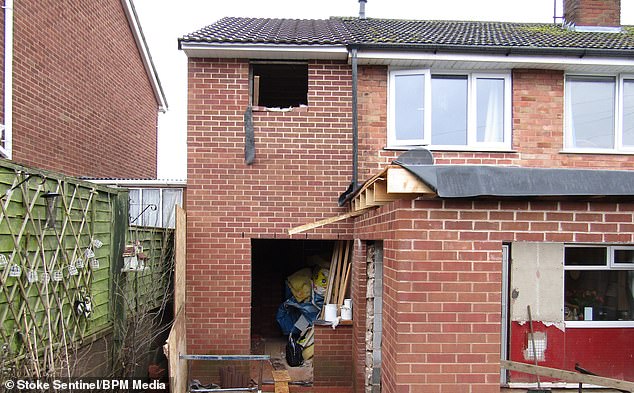 Paramedic Peter Tansey’s house was left gutted in 2018 after work costing £18,000 was left incomplete with support timbers exposed to the elements 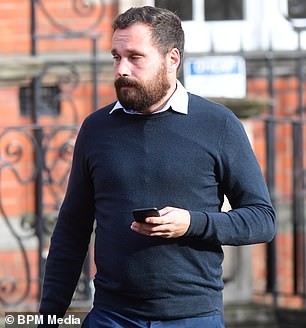 Kristoffer Henshall was jailed for one year and three months

Robert Johnson, Blundred and Henshall admitted fraudulent trading across 2016 and 2018.

Ronald Johnson admitted engaging in a commercial practice which was ‘misleading’ and ‘aggressive’.

Jailing the defendants, Judge Jonathon Salmon accepted that some work was started with the intention of completing it.

But he added: ‘That rapidly turned to dishonest intentions to fob customers off to abandon the contract.

‘This was dishonest behaviour over a sustained period of time.’

Staffordshire Councillor Gill Heath, cabinet member with responsibility for trading standards, said: ‘What these men did was truly wicked, preying on the most vulnerable in our communities.’

‘Not only did they mislead customers about the work they promised to do but when they were questioned about the work, they tried to bully their way out of it.’