Rose West’s son has revealed his serial killer mother once called him a ‘disgrace to the family’ and tried to get him jailed for life.

Stephen West said his mother had tried to get him a longer prison sentence when he was tried and convicted of having sex with an underage girl.

Now 45, he has spoken in public for the first time in 20 years as part of a new book about the notorious couple who killed and tortured women at their Gloucester home.

The killers’ son said his mother hated him because he reminded her of her husband Fred, the Sunday Mirror reported. 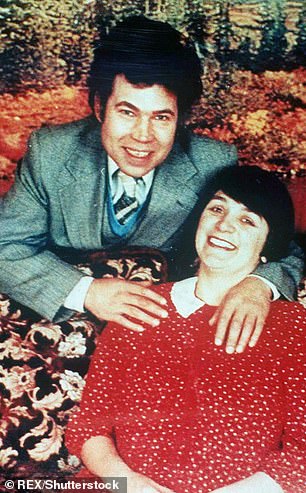 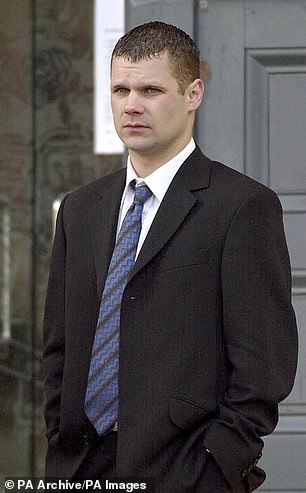 Stephen West, pictured right, said his mother Rose, pictured left with her fellow serial killer husband Fred, had tried to get him locked up for life

Stephen was jailed for nine months in 2004 after he admitted having sex with an 14-year-old girl.

He said his mother had written a letter to the court saying Stephen was a ‘danger to everyone’ and should be ‘locked up forever’.

The judge reportedly threw the letter away and said: ‘The day I listen to her is the day I retire’.

Rose West also reportedly called him in 1999, four years after her conviction, to blame him for her troubles.

Stephen said: ‘She said I should have died when I was born and that I was a disgrace to the family.

‘You don’t need enemies when you’ve got family like that.’

The victims at Fred and Rose West’s ‘House of Horrors’ in Gloucester included the couple’s eldest daughter Heather, who was killed in June 1987, aged 16.

Stephen said he dug a hole at the home which Fred West said was for a fish pond but which turned out to be Heather’s grave. 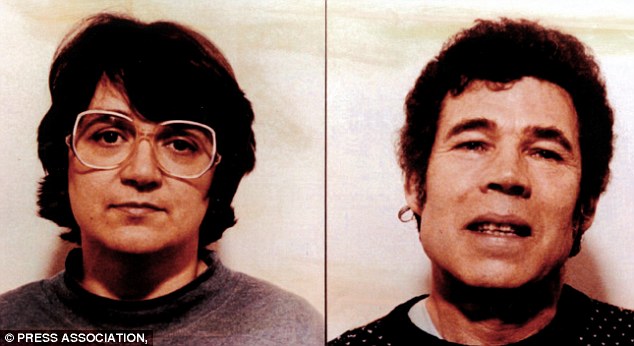 The couple had made sick jokes that their other children could ‘end up under the patio like Heather’ if they did not behave, he said.

He said he had sought therapy to understand the impact of his traumatic childhood on the rest of his life.

Rose West was convicted of 10 murders in 1995 and remains in custody in County Durham after it was ordered she would spend the rest of her life in prison.

Fred West killed himself at Winson Green prison in Birmingham in January 1995, while awaiting trial.

Last year another child, Mae West, revealed how she and her siblings were brutally abused by her parents.

She said Rose West had ‘never been a good mother’ and ‘doled out savage beatings to all eight of her children’.

Queen Letizia of Spain cuts a chic figure in a demure red dress
Victoria Beckham reveals daughter Harper and son Cruz have been baptised
Prince Harry is NOT snubbing the Queen by declining to visit her at Balmoral
Billionaire tech moguls arrive at plush Sun Valley Lodge for invite-only Allen & Co Idaho confer...
Sabrina Cohen-Hatton homeless at 15 has turned her life around to become a successful firefighter
Knife maniac with 70 past convictions murdered father-of-one who confronted him for loitering
The birth certificate that reveals Atlanta rapper 21 Savage WAS born in the UK
Remainer London bucks the trend