Boris Johnson’s leadership campaign has been bolstered by the backing of former defence secretary Gavin Williamson, the Mail can reveal.

Mr Williamson is not yet making a public endorsement, but sources said he was playing an active role in bringing MPs into the Boris camp.

Allies of Mr Johnson hope the recruitment of the former chief whip – who is well known for his organisational skills and network of supportive MPs – could yet prove a critical factor in the leadership race.

Before he was dramatically sacked from the Cabinet three weeks ago, Mr Williamson was widely seen as a potential ‘kingmaker’. 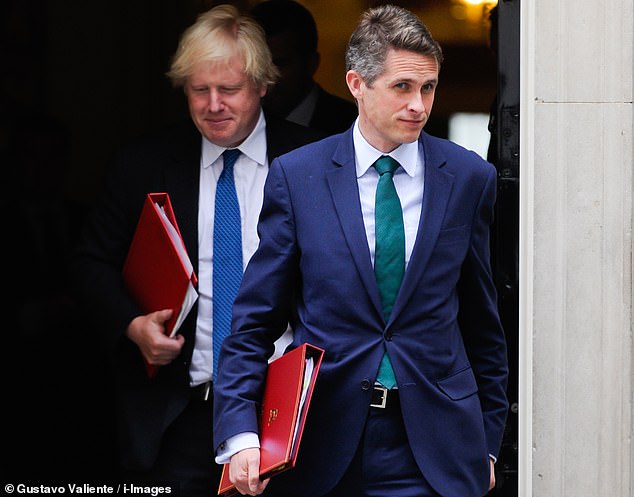 He was fired by Theresa May at the start of the month when she accused him of leaking details of discussions about China from the National Security Council – allegations he furiously denied.

A source said he ‘thinks Boris is the only candidate who can deliver Brexit, beat Corbyn and beat Farage.’

He will not take on a formal role in the campaign, which is being coordinated by former Tory MP James Wharton, but is expected to be hugely influential behind the scenes.

Mr Williamson was a close aide to David Cameron and backed Theresa May early in the 2016 leadership campaign. He was credited then with bringing significant numbers of Tory MPs on board.

He also played a key role in the aftermath of the 2017 election debacle in doing a deal with the DUP which kept Mrs May in No10.

Leading Brexiteer Jacob Rees-Mogg also publicly backed Mr Johnson for the first time yesterday, saying: ‘He is a candidate in a different league to others.

‘He creates an excitement about politics.’ 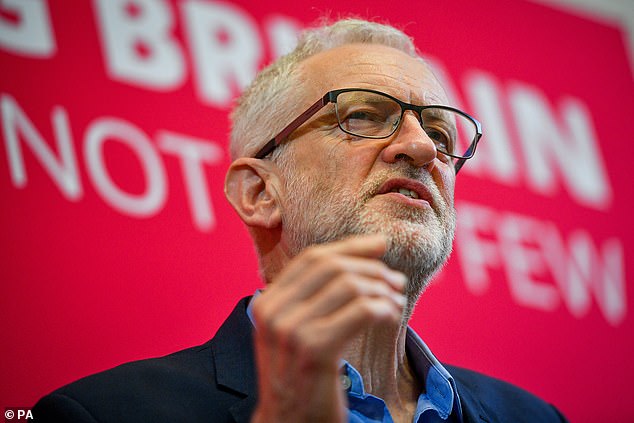 Mr Rees-Mogg has been privately supporting Mr Johnson for months and has hosted dinners for MPs at his Westminster home.

It came as a survey of 4,000 Labour members showed Mr Johnson was the Tory they overwhelmingly fear because he could beat Jeremy Corbyn. Asked by the Labourlist website which Tory MP would be ‘most difficult’ for Mr Corbyn to defeat, nearly half (45 per cent) said Mr Johnson.

The second place candidate was Development Secretary Rory Stewart on eight per cent, ahead of Amber Rudd, Michael Gove and Jeremy Hunt on seven per cent.

He added: ‘I wish some of my colleagues with humility would take the post a little bit more seriously.

‘This is not a reality TV show. Ambition is good, it allows us to elevate ourselves and reach higher levels, but ambition on its own is purely selfish and trying to promote the individual.

‘How does it look to a nation when we have got the biggest issue there, Brexit, and yet we have got so many – what is it, up to 20, 25 people – thinking, or toying, or denying being firm with the answer, to say: ‘No, I’m not going to stand’.

He added: ‘We can’t do anything until we solve Brexit. All this talk about leadership contenders just shows us as being a little self-indulgent and parochial.’

Australian mother praised for life-changing 'chore chart' where she FINES her kids
At least 29 people are killed as tourist bus overturns on Madeira
Kanye West looks distracted as he leaves Wyoming compound in a weighted vest amid bipolar episode
Inside the State Banquet: How the Queen treated President Trump to dinner of Windsor lamb
Armed police surround home as 'young boy is stabbed in arm and two others are seriously injured'
Boeing dragged into new investigation into claims Pentagon chief helped aircraft giant
Health Secretary Matt Hancock won't rule out BANNING unvaccinated children from schools
Police are mocked for 'ludicrous' Twitter poll asking people to vote