A SECOND woman is being investigated by police over claims she made transphobic comments towards the mum of Britain’s youngest transgender teen on social media.

It comes after Ms Green reported Caroline Farrow, 44, to Surrey Police after she ‘misgendered’ her transgender daughter by calling her “him” and sent tweets accusing her of “child abuse”.

The Telegraph reports Ms Keen-Minshull, 44, was interviewed by West Yorkshire Police last year on suspicion of malicious communication over six tweets she posted. The case was closed with no further action.

But she is now the subject of a new investigation by Wiltshire Police on suspicion of harassment after posting two videos on YouTube in which she criticised Ms Green for supporting her daughter’s transition.

PAIR ROWED ON THIS MORNING

Ms Green and Mrs Farrow had appeared on ITV’s This Morning to debate whether transgender girls should be allowed in the Girl Guides.

She later described Ms Green’s daughter on Twitter as “him” because she had not yet undergone gender-reassignment surgery.

Mrs Farrow also accused her of “mutilating” and “castrating” her child. This prompted Ms Green to contact Surrey Police.

Caroline told The Sun: “The police have contacted me to say there has been a complaint that I have misgendered this person’s child.

“I don’t remember the specifics of what I was supposed to have written in the tweet.

“But my question is, how have I breached the Malicious Communications Act, to do that you have to be threatening or obscene, which I haven’t.

“I am disgusted, appalled and really shaken up that the police have got involved with this.

“Surely, there are better things the police should be focusing their time and attention on.”

I am disgusted, appalled and really shaken up that the police have got involved with this.

Ms Green said on the Victoria Derbyshire Show yesterday: “Everyday my daughter is misgendered online, this isn’t something that’s uncommon – what was uncommon about this was a journalist who had a public platform who used that to send very deliberately malicious and nasty messages.

“And it’s not just the misgendering…it’s actually the context she puts it into and that she calls me a child abuser.

“I reported this to [the police] and asked them what they thought, they said they would look into it. The one thing the police officer asked me was what I wanted to achieve from it and I said ‘I want it to stop’.

“I did withdraw my complaint because if I continued the complaint then Caroline Farrow would have the platform to continue to spread misinformation about what actually happened.

“I find that the constant referencing of herself as a victim, when in actual fact she’s used her platform to deliberately go after myself and my daughter, I couldn’t let that stand.

The tweet case was pursued by Surrey Police, whose former Chief Constable, Lynne Owens, said in 2015 that as a result of £25million in cuts and the loss of 250 officers, minor crimes would be ignored in favour of investigation of offences against vulnerable people.

Model, 22, sobs as she’s jailed for 8yrs in Pakistan for heroin smuggling

A spokesman for the force said: “We received an allegation on 15 October 2018 in relation to a number of tweets which were posted in October 2018.

“A thorough investigation is being carried out to establish whether any criminal offences have taken place.

“A 44-year-old woman has been asked to attend a voluntary interview in relation to the allegation as part of our ongoing investigation.” 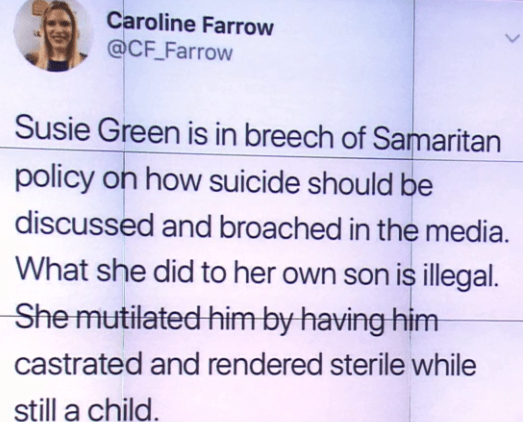 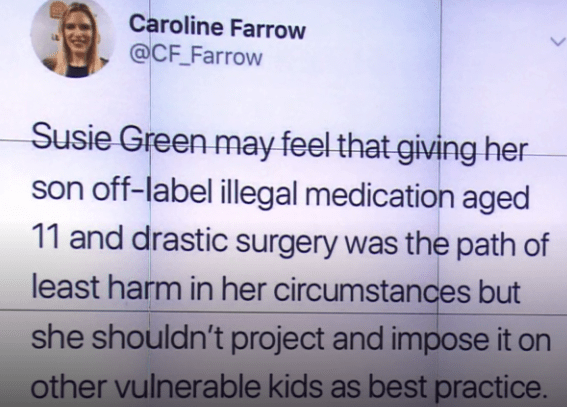 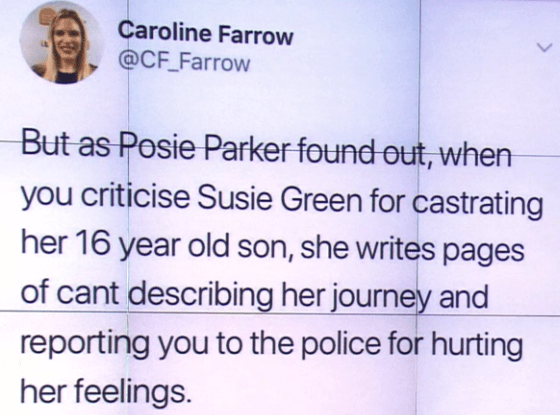