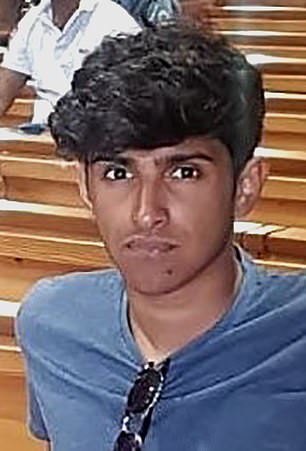 Risaan Udayakumar (pictured above) was killed by his girlfriend’s brother

An 18-year-old ‘secret boyfriend’ who died from a single stab wound to the heart was attacked by his lover’s brother, who found him hiding in the garage of her home.

Risaan Udayakumar was allegedly found crouching in the garage of the 19-year-old girl’s home by her 16-year-old brother, who has been accused of his murder.

The accused, who is now 17 and can’t be named for legal reasons, pleads not guilty to murdering Risaan on the evening of Tuesday July 10, 2018, after it was alleged that he had become ‘very angry’ after finding him in the house with his sister.

Consultant forensic pathologist Charlotte Randall told a jury that she had been shown a photograph of a blood-stained knife with a 18cm blade, which is believed to have been the murder weapon. After examining the body she said his death was due to a stab wound to the left of the chest.

‘It passed through skin, fat and muscle before entering the chest cavity’, she added.

During the hearing at St Alban’s Crown Court she said a fragment of bone was chipped on the third rib before the sack around the heart was pierced, causing rapid and significant blood loss.

She added that Risaan suffered two other stab wounds: one to the back and one to the left hand.

‘Neither of the wounds would have been life-threatening. The back wound would have caused blood loss and the hand wound was typical of a defensive injury.

‘The level of force used can be crudely assessed – in this case, with the edge of a rib being chipped, and that moderate to severe force was used.’

At the time of the killing, the brother and sister’s parents were out of the country on holiday.

They had given strict instructions to the siblings that they were not to have friends visiting the house in Watford. 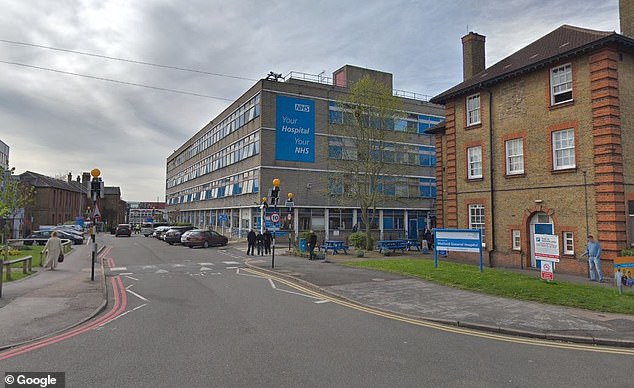 Before their departure they had also arranged for adult relatives to check on the house ‘to keep an eye’ on the children, said prosecutor Micheal Speak.

The jury was told that because of the parents’ ‘strict views’ about relationships, their daughter, who was studying at university, had decided not to tell them or her family that she was in a relationship with Risaan, who was also on a degree course.

Instead, she introduced him as someone who was ‘just a friend’ and kept secret the fact they had been in relationship for around four months.

Mr Speak said she feared that, if they found out, her parents would try to ‘discourage the relationship.’

The court was told how, on July 7 2018, despite the parents’ ban on their children having friends at the house while they were away, it was arranged that some friends of the daughter, including the deceased, would come over to watch the football on television. 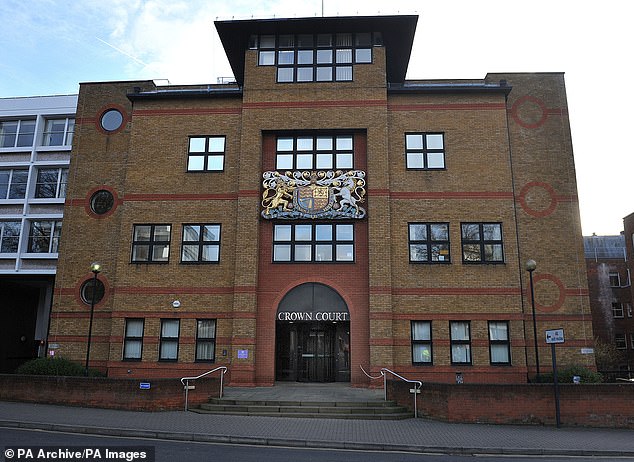 The jury heard that on that occasion the brother had met Risaan, with the two pumping fists together in a friendly gesture.

Then, three days later on Tuesday July 10, the sister met Risaan, who lived with his parents in Wembley, when he stepped off a train at Watford Railway Station.

Her brother was not at home and the pair walked back to the house.

Mr Speak told the court that for security reasons internal doors at the home were lockable and the girl had her own bedroom and bathroom.

That evening, she hid Risaan in the garage when an uncle called by the house to check everything was okay.

When he left, the girl and Risaan were together in her bedroom and the internal doors had been locked. 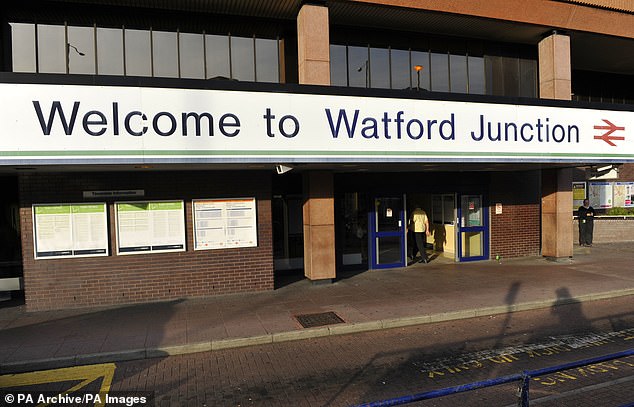 Mr Speak said the couple had been in the bedroom for about half an hour when they heard a door in the house being knocked hard.

The jury was told how the sister, fearing how her brother might react on finding Risaan in her room, hid him in the garage.

The prosecutor told the jury that she opened the door to her brother, who was ‘very angry’.

‘As soon a she saw him it was clear to her that he was very angry and he pushed her out of the way. He was clearly looking for someone, so he must have suspected she must have had someone in the room.’

The jury was told he was shouting: ‘Where is he…Where is he?’ and ‘Who is with you?’

The court was told the sister had followed her brother into the garage and then saw him set about her boyfriend by ‘hitting’ him as he remained crouched on the floor.

The jury was told the victim offered no resistance and only raised his arms to shield his face.

At one point, said the prosecutor, the sister noticed the ‘look of fear’ on Risaan’s face as her brother angrily screamed ‘Get out of the house, what are you doing?!’

The prosecutor said the girl had no idea that in fact her brother had armed himself with a knife.

‘When she saw her brother hitting Risaan several times, he was in fact stabbing him with the knife.’

Mr Speak said when the sister tried to get between the two teenagers, she realised blood was coming from Risaan’s mouth, there was blood in his shirt and a pool of blood was forming on the ground.

It was only then that she realised he had been stabbed and saw a knife in the hand of her brother.

A passerby in the street that evening had heard screaming coming from inside the house and had made a 999 call as a result.

He went into the property and found Risaan in the garage with the girl, who told him he was her boyfriend.

Mr Speak said that while there, the man heard the girl ask her brother ‘Why did you do this? You have a girlfriend’ to which he replied he was ‘sorry.’

Police attended the scene and the brother was arrested and taken into custody.

Risaan was rushed to Watford General Hospital, but nothing could be done to save him and he was pronounced dead at 10.41 that evening.