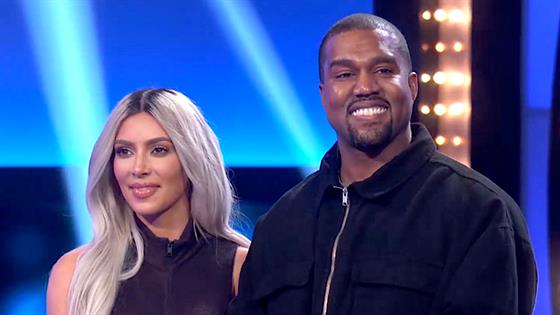 “Keeping Up With The Kardashians” Katch-Up S15, EP.5

The Kardashians are squaring up against the Wests to play an epic game of Family Feud, but it’s what led up to the game show that almost caused an actual family feud in the Kar-Jenner household.

On this week’s all-new Keeping Up With the Kardashians, the argument started when the sisters were deciding who would play the game.

But Kourtney didn’t seem too excited.

“This is your one life to walk this planet. Do you really want to spend your Saturday at Family Feud?” Kourtney wondered aloud. “Guess what we would be doing on a Saturday? All separated,” Khloe fired back. “But now we’re gonna be on a Saturday all together, building a memory.”

The drama continued when Kim invited her BFF Jonathan Cheban as a last-minute addition to team Kardashian to even out the playing field after she partnered with Kanye West‘s family for her second shot at Family Feud.

But the last minute move left grandma MJ out of the game.

Keeping Up With the Kardashians Katch-Up S15, EP.4 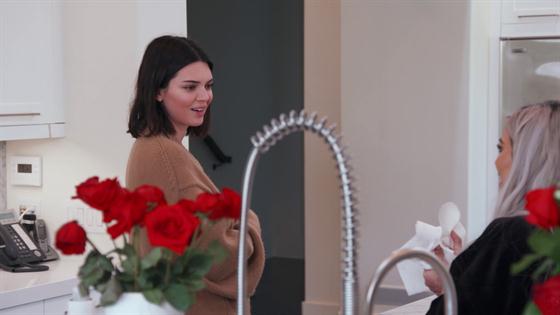 “Jonathan should not be on our team,” a frustrated Khloe insisted. “I love my grandma obviously and in a perfect world, she should be on the team, for sure,” Kim confessed to the camera. “But how do I break the news to Jonathan that he’s not gonna play when he just got on the plane at the drop of a dime? I wouldn’t waste someone’s time like that.”

Kim was stuck between a rock and a hard place. So in an effort to avoid any more real life family feuds, Kim left the decision up to the momager.

“Kim created this and I have to clean it up,” Kris revealed to the camera. “Just another fire to put out.”

Steve Harvey ultimately came to the rescue and allowed MJ to partner with Kris, giving them six players and giving everyone the chance to play.

“Kanye’s cousins sunk it for us, not gonna lie,” Kim admitted. “Kim, that’s what you f–king get for leaving our team,” Khloe joked. “I mean, you lost twice on Family Feud. 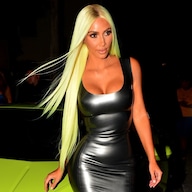 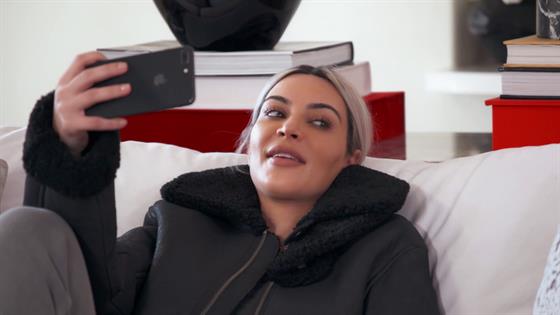 Back at home, it looked like Kim’s love of selfies took a turn for the worse when the social media star was diagnosed with carpal tunnel syndrome.

“Well, there’s a term I have for this, it’s called selfie wrist,” Kim’s doctor explained. “I should call it Kim Kardashian wrist, that’s what I should call it.”

After getting strict instructions to minimize flexing her wrest and wear a brace, Kim had to find another way to keeping that social media cash flow coming!

“Paxy, will you come over here and help me?” Kim asked the KUWTK crew member.

“What are you having her do?” Khloe prodded. “The doctor says I can only hold my phone like this,” Kim explained. “So, I’m having paxy take my pics so I can rest my hands.”

After shooting a video to promote the launch of her Valentine’s Day Kimoji Hearts perfume, Kris realized that her daughter might be on to something.

“It’ll protect Kim’s hand without missing a beat on social media,” Kris confessed to the camera. “I’m definitely gonna poach Paxy to be my selfie assistant.” 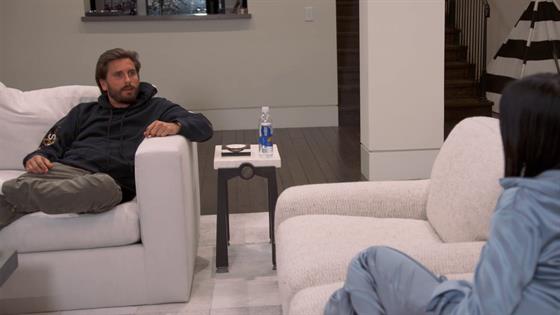 Kim’s wrist wasn’t the only thing that was tense! Tensions erupted between Kourtney and her former flame Scott Disickafter Kourt found out he introduced his girlfriend Sofia Richie to their kids.

“You’re not following through with the things that you say you’re gonna do,” Kourt explained to her ex. “Then you just go and do whatever you want and I’m not OK with it.”

“Do you think there’s any chance that you could ever be in denial about anything?” Scott questioned. “No,” Kourtney insisted.

And with that, Scott had heard enough and walked away.

See everything else that went down on this week’s episode in the recap video above!

Watch a brand new episode of Keeping Up With the Kardashians Sunday at 9 p.m., only on E!