Theresa May has been appealing for help from union chiefs amid signs she faces the biggest Commons defeat ever over her Brexit deal.

The PM is on track to lose by a massive 228 vote margin next Tuesday as Tory Brexiteers and Remainers rebel to join Labour in the division lobbies, according to a BBC analysis.

The biggest previous setback for a government is believed to be by 166 in 1924, when Labour’s Ramsay MacDonald was leading a minority administration.

However, in a chink of light for Mrs May two Tory MPs, George Freeman and Trudy Harrison, revealed they are switching sides to support her deal.

At a Downing Street press conference, the Prime Minister insisted ‘for those who want to avoid no deal, backing the deal is the right thing to do’.

Speaking alongside her, Japan’s PM Shinzo Abe warned Britain against no deal and said the ‘world is watching’ as MPs wrestle with how to deliver Brexit.

As efforts step up to turn the tide, No10 also confirmed spoken to Unite chief Len McCluskey – a close ally of Jeremy Corbyn – about how to find a way forward on Brexit.

The move comes after senior Tories opened discussions with Labour amid fears that Parliament has descended into a ‘Mexican stand-off’ – with all sides vowing to block the others’ plans.

Meanwhile as the Brexit debate continued in the Commons ahead of Tuesday’s showdown vote, Environment Secretary Michael Gove lambasted Labour’s position as ‘b*******’. 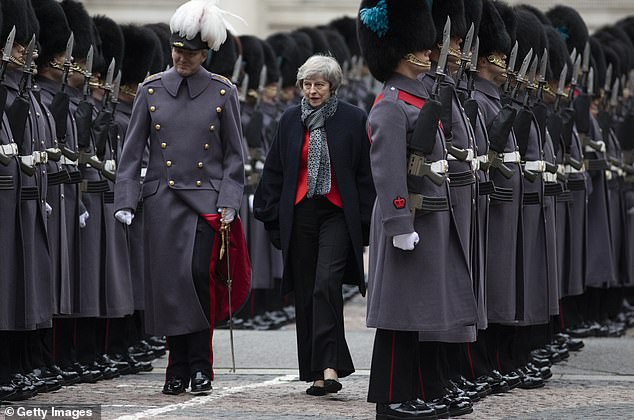 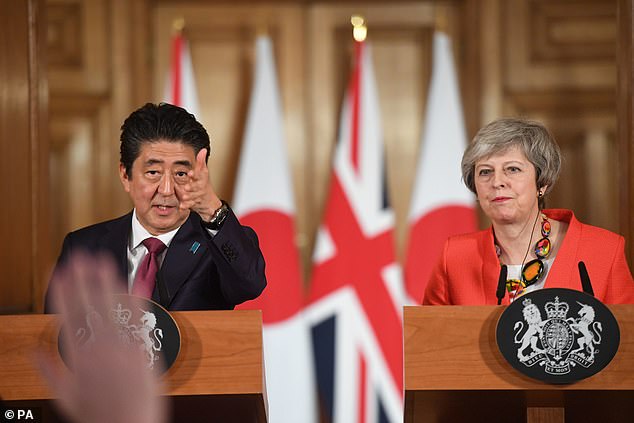 At a Downing Street press conference, the Prime Minister insisted ‘for those who want to avoid no deal, backing the deal is the right thing to do’

The depth of the deadlock was underlined over the past two days with Mrs May suffering two humiliating defeats in the Commons, stepping up the timetable for her to spell out a ‘Plan B’ and restricting the Treasury’s tax-raising powers if there is no-deal Brexit.

The Government confirmed today it will back moves by Labour MPs to safeguard workers’ rights after Brexit in an attempt to win support for the deal.

As the vote nears, Mrs May used a press conference with Mr Abe to warn against No Deal.

‘There’s an issue that’s been raised about the backstop, and we are continuing to work with the EU on that particular issue, but there is a good deal on the table and for those who want to avoid no deal then backing the deal is the thing to do.’

Mr Abe said: ‘That is why we truly hope that a no-deal Brexit will be avoided, and in fact that is the whole wish of the whole world.

‘Japan is in total support of the draft Withdrawal Agreement worked out between the EU and Prime Minister May which provides for transition to ensure legal stability for businesses that have invested into this country.’

Speaker John Bercow also caused fury yesterday when he demonstrated he is willing to tear up the Parliamentary rulebook in order to bring the government to heel.

Mrs May has been privately meeting Leave-leaning Labour MPs in an attempt to boost support for her deal ahead of a crunch vote on Tuesday.

But estimates from the BBC suggest just 206 are going to back her plan – with 433 against.

The PM’s spokeswoman confirmed Mrs May has spoken to Mr McCluskey and Tim Roach for the first time since becoming Prime Minister.

She said: ‘She has had some phone calls today.

‘Obviously the PM is seeking the widest possible support for her deal, and it is a dal that protects jobs and the economy and it’s a good deal for workers. Union leaders obviously represent workers across the country and as part of her widespread engagement she has spoken to some of those leaders today.’

Characterising the calls, she said: ‘They were constructive calls.’

She was asked if Mrs May was doing too little too late’ and if it was ‘desperate’ for the PM to turn to ‘Red Len’ as she tries to drum up support for her deal.

The spokeswoman said: ‘The PM speaks to leaders across a range of industries, business groups etc and has done that consistently throughout this process and today she spoke to a couple of union leaders and there will be further engagement in the days ahead.’ 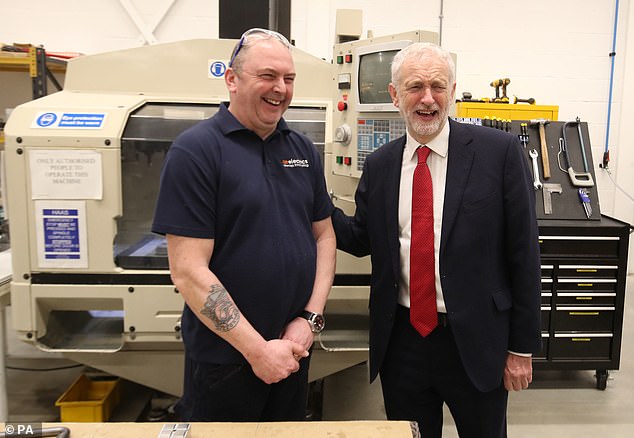 In the Commons debate today, Tory MP Mr Freeman confirmed he will be voting for the deal.

He tweeted afterwards that ‘we urgently need an orderly Brexit’. ‘So, with a very heavy heart, I will vote for the Withdrawal Agreement,’ he said.

However, Mr Freeman added that if the package falls he will push for a Norway-style deal.

The focus of ministers and MPs is already turning to what happens after the PM’s plan has been defeated.

Tory and Labour MPs have been mobilising against no-deal Brexit. More than a dozen Conservatives have indicated they could vote no-confidence in the government to avoid the UK crashing out in March.

Sarah Wollaston this morning told the BBC she ‘will resign the Conservative whip’ if policy becomes to go for no deal.

Business Secretary Greg Clark dodged around when asked whether he would stay in government if the PM decided to take the country out without an agreement.

He told Politico: ‘This is a time for parliament to come together and work intensively to establish an agreement that can command majority support.’

Sir Keir replied: ‘Obviously, at some stage, if we are to leave other than without a deal there has to be a consensus in this House for something.’ 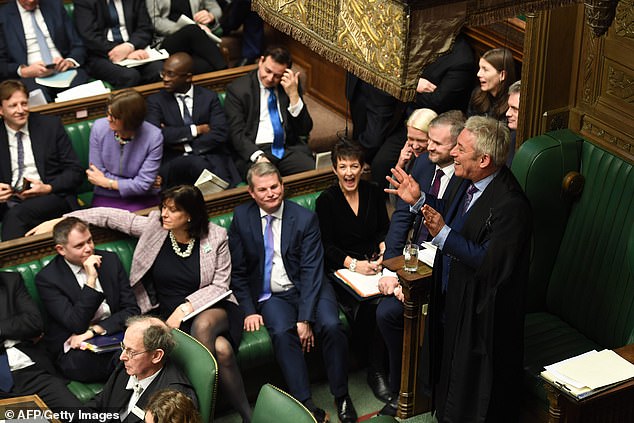 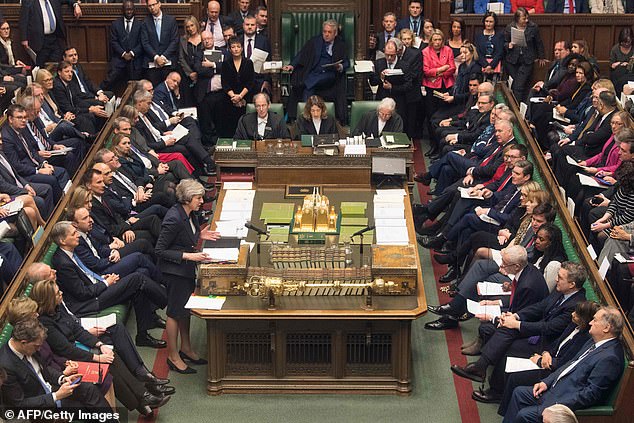 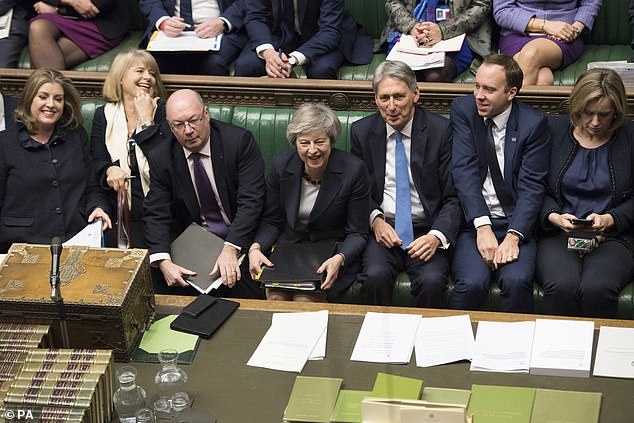 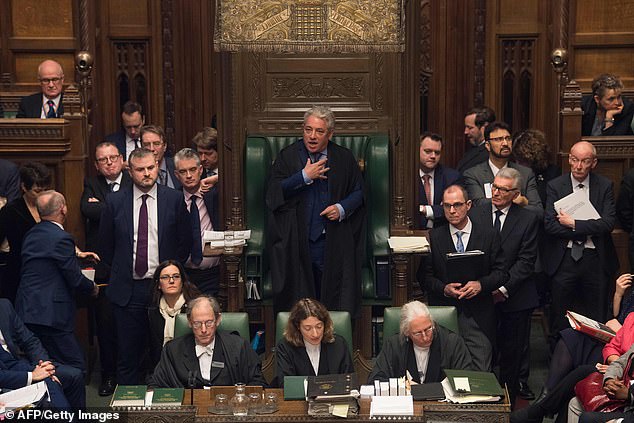 Pressed by former chancellor Ken Clarke, Sir Keir said: We are going to have to sit down and consider credibly what are the options and how parliament takes control of what happens next.’

Both Mr Clarke and Sir Keir raised the prospect of delaying Brexit by extending Article 50 – something that would be anathema to many Tory Eurosceptics.

Concessions being mooted include giving a commitment to stick to EU standards on workers’ rights. Mr Mann suggested that could make a difference.

However, shadow justice secretary Richard Burgon made clear there was little enthusiasm for the idea among the Labour leadership.

‘When it comes to the crunch I don’t trust the Conservatives on workers’ rights,’ he told the BBC Radio 4 Today programme.

‘Even the noises that are being made in the press by the Conservatives don’t mean any such agreement would be legally binding when it comes to protecting workers’ rights.’

Mrs May’s former chief of staff, Nick Timothy, used his column in the Telegraph today to liken the situation in Parliament to a ‘Mexican stand-off’.

‘Like in the movies, nobody wants to drop their weapon, yet nobody is prepared to pull the trigger. Everybody says they’re ready to shoot. And everybody is starting to get twitchy.’ 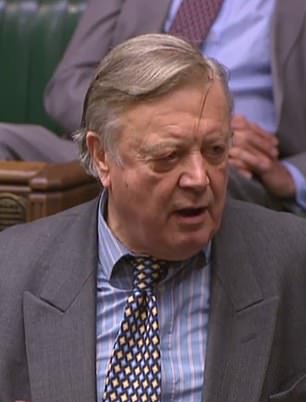 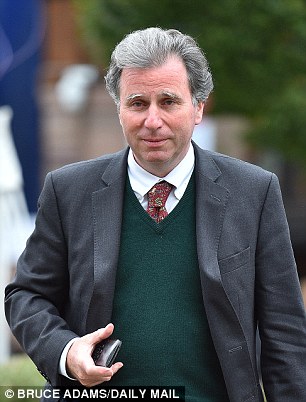 Labour leader Jeremy Corbyn today repeated his demand for a general election, saying it is the most ‘practical and democratic’ way to ‘break the deadlock’ in the Commons over Brexit.

Mr Corbyn used a speech in Yorkshire today to repeat that Labour will vote down the PM’s Brexit deal.

He said: ‘If the Government cannot pass its most important legislation, then there must be a general election at the earliest opportunity.

‘To break the deadlock, an election is not only the most practical option, it is also the most democratic option.

‘It would give the winning party a renewed mandate to negotiate a better deal for Britain and secure support for it in Parliament and across the country.’

However, Sir Keir and scores of Labour MPs are believed to favour pushing for a second referendum.