A horrific attack left a teenager with Lebanese heritage fighting for his life with doctors fearing he had just a ’30 per cent’ chance of surviving.

Seven people have been arrested after the German exchange student was beaten in Canterbury, Kent.

The assault on a 17-year-old Daniel Ezzedine left him in a coma and police are investigating whether the attack was a hate crime.

His brother said doctors initially gave him a 30 per cent chance of survival after he was beaten in the city centre on June 6. 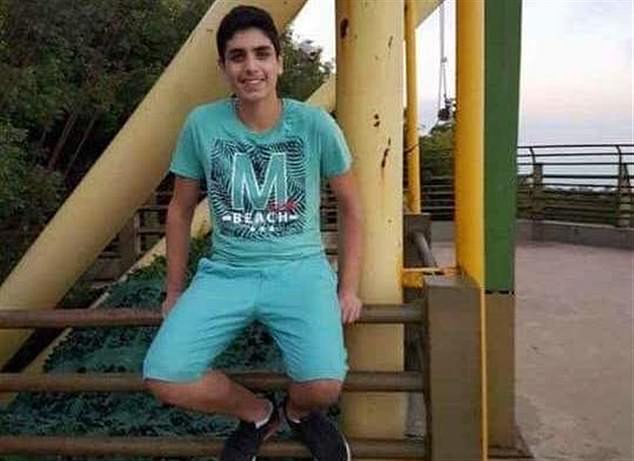 Daniel (pictured) was left fighting for his life after he was attacked in Canterbury, Kent 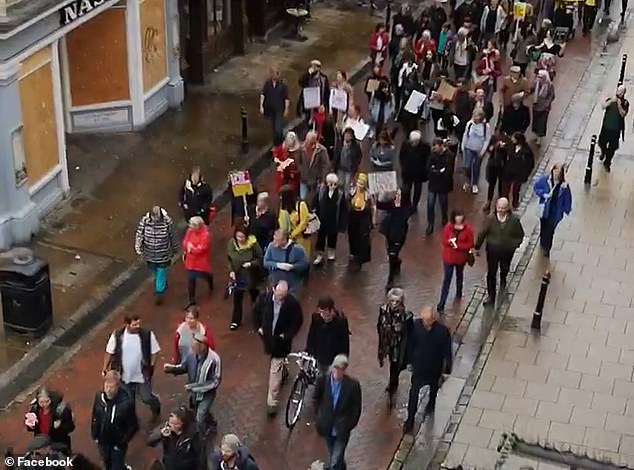 Daniel was in the city centre for a ceremony to conclude the exchange scheme and his family believe his teachers should have taken better care to avoid the attack, they said in an interview with German news channel RTL.

His brother, Bassam Ezzedin, said: ‘To start with the doc told us his chance of survival would be 30 per cent. That was heartbreaking for us.

‘He has called to say the outlook is to an extent better and his condition is no longer life threatening.

‘He’s in intensive care in hospital lying in an induced coma. We’ll have to wait and see. 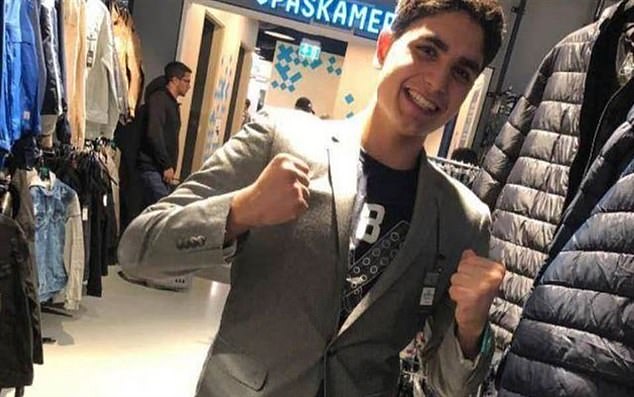 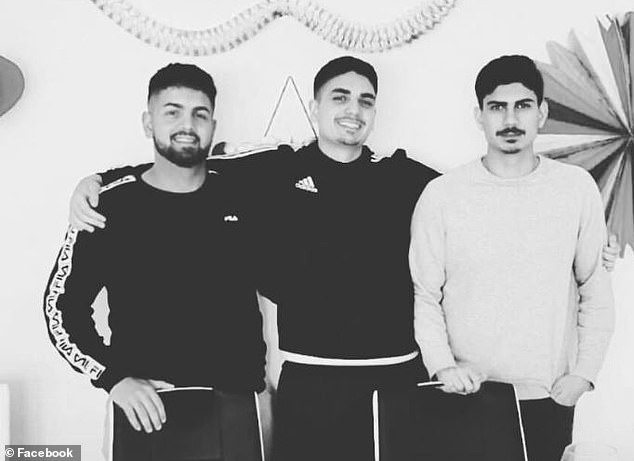 Daniel (pictured, centre, with his brother, Bassam, left,) is recovering following the attack, which left him in a critical condition with doctors saying he had a 30 per cent chance of survival

‘They’re trying to wake him up, to pull him out of it, but whether there’s long term damage, they don’t know.

‘It was difficult in the first (few) days. My mum could not get to England because she didn’t have a visa.

‘When you’re not by your child’s side when he could die, that’s the worst that can happen.

‘We simply had nothing to go on, (in terms of) how he was doing. The most important thing is simply that someone is by his side. My two older brothers are there, my mum’s there. And I hope that he’ll soon get better.

‘We can only hope and pray that there’s an end to it soon. And that he’s soon sitting here and we can laugh and enjoy ourselves again.’

Bassam said Daniel’s mother could only fly out to see her son three days after the attack, after being granted an emergency visa as a non-EU citizen.

He said the family had moved to Germany from Lebanon 30 years ago. In a heartfelt post on Facebook, Bassam said: ‘I pray and ask Allah for mercy and that you will soon be on your legs again my little brother. You don’t deserve the dead!’

He continued: ‘I love you. My heart burns I won’t be able to live without you. Insallah [if Allah wills it] you’ll be fine soon. Please make a prayer that my brother who doesn’t deserve the bad is going well again and doesn’t leave any damage.’ 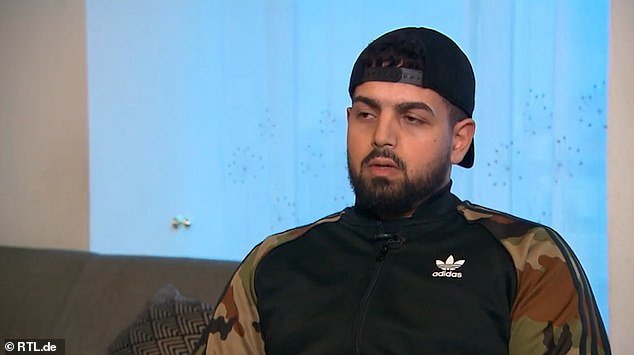 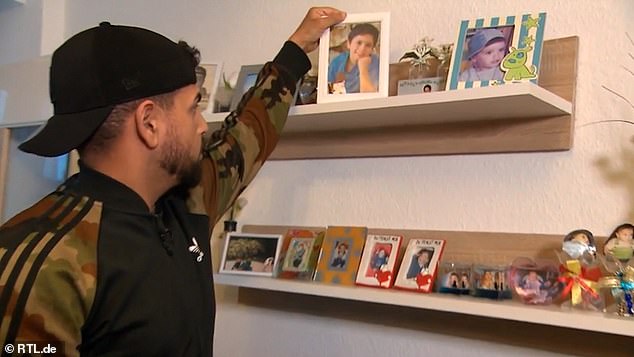 Bassam Ezzedin, who was interviewed by German TV (pictured), said: ‘He’s in intensive care in hospital lying in an induced coma. We’ll have to wait and see’

Hundreds of people marched through the city on Wednesday night to the Whitefriars area, where the boy was assaulted, to show their support to the student and his family.

The ‘march against racism’ saw people chanting ‘Say it loud, say it clear – don’t give in to racist fear’, the Kent Messenger reports.

After the attack, a Just Giving page was set up by well-wishers to support the boy’s parents while they remain with their son in hospital. The page aimed to raise £5,000, with the public so far donating more than £8,000.

The shocking incident happened at around 6pm on Thursday June 6. Canterbury MP Rosie Duffield – who branded the attack a ‘shameful stain’ on the city – has since helped the victim’s family get to the UK.

She said: ‘This is a horrific and shameful stain on our usually very peaceful city. Extremely thankful for our wonderful police, ambulance crews and all who came to assist.’

A 17-year-old boy from Canterbury is the latest to have been arrested in connection with the attack.

Centre Point becomes another of London's 'ghost towers'
James Dyson issues £50,000 lawsuit against his former PA for 'spying' while working at his mansion
Your keyless car could be gone in seconds amid new high-tech crimewave
Police arrest man, 23, after a woman is stabbed in the stomach near Arsenal's Emirates Stadium
How a fleet of Mustangs and McLarens reach 59MPH and hit TWICE the legal sound limit in Chelsea
Bad-tempered Jeremy Corbyn clashes with BBC's Andrew Marr over quit claims
Animal rescuers save thinnest dog they have ever seen
Chelsea stars wrap up warm for Minsk walkabout ahead of BATE Borisov clash