This is the shocking moment a schoolgirl was robbed on her own doorstep by a female thief before her family ran out and chased her away.

CCTV footage filmed in Berkshire on May 30 shows the woman edging towards her victim as she goes to open her front door before grabbing her bag.

The girl refuses to let go even after she is slapped in the face and is dragged towards the road in a dramatic tug of war before her family run out to the rescue. 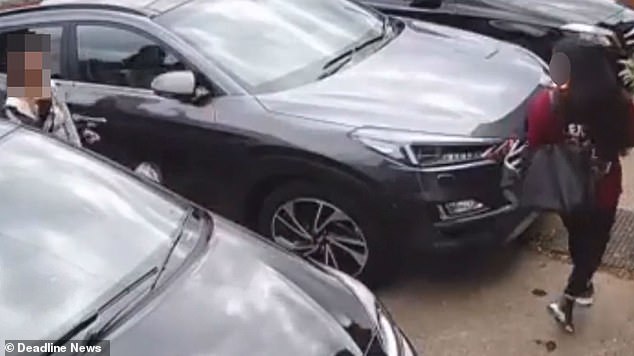 The date stamp on the video shows May 30 this year while the regional identifier on one of the car number plates suggests it may have happened in Berkshire.

The footage was posted to Facebook on Wednesday by the page ‘Meri Billi Menu Meow’.

It was captioned: ‘The streets are becoming more and more dangerous.

‘Be vigilant about your surroundings and think twice about taking things of value with you outside the house.’

The video shows a young woman with a red school leavers’ hoodie walking back to her front her door, and is followed by the robber.

As the young girl tries to open her door the criminal strikes and tries to rip the girl’s bag from her shoulder. 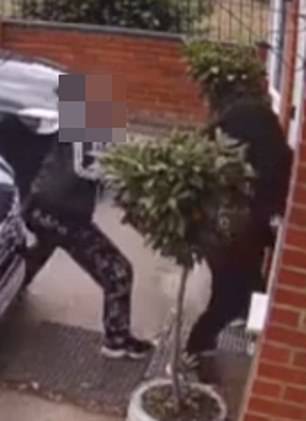 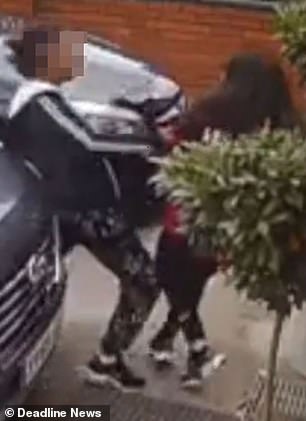 The robber grabs the girl’s bag, but she fends her off for as long as possible while clutching the front door handle (right) 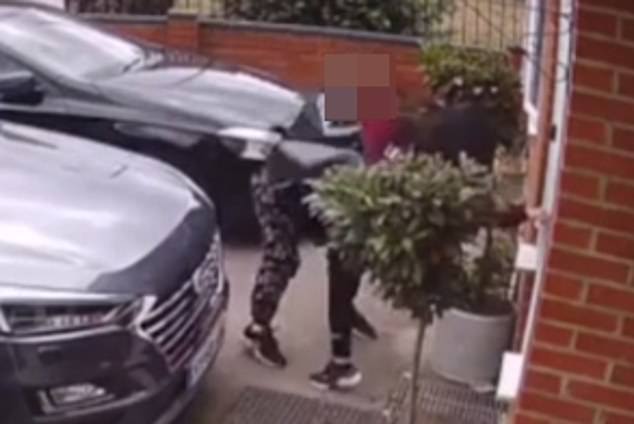 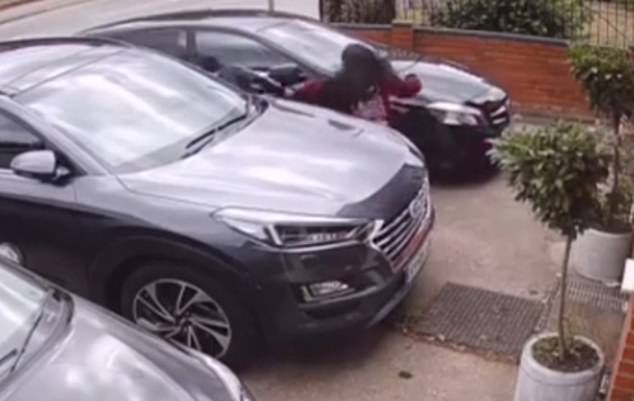 The mugger manages to pull the girl away from her house and towards the road, while they tussle over the bag

The girl fends off the attacker for as long as possible as she kicks out and clutches to her front door handle.

The attacker is able to drag the girl from the door and continues to tug on the bag in the street.

Just as it seemed the thug would get away with the bag, the girl’s family rushed out of the house and charge at the crook who flees the scene.

The girl can be seen looking visibly upset as her family comfort her after the ordeal. 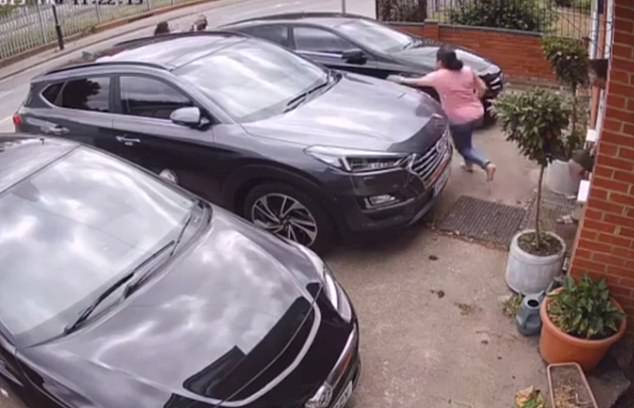 Just as it seemed the thug would get away with the bag, the girl’s family rushed out of the house and charge at the crook who flees the scene 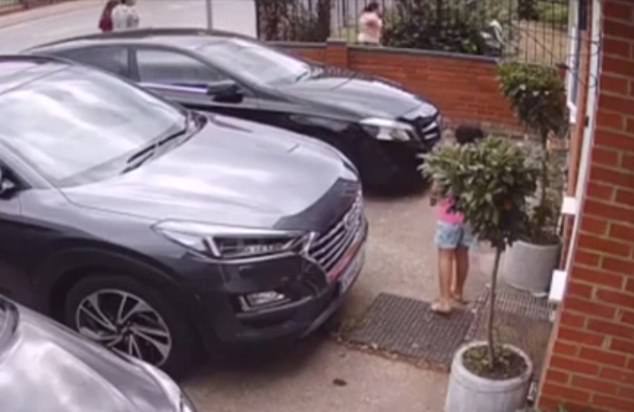