More than 90 babies died or suffered severe harm due to disastrous failings at a hospital trust.

A damning report has identified 620 cases of shocking care, with at least 42 babies and three mothers dying between 1979 and 2017. Another 51 infants were left with brain damage or disability after being deprived of oxygen at birth.

In some cases staff failed to realise or act upon warning signs. One mother who had just lost her child was even told to ‘keep the noise down’ or she’d have to leave the hospital. 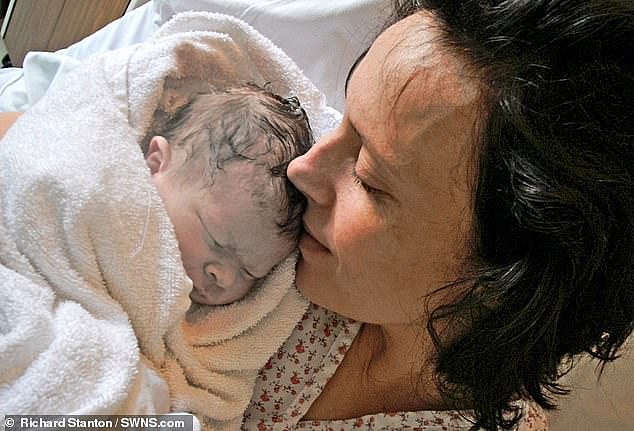 Rhiannon Davies, whose daughter Kate died in 2009 following a series of failures by midwives, warned of an ‘evil culture’ at the Shrewsbury and Telford trust that warrants criminal prosecution

They ignored my warnings and said I was ‘low-risk’

Kate Stanton-Davies died six hours after she was born because midwives failed to spot tell-tale signs of her deteriorating health, a report found.

Her mother Rhiannon Davies had raised fears over reduced movement in the womb, but was ignored by midwives who failed to properly monitor her pregnancy and wrongly deemed it low-risk. Kate, who had anaemia, was born pale and floppy at Ludlow Community Hospital in Shropshire in March 2009. She was airlifted to Birmingham’s Heartlands Hospital but died.

A report published in February 2016 concluded her death was avoidable and identified a litany of failings and shoddy record-keeping at the Shrewsbury and Telford trust. Two midwives were deemed responsible for the errors, which included changing Kate’s observation notes after her death. 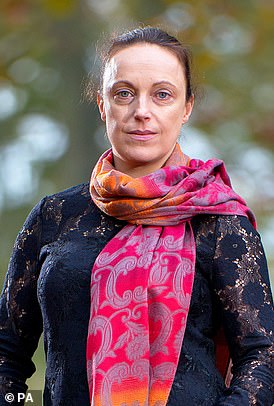 Rhiannon Davies had raised fears over reduced movement in the womb

Following the release of the report, Mrs Davies said: ‘You would think losing Kate would be the worst event in my life but the continual need to revisit the trauma of that day as we fight to get the truth means my distress is ongoing.

In another case, parents were not told their baby’s body had returned from a post-mortem examination and it decomposed so badly that they never got to say a final goodbye.

When the Mail reported last year that the number of cases was spiralling at the Shrewsbury and Telford hospital trust, its bosses dismissed this as scaremongering.

The scandal at its two maternity units is now believed to be the largest in NHS history. Bereaved parents last night called for the trust to be prosecuted for corporate manslaughter.

The leaked 33-page interim report describes a ‘toxic’ culture where mistakes were covered up and lessons not learnt.

Families complained they were treated without kindness or respect. Staff referred to dead babies as ‘it’, mixed up their names in official letters, routinely dismissed the legitimate concerns of parents and falsely told them their cases were a one-off.

The report has been written by Donna Ockenden, a senior independent midwife who was tasked with looking into just 23 cases of poor maternity care at the trust in 2017. Her work was overseen by NHS Improvement, the health regulator, and leaked to The Independent.

Bosses failed to learn from their mistakes as they were ‘overly defensive of staff’, meaning failings were repeated year after year.

Several babies died or suffered life-long complications because midwives failed to properly monitor heart rates. Other were left brain damaged after they developed severe infections including meningitis that were not detected or treated with antibiotics.

Many families are still ‘struggling’ to get answers from the trust over very serious clinical incidents dating back years.

One father received some feedback following his daughter’s death only when he bumped into a hospital employee in Asda.

Miss Ockenden wrote: ‘These are real accounts about the suffering and grief experienced by individuals and families.

‘Their experiences of maternity care should have been anticipated to be some of the most rewarding of their lives, but instead have often resulted in tragedy, that has continued to have long lasting and profound effects, to the current day.

‘As a result of these families coming forward, this review is now one of the largest the NHS has ever conducted into infant and maternal morbidity and mortality in a single service.’ 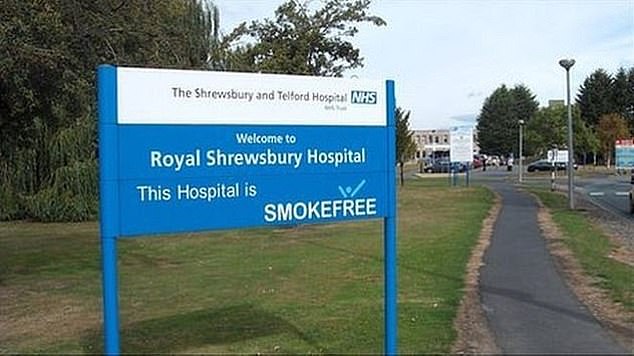 When the Mail reported last year that the number of cases was spiralling at the Shrewsbury and Telford hospital trust, its bosses dismissed this as scaremongering

HOW FIRST ‘CRACKDOWN’ ON WARDS CAME TO NOTHING

The leaked report is damning about the role of the Royal College of Obstetricians and Gynaecologists.

It says the college’s experts failed to speak to bereaved families when asked by the Shrewsbury and Telford hospital trust to assess its two maternity units in 2017. The college made 37 recommendations to drive improvements but report author Donna Ockenden says these were based on flimsy evidence.

She said families who were known to have raised concerns about the trust were not interviewed ‘nor were their previously documented concerns specifically reviewed’.

The college claimed the morale of midwifery staff was said to have improved since its first visit to the trust, but the only evidence provided was an apparent reduction in the sickness rate, which was not quantified.

Donna Ockenden said a college statement that ‘staff engagement has improved and the blame culture has shifted’ was ‘not supported by any evidence’.

She pointed out that most examples of culture change ‘usually take a number of years… therefore it seems unlikely that the trust has changed its culture in eight months’.

Miss Ockenden also highlighted the lack of evidence being provided for the college’s claim that the escalation process from the midwifery-led unit to the consultant unit was working better.

She added: ‘The number of cases we are now being requested to review seems to represent a longstanding culture at this trust that is toxic to improvement effort.’

Until now the biggest maternity care scandal was at the Morecambe Bay hospital trust, where up to 19 lives were lost.

Midwives’ missed chances to save Pippa

Pippa Griffiths could still be alive today had midwives realised she was suffering a deadly infection.

The little girl was born at home in Shropshire in April 2016, but died just 31 hours later from a Group B Streptococcus infection.

A coroner ruled her death was avoidable and blamed a string of unforgiveable errors by midwives.

The inquest heard medical staff missed a crucial opportunity to save Pippa when her mother Kayleigh rang a midwife with concerns about her baby’s feeding. A second chance to save Pippa’s life was missed when her mother rang hours later to report bloody mucus, a sign of a serious bacterial infection which could have been treated with urgent hospital treatment. 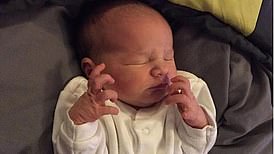 Pippa was born at 8.34am and a midwife was supposed to have gone to the family home for a check-up later in the afternoon. However, the inquest heard she failed to turn up. Pippa developed a purple rash later that night and eventually stopped breathing. Emergency services managed to get her breathing again, but she later died.

The trust accepted that chances to save Pippa’s life were missed. Following the conclusion of the inquest, Mrs Griffiths said: ‘We’ve fought for her and fought for the truth and ultimately she could have been saved.’

Rhiannon Davies, whose daughter Kate died in 2009 following a series of failures by midwives, warned of an ‘evil culture’ at the Shrewsbury and Telford trust that warrants criminal prosecution. ‘It’s no longer enough to say that lessons must be learned,’ she insisted. ‘History has proven that was never the case with this trust, therefore, the only outcome that I will be satisfied with now is a successful prosecution of the hospital trust for corporate manslaughter.’

Dr Bill Kirkup, who chaired a major review into the Morecambe Bay scandal, said the new report made for ‘ghastly’ reading. But he warned that similar maternity scandals were being played out at other hospitals, unbeknown to the public. ‘Two clinical organisational failures are not two one-offs – they point to an underlying systemic problem that may be latent in other units,’ he said. ‘It is vital that we recognise why, and what we can do about it.

‘There is good evidence that some straightforward but far-reaching measures would benefit all maternity units, as well as greatly reducing the chances of another large-scale disaster like these two.’

The final report into Shrewsbury and Telford is not expected until 2020 at the earliest. It is set to trigger major changes across all NHS maternity services. In July, the trust’s £160,000-a-year chief executive Simon Wright announced he was standing down, amid rumours he has been pushed out by NHS bosses.

Mr Wright was meant to be taking up another role in a nearby health trust but he later confirmed he would be spending more time with his family.

Paula Clark, interim chief executive at the Trust, said: ‘On behalf of the trust, I apologise unreservedly to the families who have been affected… I would like to reassure all families using our maternity services that we have not been waiting for Donna Ockenden’s final report before working to improve…

‘Our focus is to make our maternity service the safest it can be. We have further to go but are seeing some positive outcomes.’

Katie Wilkins’ baby girl died at Shrewsbury Hospital after midwives left her in a side room for 48 hours and failed to properly monitor her.

Miss Wilkins was 15 days overdue when she arrived at the hospital to be induced in February 2013. There were no beds available on the busy labour ward and Miss Wilkins, 24, claims she was ‘forgotten’ in the room for two days and visited by staff just a handful of times. 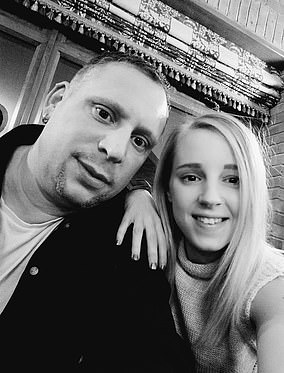 Katie Wilkins’ baby girl died at Shrewsbury Hospital after midwives left her in a side room for 48 hours and failed to properly monitor her. Miss Wilkins pictured with partner Dave Jackson, 45

When a midwife did come to check on her progress they realised her baby’s heartbeat could not be found. Maddie was delivered stillborn in the early hours of the following day.

Hospital bosses later admitted the baby would have been born alive had they treated her in a more ‘timely’ manner.

Miss Wilkins said: ‘Maddie’s death was recorded as unexplained but we know why she died – because the midwives didn’t do their jobs properly.

‘I’d had a perfectly normal pregnancy and didn’t expect any problems with the birth. But I was left for hours at a time. The hospital was very busy and I felt like they simply forgot about me.

‘Giving birth to my stillborn daughter was heartbreaking. I should have been taking her home with me, but instead she had to stay at the hospital in a Moses basket. It was awful.’

Maddie was delivered stillborn in the early hours of February 21. The results of a post-mortem examination said the 6lbs 14oz baby girl’s death was unexplained.

In a letter to Miss Wilkins, Cathy Smith, head of midwifery at the hospital, apologised and admitted: ‘Had your induction occurred more timely, Maddison would likely to have been born alive.’ She added that practices at the hospital had now changed.

Miss Wilkins – who has since had a son and daughter with her partner Dave Jackson, 45, – is sceptical. She said: ‘We were told that changes would be made and women would be properly monitored, but now it seems that never happened.

‘The hospital think they can say sorry and we should move on, but we can’t.’

Madonna, 60, to spend FIVE MILLION DOLLARS on Billboard Music Awards performance, Medellin
Woody Allen's memoir is released after the Oscar winner finds a new publisher who attacks protests
Frustration grows among thousands of migrants in camps at US-Mexico border as outside support fades
Don't call me Dick Braine! New UKIP chief Richard Braine in spat with George Osborne
Prince Harry makes a top secret dash to Berlin without pregnant wife Meghan
Apprentice star Karren Brady 'must come clean on Philip Green's gagging orders' say MPs
Pregnant women are NOT at greater risk of being hospitalised with severe COVID-19
Marriott admits details of up to 500 million guests may have been stolen in hack