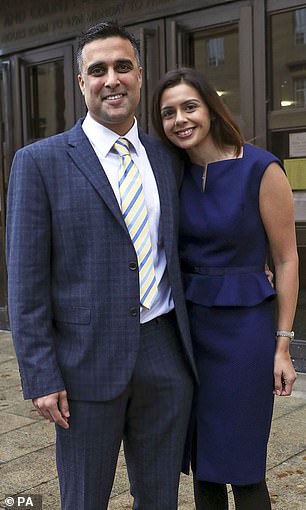 Sandeep and Reena Mander, pictured outside Oxford County Court today, sued The Royal Borough of Windsor and Maidenhead council in a landmark case

A Sikh couple have today been awarded nearly £120,000 in damages after they were rejected by the local adoption service because of their Indian background.

Sandeep and Reena Mander sued The Royal Borough of Windsor and Maidenhead council in a landmark case after they were turned away from Adopt Berkshire three years ago.

The couple, who were awarded the damages at Oxford County Court after a four day hearing last month, were told their chances would be improved if they looked to adopt in India or Pakistan.

Mr and Mrs Mander, who are aged in their 30s, from Maidenhead, Berkshire, sued the council for discrimination and their case has been backed by the Equality and Human Rights Commission.

The hearing heard how when Mr Mander stated they were both born and raised in Britain but their parents were born in India, he was told that they were unlikely to be approved as potential adopters due to their ‘Indian background’, because only white children were available in Berkshire and the surrounding area.

The couple, who were described as ‘high earners’ and earn a number of properties including their five bedroom home, had undergone seven unsuccessful IVF treatments. They have since adopted a child from the United States.

Judge Clarke awarded the couple general damages of £29,454.42 each and special damages totalling £60,013.43 for the cost of adopting a child overseas.

After the ruling Mr and Mrs Mander said: ‘This decision ensures that no matter what race, religion or colour you are, you should be treated equally and assessed for adoption in the same way as any other prospective adopter.’

Judge Melissa Clarke said in her ruling: ‘I find that the defendants directly discriminated against Mr and Mrs Mander on the grounds of race.’

The judge also made a declaration that the council ‘directly discriminated’ against the couple in the provision of adoption services on the grounds of race. 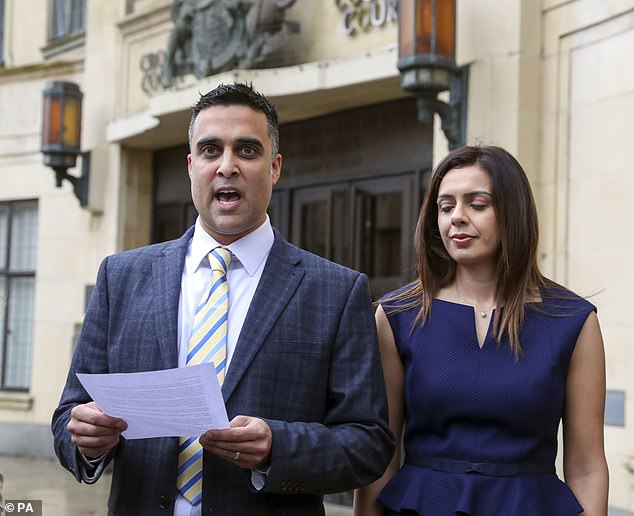 Mr and Mrs Mander gave a statement outside court to the media. They said they believed it was ‘not just an isolated event’ 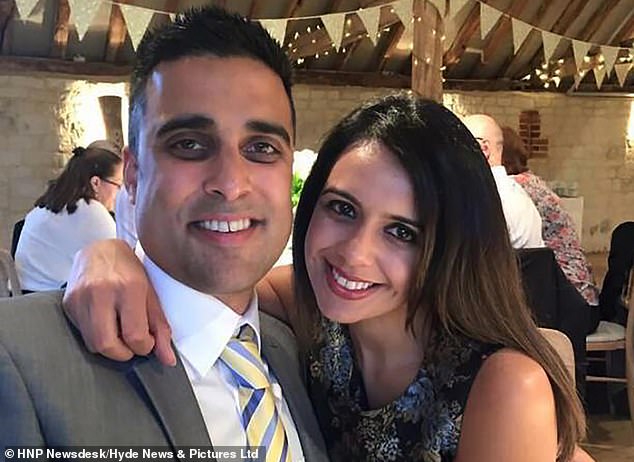 Sandeep and Reena Mander, pictured, were told that they would not be approved for adoption by authorities in Berkshire because of their ‘Indian heritage’

But she rejected the Manders’ claim that they had also suffered discrimination under Article 12 of the European Convention of Human Rights and the right to ‘found a family’.

In her judgment, Judge Clarke said: ‘I consider that there is clear evidence that Mr and Mrs Mander, who I have found expressed willingness to consider a child of any ethnicity, received less favourable treatment than would a comparable couple of a different ethnicity.

‘All of this discloses, in my judgment, what the unknown social worker stated in the very first phone call with Mr Mander, namely that Adopt Berkshire operated a policy of placing adoptive children with parents who come from the ‘same background’, namely race. 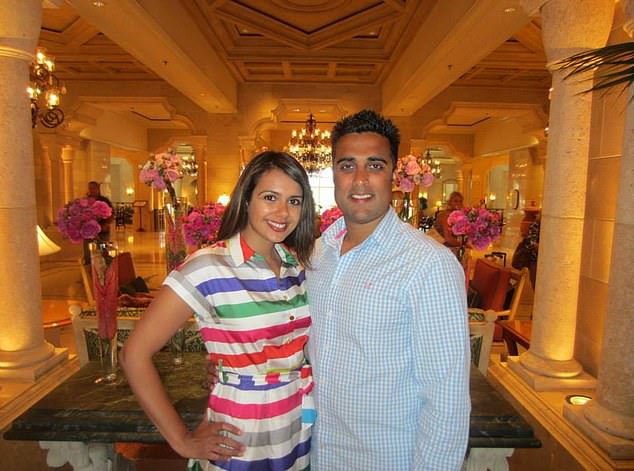 The couple, pictured, told authorities that their parents had been born in India although they were born and raised in Britain 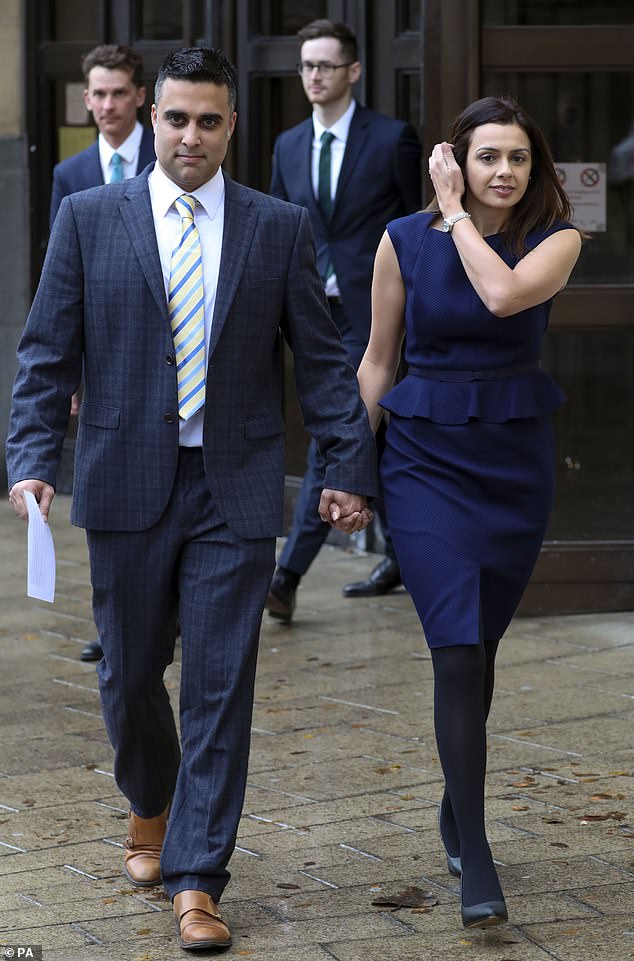 The couple, pictured leaving court today, said: ‘We felt there needed to be a change. This is what this case has all been about for us, to ensure discrimination like this doesn’t happen to others wishing to do this wonderful thing called adoption’

‘All the evidence points to Adopt Berkshire’s refusal to progress Mr and Mrs Mander being made on the assumption that it would not be in a putative child’s best interest to be matched with prospective adopters who did not share their race.

‘This assumption was a stereotype which gave race a disproportionate importance as a factor regarding the welfare of children and it was a move away from such stereotypes and reduce the delays caused by attempts to achieve a perfect or near ethnic match between adoptive parents and adoptive children that Michael Gove, as Secretary of State for Education, introduced the 2011 Action Plan and 2013 amendments to the 2002 Act.’

After the ruling Mr Mander, and his wife, who was born in Leamington Spa, Warwickshire, added: ‘We believe our experience with Adopt Berkshire was not just an isolated event.

‘When we went through the Intercountry adoption process we came across many couples who had similar experiences. 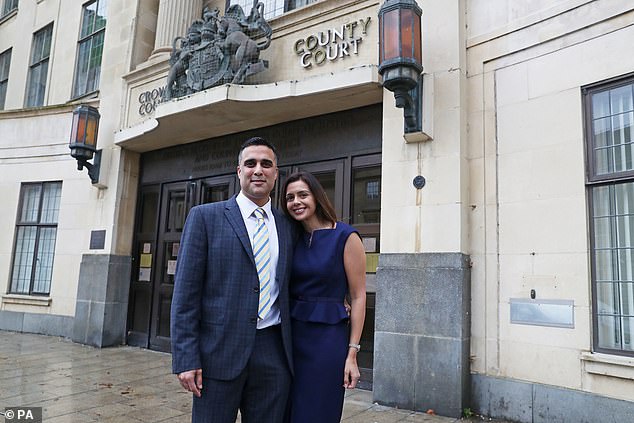 After the ruling Mr and Mrs Mander (pictured outside court) said: ‘This decision ensures that no matter what race, religion or colour you are, you should be treated equally and assessed for adoption in the same way as any other prospective adopter’ 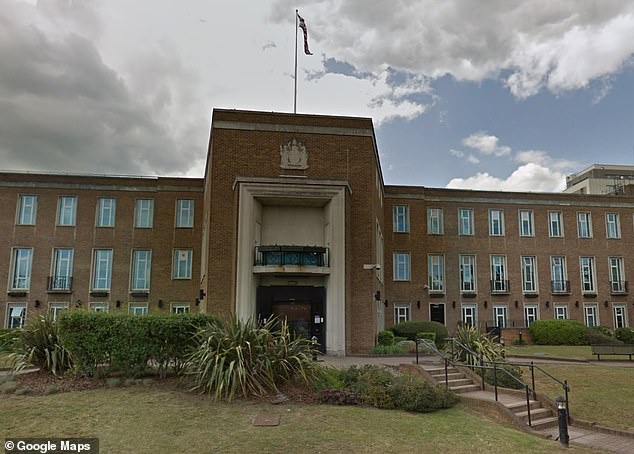 The Royal Borough of Windsor and Maidenhead Council offices. The council said today they are ‘very disappointed in the judgement’

‘Let us be clear, a child’s welfare is the most important thing when looking for any prospective adopter.

‘However matching cultural values and beliefs is just one of many areas that should be assessed when looking at the suitability of adopters to ensure that child’s welfare.

‘It should never be the overriding factor to stop you even being considered, which is what happened to us.

‘And certainly, cultural values and beliefs should never be assumed based on an ethnic tick-box, as was our experience.

‘We felt there needed to be a change. This is what this case has all been about for us, to ensure discrimination like this doesn’t happen to others wishing to do this wonderful thing called adoption.

‘And today’s landmark ruling will ensure this doesn’t happen again.’

A council spokesman said: ‘We are very disappointed by the judgement in this case, which we will now take time to consider in full.

‘We have reviewed our policies to ensure they are fit for purpose and are confident that we do not exclude prospective adopters on the grounds of ethnicity.

‘Finally, we always put the best interests of the children at the heart of any adoption decisions and are committed to best practice in our provision of adoption services.’