Sir John Major worked to ensure Margaret Thatcher would not stand again for the Tory party leadership so he could replace her, a book claims.

Sir John replaced Mrs Thatcher in 1990 after winning a leadership contest which she dropped out of.

He then pledged to ‘destroy’ his predecessor after believing she was critical of him following her departure, according to a book by former Daily Telegraph editor Charles Moore.

Excerpts of the biography, Herself Alone, published in the newspaper, said Major had been expected to sign nomination papers backing Mrs Thatcher. 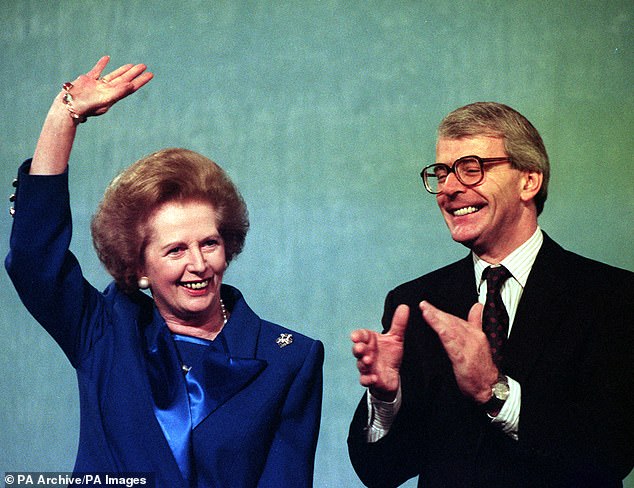 Sir John Major (right) worked to ensure Margaret Thatcher (left) would not stand again for the Tory party leadership so he could replace her, a new book claims

It said: ‘Returning them [the nomination papers], signed, to Downing Street, was dangerous because there was the possibility that, having once received Major’s signed paper (and already holding Hurd’s), the Thatcher team might decide to use it.’

Mrs Thatcher had won a first ballot in the leadership contest, but failed to secure outright victory, and initially pledged to continue her bid. 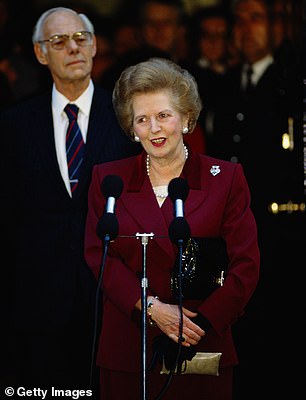 But the majority of her cabinet members had told her she would not win, which Mr Major knew, and she later decided to step down.

Sir John was ‘fretting about the nomination papers’ on November 21, the day before Mrs Thatcher resigned, over concerns she may in fact remain a contender.

The book claims the whip and his deputy, Tim Renton and Alastair Goodlad, ‘recommended he (Sir John) send the signed nomination papers back but with a covering letter requesting that the papers not be submitted until after Cabinet’.

The move would ensure Major could ‘recover them should circumstances arise ‘which might lead him to stand himself”.

When Sir John learned Mrs Thatcher would step down, he sent the nominating papers and also prepared papers to mount his own entry into the contest.

In a letter to Peter Morrison, the prime minister’s parliamentary private secretary, Sir John wrote: ‘I gather that there is a possibility of resignations from the Cabinet if the PM proceeds against the wishes of colleagues.

‘This would obviously be awful – for the PM and the Party. 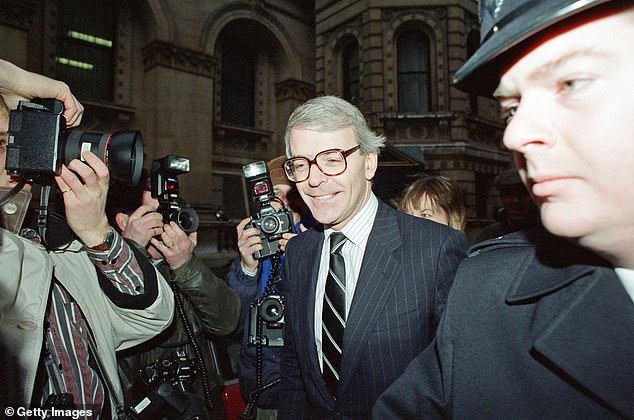 ‘May I therefore entrust the nomination to you for reference if any difficulty arises in Cabinet?’

A spokesman for Sir John told The Daily Telegraph the account he gives of the leadership election in his own autobiography ‘is a full and faithful one’.

The book is the third instalment of Mr Moore’s biography of Margaret Thatcher.

Other claims include Mrs Thatcher was unprepared after she departed Downing Street and could not even use a television remote or telephone. 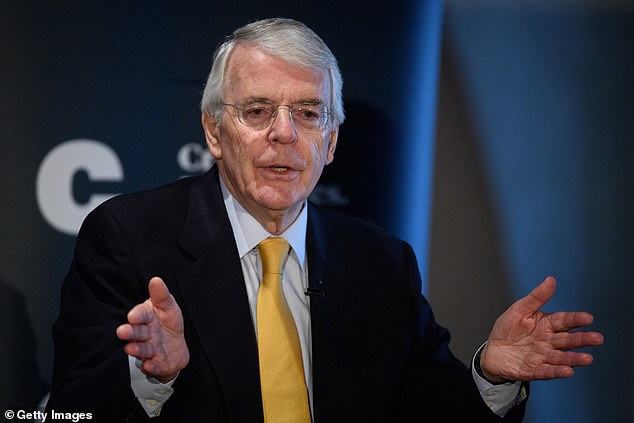