A six-year-old boy fell from his bedroom window to his death while reading a Mr Men book, an inquest heard.

The temperature in William Coy’s second-floor bedroom was ‘almost unbearable’ when he suffered fatal injuries during last summer’s heatwave, the hearing was told.

He was taken from the family’s home in Lincoln following the fall on the evening of Tuesday July 17 to Queen’s Medical Centre (QMC) in Nottingham, but died two days later.

The six-year-old was described during the hearing as an ‘intelligent, inquisitive and caring’ lad with a maturity beyond his years. 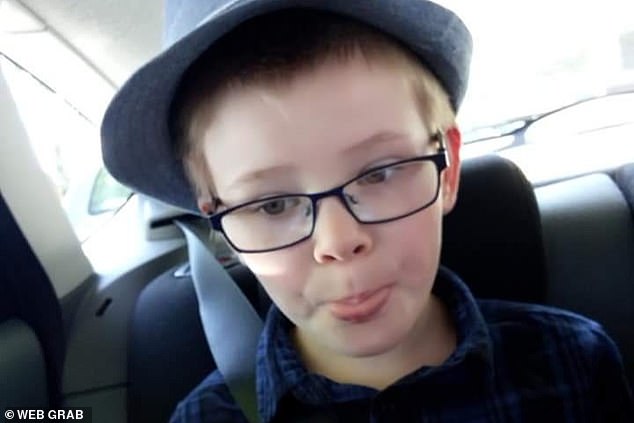 William Coy was described during the hearing as an ‘intelligent, inquisitive and caring’ lad with a maturity beyond his years

The inquest at Boston Coroner’s Court was told that William had gone downstairs three times after being put to bed and his father, Richard, had become a little irritated.

William returned to his bedroom on the second floor of the three-storey terraced home, and it is believed he sat on the windowsill and read – as he would often do, the inquest heard.

The lower panel of the replacement UPVC window had no catches and opened fully wide from the top, the hearing was told.

It is believed that reading for around 15 minutes he may have leant on it and fallen out, the inquest heard.

In a statement, William’s father, Richard – who called his son ‘my little buddy’ – said he thought his elder daughter was joking when she came to ask him why William was sleeping outside. 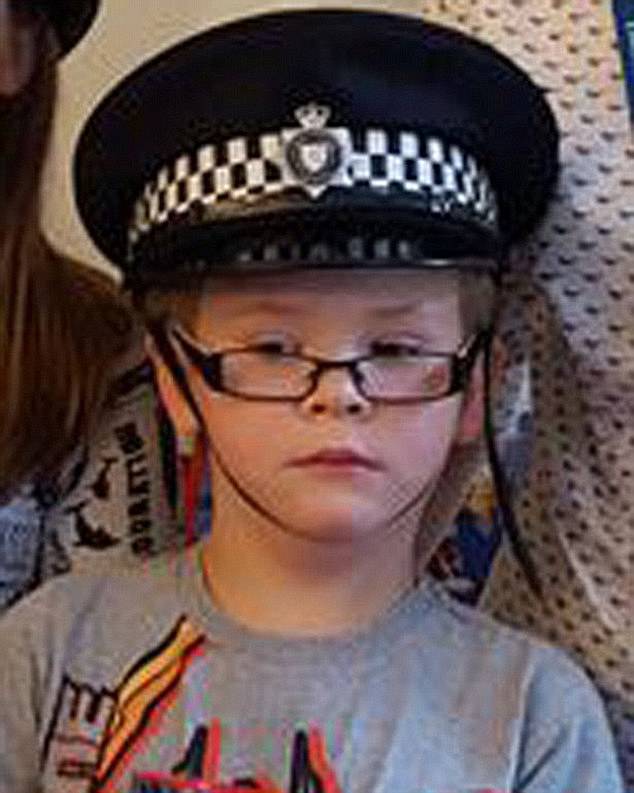 William Coy pictured in a police hat. Assistant Coroner Richard Marshall said it was one of the most tragic cases he had ever dealt with

He said he expected to find that William had let himself out of the back door, but it was locked and it was then that he saw his son lying on the concrete patio.

Richard said: ‘I could see that his glasses were on the floor beside him, as if he had just taken them off.

‘There was a small amount of blood coming from his nose. I started to shout and scream in complete panic.

‘I tried to wake William up, but he wouldn’t open his eyes. He wasn’t breathing properly.’

Emergency services arrived within three minutes of the call and William, who was twice resuscitated from cardiac arrest, was taken to QMC, but died as a result of a ‘catastrophic’ head injury two days later.

The inquest heard that William had only recently expressed interest in his organs being used for donation after his death after seeing a TV programme and quizzing his mother, Kate, about it. His kidneys and pancreas were used.

The family had lived in the rented accommodation for about three years, the inquest heard.

Mr Coy said the issue with the unrestricted windows had been raised at the time with the landlord, but, had been ‘forgotten about or overlooked’.

He added: ‘Kate and I had been careful to ensure that the children were aware of the dangers and we stressed the risk of going near the windows when they were open.

‘We encouraged them to keep them closed whenever they were in their bedrooms.

‘However, last summer this was impossible due to the oppressive heat.’ 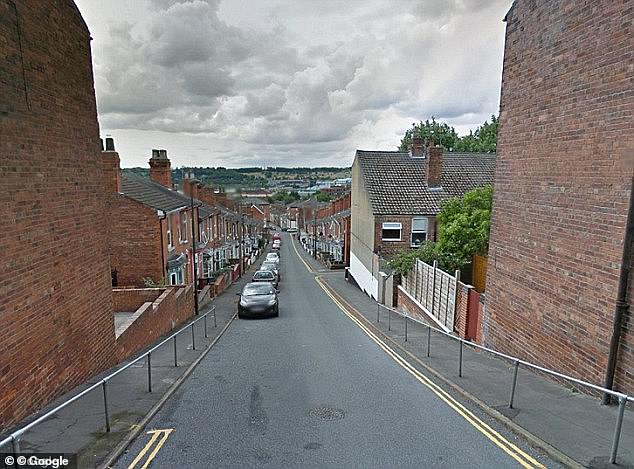 William returned to his bedroom on the second floor of the three-storey terraced home in Lincoln, and it is believed he sat on the windowsill and read

The inquest heard that William’s sister had shut the window after his fall in an effort to protect him from getting into trouble for leaving it open, the inquest heard.

Police child protection officers investigated William’s death, but Det Insp Lee St Quinton told the inquest that there were no concerns, and it was obviously a ‘loving family unit’.

Assistant Coroner Richard Marshall said it was one of the most tragic cases he had ever dealt with.

Recording a verdict of accidental death, he said: ‘Words are really inadequate to do justice to fully describe the circumstances of the tragedy.

‘It’s difficult to imagine anything worse than losing a child in such circumstances as these.

‘It’s also one of the most moving cases I’ve dealt with.

‘William was only six and yet with an extraordinary degree of maturity had indicated that he would want to give his organs in the event of his death, tragically something that happened far too soon.’