Slovakia could soon join the list of countries opting out of a United Nations pact seeking to promote an international approach to safe and orderly migration.

The country’s lawmakers rejected the UN pact Thursday in a 90-15 vote in Parliament, saying the pact is not in line with the country’s policies on migration and security.

The Global Compact for Safe, Orderly and Regular Migration was approved in July by all 193 UN member nations except the United States, which backed out last year, and is due to be ratified formally in December. 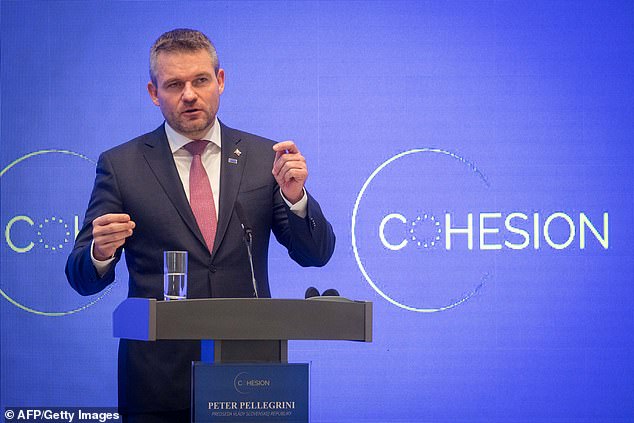 Voting no: Slovakian Parliament rejected the United Nation’s Global Compact for Safe, Orderly and Regular Migration in a 90-15 vote on Thursday, days after Prime Minister Peter Pellegrini said he did not support it

Austria, Hungary, Israel, Poland, Switzerland and Australia have already dropped their support for the deal and said they won’t attend the meeting in Marrakech, Morocco on December 10-11 to formally approve the compact.

The pact was conceived after the biggest influx of migrants into Europe since World War Two, many fleeing conflicts and poverty in the Middle East, Africa and beyond.

The Slovakian Parliament has asked the government to reject the deal when it likely makes its decision on the document next week.

Slovak leaders are divided over the pact, with Prime Minister Peter Pellegrini making it clear last weekend that he did not want his country to support it.

‘Slovakia will not support this United Nations pact under any circumstances and will not agree with it,’ Pellegrini told reporters in Brussels on Sunday. 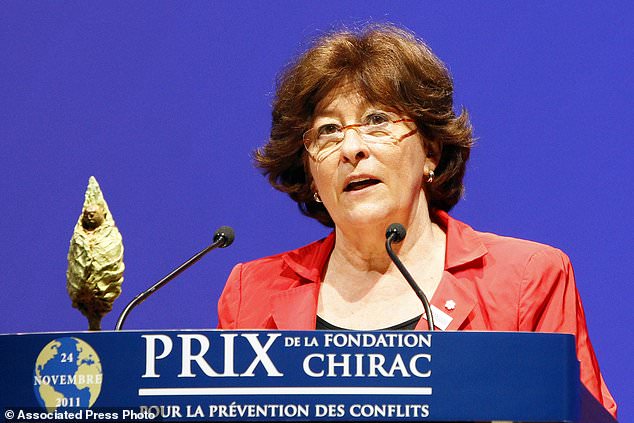 Louise Arbour, the U.N. envoy for international migration, pictured in 2011, said the member nations’ rejections of the migration pact are ‘puzzling’, as pact is not legally binding

A Slovakia rejection of the migration pact could lead to a shake-up of Pellegrini’s government, given that Foreign Minister Miroslav Lajcak has threatened to resign if the government shuns the agreement.

Lajcak was President of the United Nations General Assembly when the migration pact was adopted.

Pellegrini said that he believed Lajcak would stay even when the pact is rejected by Slovakia.

‘I will do everything I can to keep him in his seat,’ the prime minister said.

The Slovakian Parliament’s rejection of the pact came as the U.N. envoy for international migration said some countries are reneging on their support for ‘bizarre’ reasons.

Former Canadian judge and U.N. human rights commissioner, Louise Arbour said the rejections of the pact are ‘puzzling’ because it is not legally binding.

After the pact’s formal adoption at the December meeting ‘there is not a single country that is obligated to do anything that it doesn’t want to.’

‘Many of them have expressed it, in frankly, rather bizarre terms,’ Ms Arbour said.

Arbour said that unfortunately ‘migrant’ has been a bad word for a long time, ‘and it’s extremely misunderstood.’

She cited ‘the unbelievable confusion’ between refugees who flee conflict or political persecution and are granted asylum in another country, and migrants ‘who overwhelmingly follow legal channels to access a country’ by obtaining tourist, student or work visas, either for a short term or on a path to citizenship.

Nonetheless, Arbour said ‘we expect a very large participation, an overwhelming participation of U.N. member states’ to formally adopt the compact by consensus. But she said she didn’t know the number of countries that will attend the meeting, or how many world leaders, though there will definitely be some.