Saturday Night Live waded into the Brexit impasse with a hilarious send-up of embattled Prime Minister Theresa May who is scorned and ridiculed until she shares a passionate kiss with Winston Churchill and saves the United Kingdom.

The sketch was part-music video, part-film in which Kate McKinnon portrays May as beleaguered and unpopular.

As Sara Bareillis plays her ballad She Used To Be Mine, McKinnon’s May is seen being mocked and ridiculed by the British public.

Nothing goes right for the prime minister, who is routinely scorned in the press while getting angry stares whenever she appears in public. 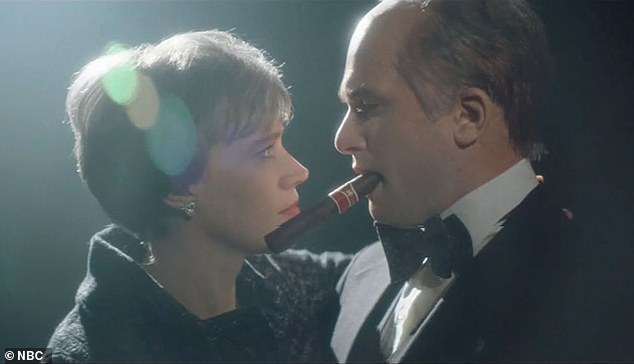 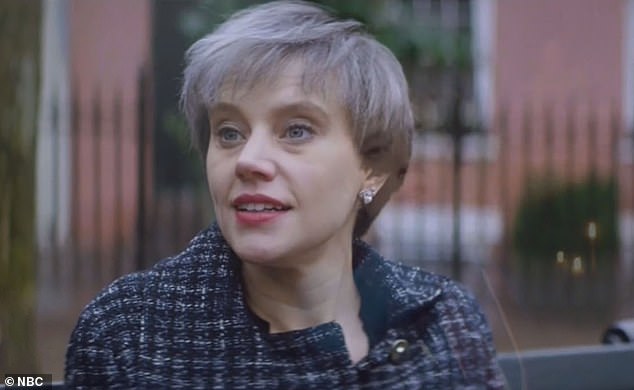 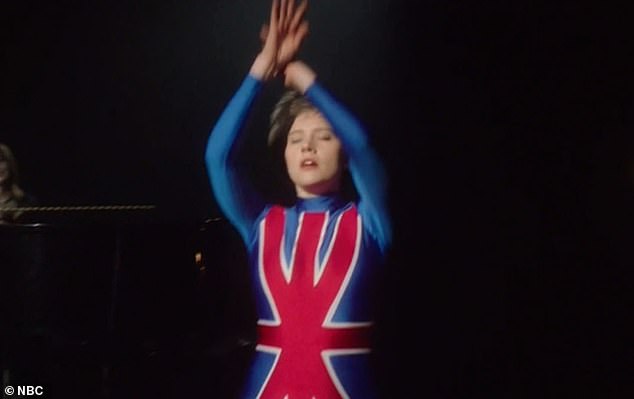 The sketch was part-music video, part-film set to Sara Bareillis’s song She Used To Be Mine

Kate as Theresa appeared to be having an extremely troublesome day as she got herself into all sorts of mishaps, starting with being caught in a rainstorm, leading the leader to use her handbag as a shield.

In one scene, she tries to eat her fish and chips in the park, only to discover that her ketchup bottle is full of water and a bird ends up defecating on her meal from above.

While waiting to cross the street, a taxi cab drives into a puddle, splashing water onto her as she waits helplessly on the sidewalk.

When May types in ‘Theresa May Fans’ into Google, she gets ‘0 results.’

May tried to take solace in her fans online, only to be told by Google that there aren’t any 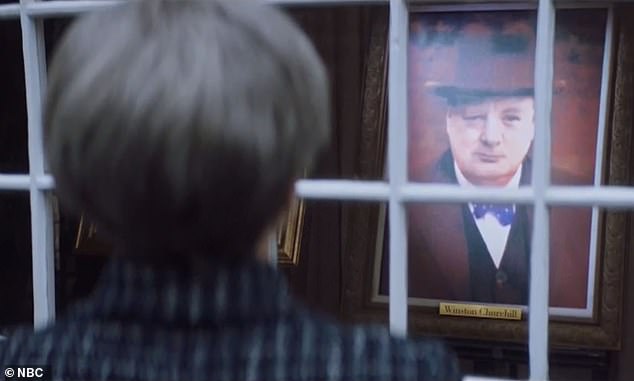 May is then transported into a dance with Churchill, who romances her and leads her to get parliamentary approval for Brexit

Appearing down-and-put, Kate slipped on comfy slippers as she slumped by a London phone box and pulled a defeated expression.

May is out of answers and down on her luck until she walks by a London storefront and sees the image of Churchill.

The scene then cuts to an intimate dance between the two prime ministers, which ends in a kiss.

Churchill is played by the show’s guest host, Kit Harington.

After the kiss, May walks into parliament where she is informed by opposition leader Jeremy Corbyn that her Brexit plan passed.

A split second later, May is awoken from her dream, only to turn on the television and see that she is being criticized on the news.