Boastful Brits are lining up to have their unusual junk food quirks brutally slated on a new Facebook group.

Kebabs, pizzas, curries and even fry-ups are being judged on Rate My Takeaway.

But proud eaters are facing a fierce backlash and comical comebacks over their culinary choices.

One – called Leanne L – posted a snap of her super spicy kebab which had eleven giant Jalapeno peppers on top. 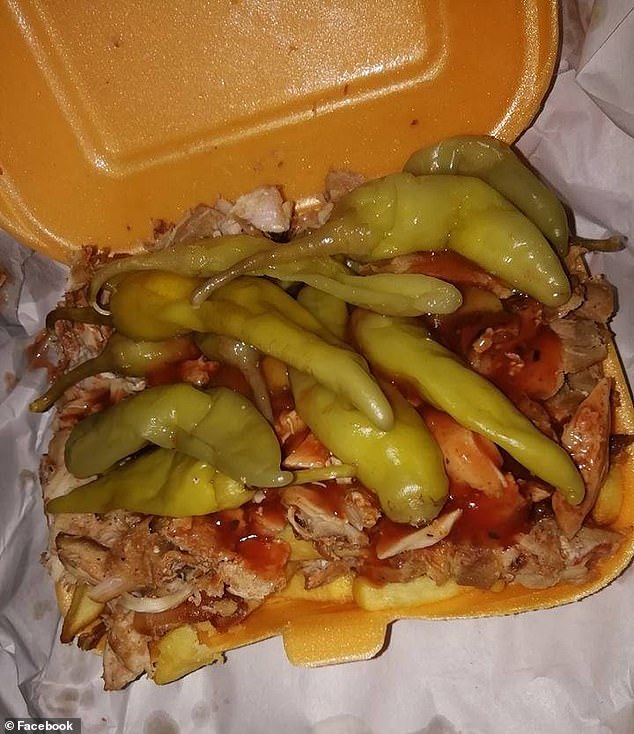 Steve Brown commented: ‘Johnny Cash called to say that is a ring of fire.’

Jason Porter quipped: ‘Sneaky feeling you might s**t the bed.’

Proud Mike M uploaded a photo of his unappetizing takeaway Full English in a carton.

Dave Bache posted a comment on the group which has quickly amassed 97,000 followers. 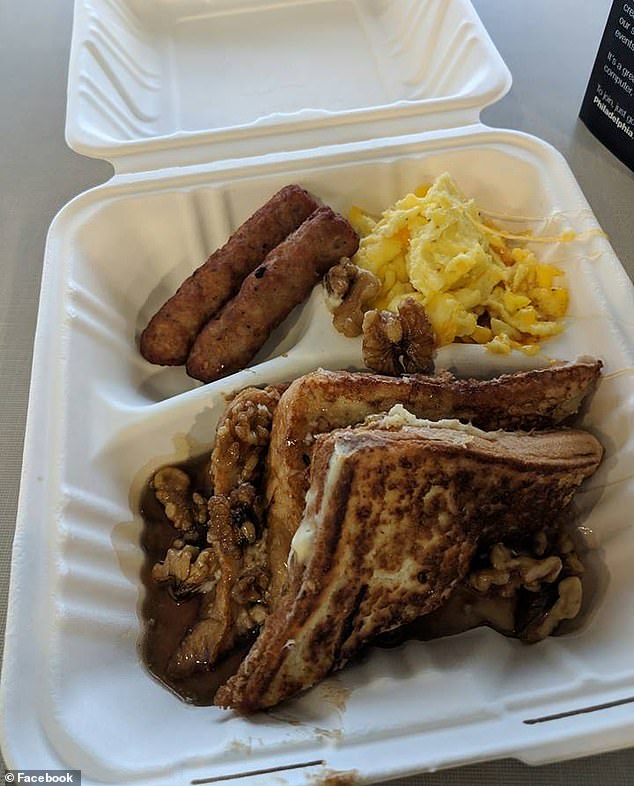 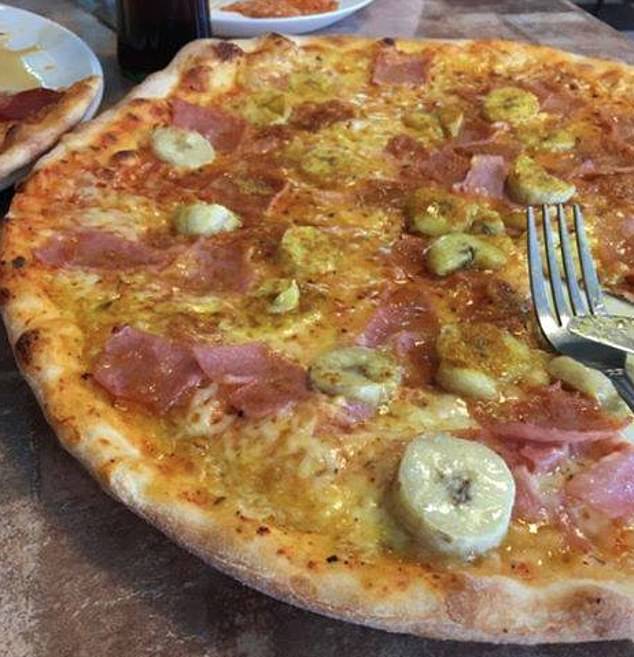 A controversial combination: Camilla R showed off her ham and banana pizza

Another John Kerr joked: ‘Cut out the middleman, just flush it down the toilet.’

But Paul Butler said: ‘Who the f**k puts ham on a banana pizza?’

Trev R posted a snap of his midweek lunch made up of a kebab, chips and a can of Coke.

Alexandra Holloway panned him saying: ‘It’s 1pm on a Tuesday, everything ok at home hun?’ 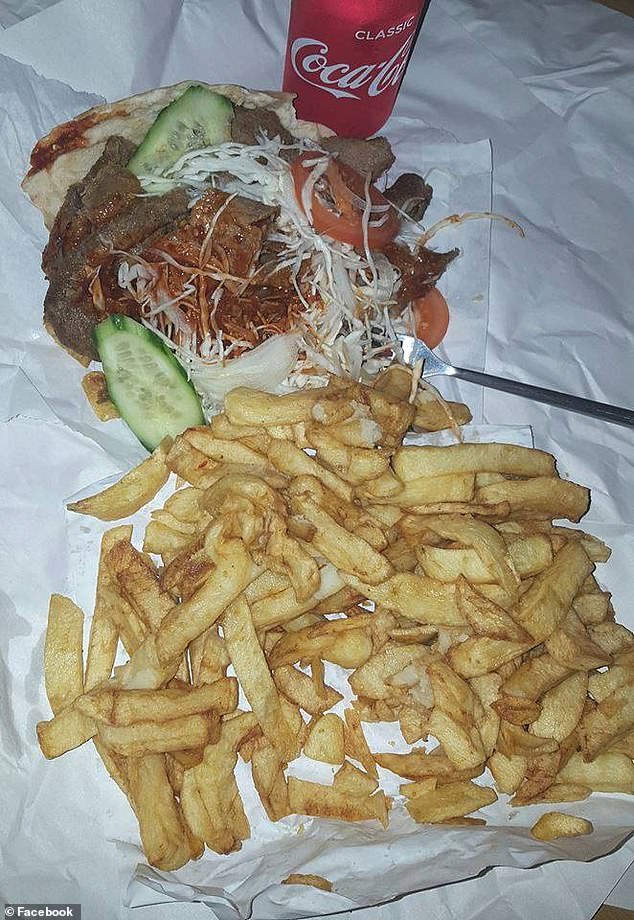 Trev R’s weekday lunch of kebab, chips and a can of coke, which led some to question his welfare and why he was eating such a meal at 1pm on a Tuesday

Adam L showed of his curry which looked more like dog food.

Charlotte Kelly was quick to point it out saying: ‘Mmmm Winalot and rice with a naan.’

The group comes hot on the heels of Rate My Plate which judging home-cooked food.

It has amassed 1.9million followers.

It was made famous after Carol C was slammed for her sloppy fry-up. 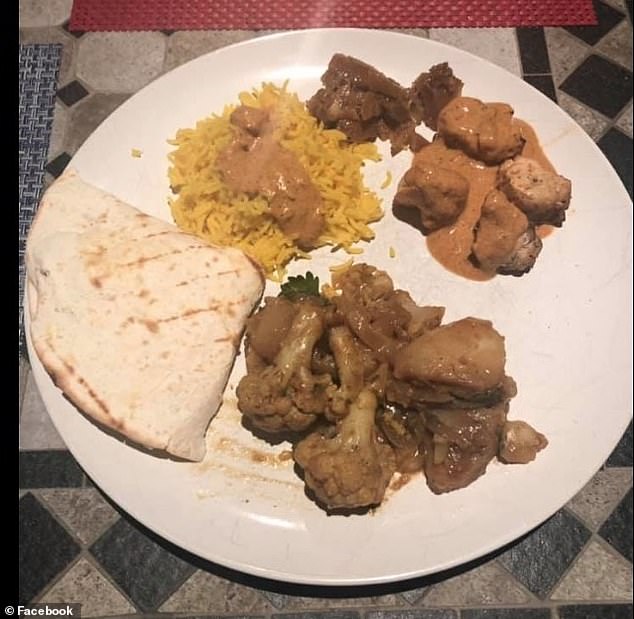 Adam L’s curry attracted some unpleasant comparisons with one user posting a ‘stool chart’ to help Adam identify his food. Another questioned why he was eating on the bathroom floor

Latest devastating weapon in Russian leader's arsenal has nukes capable of taking out an entire city
Police step up security at UK mosques after New Zealand massacre
Super-infectious coronavirus strain has four-times as many 'spikes'
ALISON BOSHOFF reveals why Barbra Streisand's adorably fluffy pooches are the diva dogs to die for
Tycoon is banned from driving despite claiming 'exceptional hardship' because he has 'meetings on'
'It's cruel!' GMB viewers rage at mother who's raising her 11-month-old baby only on vegan food
Steve Bruce feeling the heat at Aston Villa as chief plans shake-up
The Cars' lead singer Ric Ocasek dies at 70 from 'natural causes' in his Manhattan townhouse