OLE GUNNAR SOLSKJAER says he wants the Manchester United players to “express themselves” after a whirlwind 24 hours.

Solskjaer, despite a tumultuous spell as manager at Cardiff, is a popular choice with supporters, albeit on an interim basis until the end of the season.

And in his first interview since taking the reins, he promised the players will be allowed to showcase doing what they are best at.

The man he replaced, Mourinho, was criticised as being too defensive and not letting the creative talents of the likes of Paul Pogba, Marcus Rashford and Jesse Lingard flourish.

Solskjaer said: “We’re in a results business and we want to win games.

“That’s my job to help the players. We want to see them play the football that they can do.”

“We’ve got a great set-up. The analysts were watching Cardiff this morning. I’ve seen the teams, I watch the Premier League.

TURNING THE CLOCK BACK

Solskjaer vows to bring back Fergie Time at Manchester United

United ‘axe Jose Mourinho's coaches with only one surviving cull’ 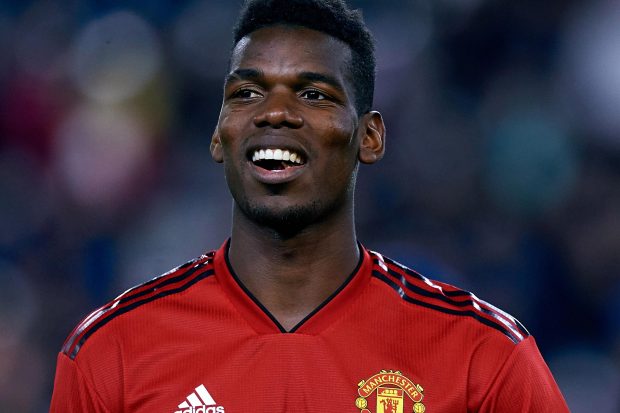 PAUL POGBA shouted: “He f***ed with the wrong baller” as he gloated about Jose Mourinho’s sacking at Manchester United.

SunSport can reveal fully the extent of the breakdown in the pair’s sour relationship before Mourinho was axed on Tuesday morning.

He hit back, asking Mourinho if Lampard had won the World Cup – like he did with France last summer.

He hit back, asking Mourinho if Lampard had won the World Cup – like he did with France last summer.

Click here to read more from this sensational SunSport exclusive.

“It’s about us though, not the opposition. We want to see the players express themselves.

“Our main focus is us, the opposition comes later.”

He then hinted that all the current squad, many of who were rumoured to be heading for the exit door in January, will be given the chance to prove themselves.

He added: “We have to rotate. Everyone will get a chance. Everyone starts with a clean slate.

“You’ve got to start somewhere. I’ve seen the last few games. You pick a team now and you move on.”