A young Somali refugee who had just obtained protected status in Italy after arriving through Sicily last year has been arrested on suspicion of raping a 68-year-old woman.

Saleban Nuur Shaieb, who is reportedly homeless, is alleged to have attacked the victim while she was sunbathing on a beach in Abruzzo, in the east of Italy.

He pushed her to the ground so hard that she hit her head against the stones on the beach before he raped her, local news website Repubblica reported. 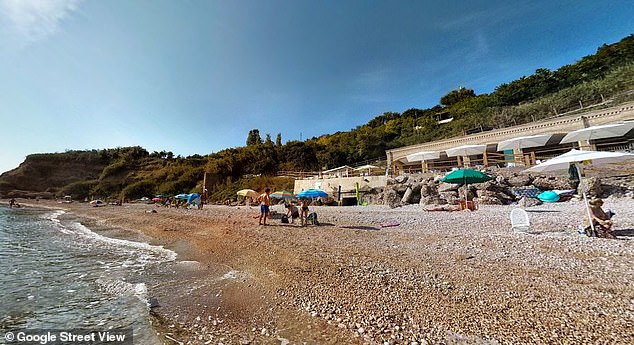 The victim was able to break free and ran into the sea just as law enforcement arrived. She was taken to hospital with a head injury and skin abrasions while Shaieb was arrested.

‘I thought he wanted to kill me,’ she reportedly told the doctors treating her.

Repubblica reported that Shaieb received it his protection status order from Italian authorities a month ago, almost one year after he arrived in Sicily, one of the European gateways for those who travel across the Mediterranean from Africa.

Italian deputy Prime Minister Matteo Salvini posted a furious tweet about the incident, describing the accused as a ‘worm’

‘A 20-year-old Somali, who arrived in Italy on a barge, strips naked and then attacks a 68-year-old woman, wounding her and sexually assaulting her. This is gratitude for obtaining protection from Italy! WORM!’ he wrote.

Salvini, a Eurosceptic often compared to Donald Trump, has criticized EU policy on refugees and asylum seekers for turning Italy into what he has called ‘Europe’s refugee camp’.