What will European leaders have made of Boris Johnson’s barnstorming speech on the steps of No 10 yesterday afternoon? He threw down the gauntlet to them as has never happened in the past three years.

They can’t have been in much doubt about his determination to deliver Brexit by October 31. He was splendidly clear that, in the event of No Deal, the EU would not receive its £39 billion divorce settlement negotiated with Theresa May.

Remember that EU chief negotiator Michel Barnier recently told the BBC that Mrs May had never specifically threatened No Deal — despite her oft-repeated mantra that ‘no deal is better than a bad deal’. 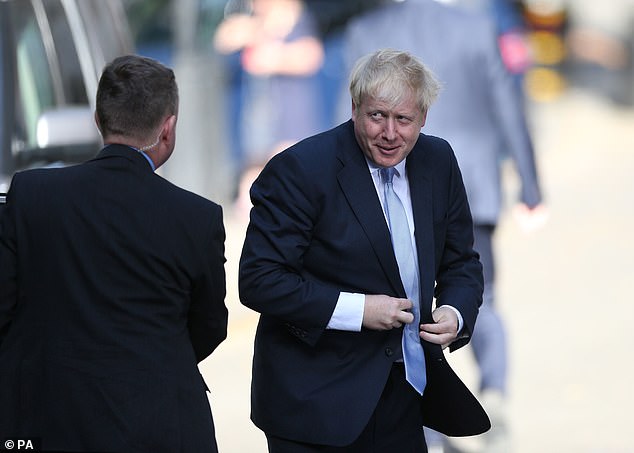 What will European leaders have made of Boris Johnson’s barnstorming speech on the steps of No 10 yesterday afternoon? He threw down the gauntlet to them as has never happened in the past three years

Indeed, Eurocrats such as him did their best to freeze out Mrs May, leaving her to cut a lonely figure during the Brexit negotiations.

If we believe Mr Barnier — and it is hard to understand why he should be lying — he and other Eurocrats must be dumbfounded to hear Mr Johnson proclaiming that, if need be, Britain will leave without a deal and renege on its payment to Brussels.

And last night Boris asked Michael Gove, seen as one of the most capable talents in Westminster, to accelerate cross-Government planning for No Deal.

More from Stephen Glover for the Daily Mail…

One could scarcely imagine a more emphatic statement of the new Prime Minister’s willingness to take us out of Europe without a deal than this appointment.

Of course, the EU may comfort itself with the thought that, when push comes to shove, Boris may be in no position to bring about No Deal even if he wants to. The parliamentary arithmetic is seemingly against him.

On the other hand, EU panjandrums can’t be sure that he couldn’t use Labour rebels to get No Deal through Parliament, or that he won’t call an election on the issue and win a bigger majority.

So there will be a lot of stunned and worried people in Brussels and around the capitals of Europe today. The question is whether a plausible threat of No Deal is likely to have any effect on the EU’s negotiating position.

We should obviously be cautious. When Mrs May was trying to force the Withdrawal Agreement through the Commons earlier in the year, some forecast that Brussels would give ground on the so-called backstop, which potentially binds Britain into the Customs Union for ever against its will.

It seemed to many — and still seems — a relatively trivial matter in the great scheme of things. Surely the EU wouldn’t jeopardise the Withdrawal Agreement over a border between Northern Ireland and the Republic, which (it is rightly argued by Boris and other Brexiteers) could be policed by non-intrusive means.

In the event, Brussels (with the Irish government breathing down its neck) wouldn’t budge. Mrs May’s bill duly foundered, and so she lost her job.

EU officials and the Irish government have in recent weeks endlessly repeated the formula that, while the legally non-binding political declaration might be re-opened to address British concerns over the backstop, there is absolutely no question of renegotiating the Withdrawal Agreement. 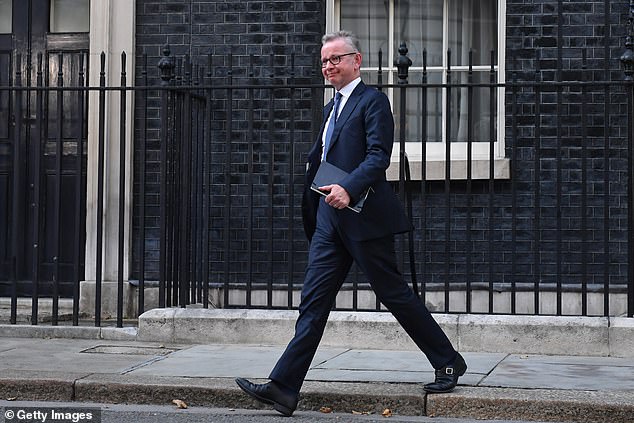 Last night Boris asked Michael Gove, seen as one of the most capable talents in Westminster, to accelerate cross-Government planning for No Deal

This remains the official position. But there are nonetheless hints here, and small clues there, that the EU’s intransigence may be beginning to crumble, or at any rate that some people are having second thoughts.

In Ireland, in particular, there are signs of increasing alarm at the prospect of No Deal, which was never considered a plausible outcome while Mrs May was in No 10. The country might suffer from No Deal more than Britain.

Half the country’s beef, timber and construction material exports are sold in the UK. More than two-thirds of goods exporters use Britain as a ‘land bridge’. Ireland would be badly hit by the inevitable chaos of No Deal, and by tariffs on its exports to the UK. 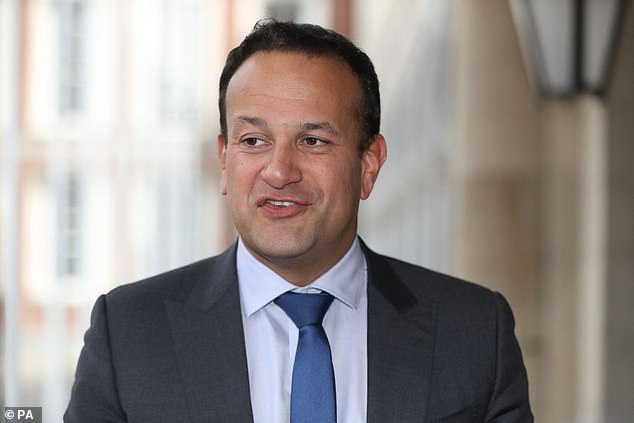 Almost for the first time, Leo Varadkar, the hitherto unbending prime minister of Ireland, is being criticised in the Irish Press

Almost for the first time, Leo Varadkar, the hitherto unbending prime minister of Ireland, is being criticised in the Irish Press. For example, the political editor of the Irish Times has suggested he get off his high horse.

There has, so far, been no change of policy on the part of the Irish. But Mr Varadkar has said that he will at least listen to alternatives to the existing arrangements concerning the Backstop.

Meanwhile, Ireland’s foreign minister Simon Coveney, having observed that a No-Deal Brexit would be a disaster for us all, has recently declared that the EU would be willing to change parts of the political declaration relating to the backstop.

Both Mr Varadkar and Mr Coveney have also repeatedly said that Ireland won’t accept a hard border with Northern Ireland in any eventuality — which happens to be Boris’s (and previously Mrs May’s) position.

If both sides agree there won’t be a hard border — in other words, that the border between the EU and the UK could be policed by non-intrusive means — one can’t help wondering what all the fuss is about. Is the gulf between the two parties really all that large?

Now that the Irish government is, for the first time, seriously contemplating the damage No Deal would inflict on Ireland’s economy, an agreement with Britain seems more likely.

Brussels also has powerful reasons for wanting to reach an accommodation, though it has legitimate concerns about preserving the sanctity of the Single Market, which would be threatened by a free-for-all across the Irish border.

There are reports of a multi-billion euro aid package for Ireland to shield it from the dire effects of a No-Deal Brexit. This is money other EU countries can ill-afford as the bloc’s major economy, Germany, teeters on the edge of recession.

The U.S.-China trade war, the cooling of the Chinese car market and fears of a No-Deal Brexit are casting a pall over German business confidence. According to one leading think-tank, the country’s manufacturing industry has effectively been in recession since mid-2018.

The German government is not only worried about the cost of bailing out Ireland — and it would undoubtedly be the major contributor to such a rescue plan.

It is also keenly aware of the impact on its already weakened economy of a No-Deal Brexit, and has every incentive to avoid such an outcome now that Boris Johnson has seriously put it on the cards. 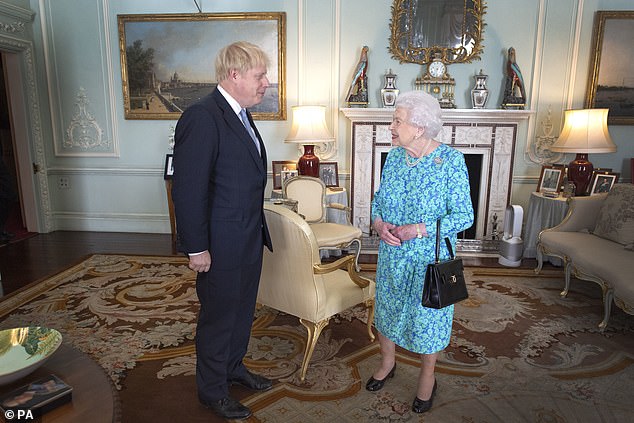 Boris’s threat is arguably in breach of international law, and of our legal commitment to pay future EU pension liabilities. But Brussels can hardly afford not to take him at his word

Moreover, the EU Commission in Brussels should take seriously the new Prime Minister’s statement that Britain won’t pay the £39 billion divorce settlement if we leave without a deal.

Boris’s threat is arguably in breach of international law, and of our legal commitment to pay future EU pension liabilities. But Brussels can hardly afford not to take him at his word.

Am I clutching at straws? There is certainly a danger in exaggerating the EU’s readiness to compromise. If we have learnt anything over the past three years, it is that Eurocrats are obstinate and doctrinaire, and very good at losing sight of the big picture — which is European prosperity.

But Boris has changed the game. For the first time, European leaders — and none more than those in Ireland — are genuinely terrified of No Deal and the consequences it might have on their economies.

Ursula von der Leyen, who becomes the new President of the European Commission on November 1 in succession to Jean-Claude Juncker, recently said that a no-deal Brexit would have ‘massively negative consequences’ for both Britain and the EU. She’s right.

In the end, both sides will have to compromise. But no such agreement will be possible without Boris keeping No Deal firmly and convincingly on the table. Those on the Tory side who threaten to take it off are playing with fire.

Mueller's high-stakes hearing day arrives with Trump claiming he's the victim of Democratic setup
Bella Italia and Cafe Rouge are on the brink of collapse with 6,000 jobs at risk
Ladie's tennis players most at risk of SUNBURN among all athletics in the Tokyo Olympics
Family-of-four killed in Highlands horror crash are pictured
Quarter of menopausal women over 50 would consider reducing their working hours over symptoms
Strictly PICTURE EXC: Faye Tozer enjoys a boozy birthday lunch with dance partner Giovanni Pernice
TikTok stars move in together to churn out their 15-second videos to 15MILLION delighted fans
School unions demand special 'bin maps' and paintbrush cleaning wardens