The former nurse of Professor Stephen Hawking has been struck off the nursing register after a panel found she failed to provide appropriate care to the late scientist.

The Nursing and Midwifery Council (NMC) said on Tuesday that Patricia Dowdy ‘failed to provide the standards of good, professional care that we expect and Professor Hawking deserved’.

Mrs Dowdy had faced multiple misconduct charges in relation to the care she provided to Prof Hawking.

The NMC said the charges included financial misconduct, dishonesty, not providing appropriate care, failing to cooperate with the NMC and not having the correct qualifications.

Prof Hawking died in March last year at the age of 76.

Matthew McClelland, director of fitness to practise at the NMC, said: ‘The panel has found Mrs Dowdy failed to provide the standards of good, professional care that we expect and Professor Hawking deserved. 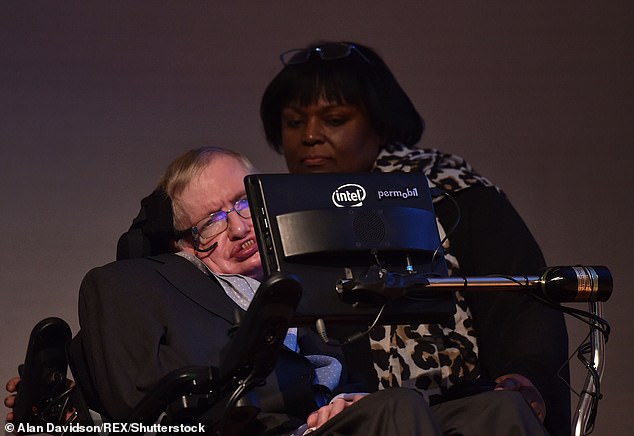 Patricia Dowdy (centre) and Stephen Hawking were seen together during his public appearances as she cared for him. However, her practice has now been slammed 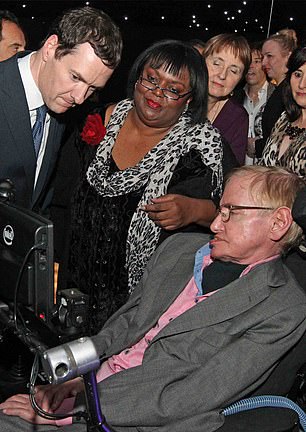 ‘As a result, Mrs Dowdy will no longer be able to practice as a nurse.

‘As the public rightly expects, in serious cases such as this – where a nurse has failed in their duty of care and has not been able to evidence to the panel that they have learned from their mistakes and be fit to practise – we will take action.

‘We have remained in close contact with the Hawking family throughout this case and I am grateful to them – as they approach the anniversary of Professor Hawking’s death – and others for sharing their concerns with us.

‘My thoughts are with the family at this difficult time.’

A spokesman for the Hawking family said in a statement issued by the NMC: ‘They had complete confidence in the NMC, and their thorough investigation, and trusted they would come to an independent conclusion based on the facts in the case.’